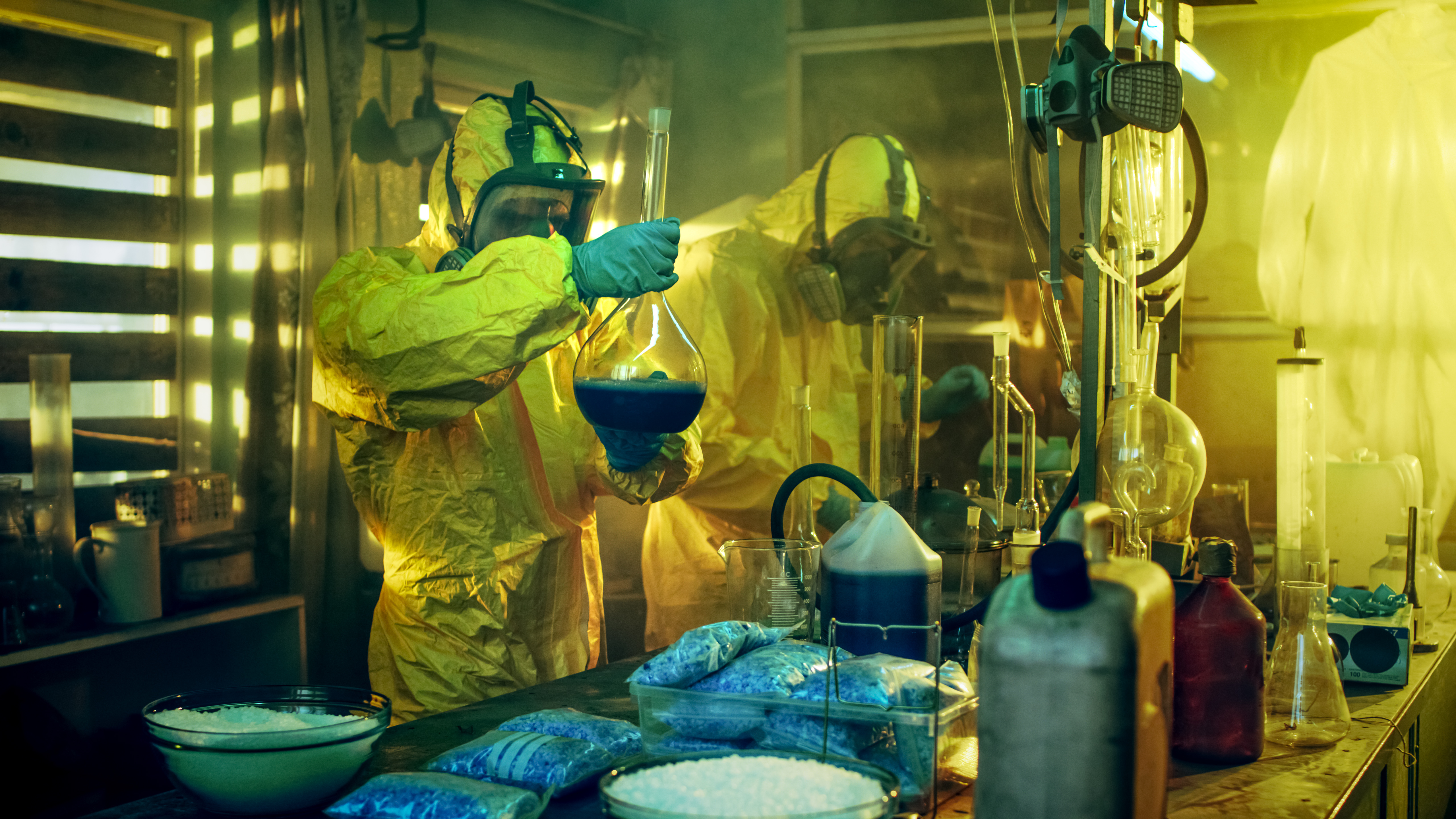 Researchers have developed designer molecules that may one day be able to seek out and trap deadly nerve agents and other toxic compounds in the environment – and possibly in humans.

The scientists, led by organic chemists from The Ohio State University, call these new particles “molecular baskets.” As the name implies, these molecules are shaped like baskets and research in the lab has shown they can find simulated nerve agents, swallow them in their cavities and trap them for safe removal.

In a new study published in Chemistry – A European Journal, the researchers took the first step in creating versions that could have potential for use in medicine.

“Our goal is to develop nanoparticles that can trap toxic compounds not only in the environment, but also from the human body,” said Jovica Badjić, leader of the project and professor of chemistry and biochemistry at Ohio State.

The research focuses on nerve agents, sometimes called nerve gas, which are deadly chemical poisons that have been used in warfare.

In a study published last year in the Journal of the American Chemical Society, Badjić and his colleagues created molecular baskets with amino acids around the rims.  These amino acids helped find simulated nerve agents in a liquid environment and direct them into the basket.

The researchers then started a chemical reaction by shining a light with a particular wavelength on the baskets. The light caused the amino acids to shed a carbon dioxide molecule, which effectively trapped the nerve agents inside the baskets. The new molecule complex, no longer soluble in water, precipitates (or separates) from the liquid and becomes a solid.

“We can then very easily filter out the molecular baskets containing the nerve agent and be left with purified water,” Badjić said.

The researchers have since created a variety of molecular baskets with different shapes and sizes, and different amino acid groups around the rim.

“We should be able to develop baskets that will target a variety of different toxins,” he said.  “It is not going to be a magic bullet – it won’t work with everything, but we can apply it to different targets.”

While this early research showed the promise of molecular baskets in the environment, the scientists wanted to see if they could develop similar structures that could clear nerve agents or other toxins from humans.

In this case, you wouldn’t want the baskets with the nerve agents to separate from the blood, Badjić said, because there would be no easy way to remove them from the body.

In their new paper, Badjić and his colleagues developed a molecular basket with a particular type of amino acid – glutamic acid – around its rim.  But here they experimented with the ejection of multiple carbon dioxide molecules when they exposed the molecular baskets to light.

In this case, they found that the molecular baskets could trap the simulated nerve agents as they did in the previous research, but they did not precipitate from the liquid.  Instead, the molecules assembled into masses.

“We found that they aggregated into nanoparticles – tiny spheres consisting of a mass of baskets with nerve agents trapped inside,” he said.

“But they stayed in solution, which means they could be cleared from the body.”

Of course, you can’t use light inside the body. Badjić said the light could be used to create nanoparticles outside the body before they are put into medicines.

But Badjić noted that this research is still basic science done in a lab and is not ready for use in real life.

“I’m excited about the concept, but there’s still a lot of work to do,” he said

Co-authors on the Chemistry – A European Journal paper were Sarah Border, Radoslav Pavolić, Lei Zhiquan and Michael Gunther from Ohio State; and Han Wang and Honggang Cui from The Johns Hopkins University.

The study was supported by a grant from the National Science Foundation.