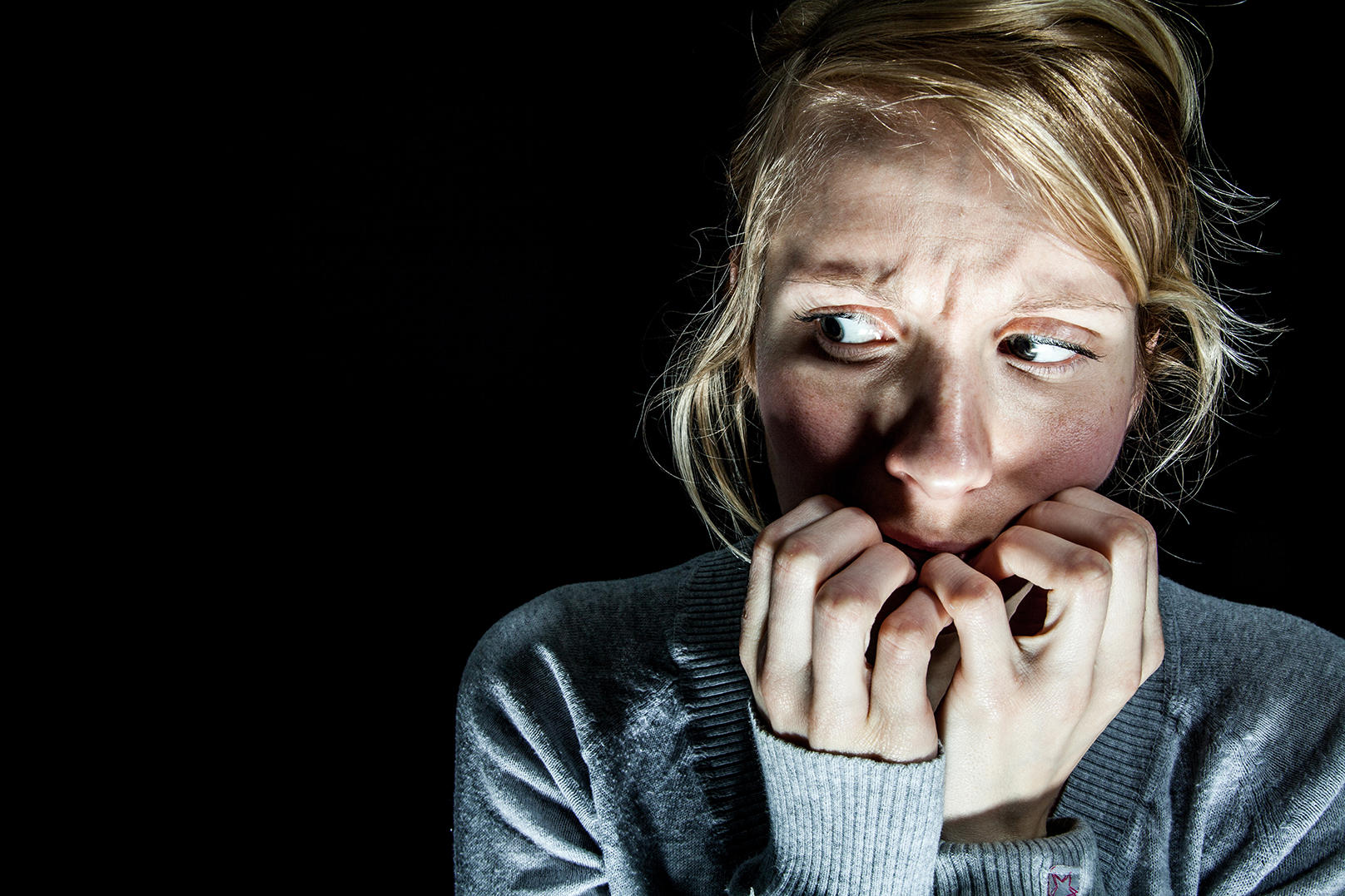 Researchers at the Ohio State University postulate that how people react to fear, even in movies and television shows, is based on genetics. (Credit: Shutterstuck)

Whether or not you enjoy being chased by ghosts, zombies and murderous-looking clowns can all be explained by genetics.

Researchers at the Ohio State University have divided people into two groups—those who embrace horror movies and frightening experiences and those who do not.

Dr. Katherine Brownlowe, a psychiatrist with The Ohio State University Wexner Medical Center who studies the science of fear, explained that genetic differences cause some people to have more subdued responses to fear signals that come from the brain, a personality trait sometimes called “sensation seeking.”

“Sometimes fear can be fun, like in a haunted house or a scary movie,” Brownlowe said in a statement. “You cognitively know that you’re in a safe situation, but you can tickle your amygdala response a bit.”

Brownlowe also said other people avoid threats—even if they are in movies and television shows—because their brains do not interpret responses to fear as pleasurable and they’re more sensitive to frightening situations.

The response to fear comes from the part of the brain called the amygdala. Common responses to fear include when your body freezes up, your heart rate or breath rate quickens, blood vessels in your extremities constrict, your mental focus sharpens and you have a fearful emotional response like a blood-curdling scream.

Similar to adults, children also react differently to fear. However, younger children also lack the brain mechanism to understand that a scary character or a Halloween mask isn’t real.

“The little ones still live in a world where monsters under the bed could be an actual possibility,” Brownlowe added.

She also gave simple advice to those people who have a fear of strolling through a haunted house or watching a scary movie.

“Many people are happy to stick in their safe zones,” she said. “If you tend toward anxiety in fearful situations or don’t enjoy them – by all means, skip them.”

Brownlowe suggested if you find yourself in an uncomfortable situation—try breathing and practicing mindfulness techniques to keep your brain grounded.

The psychiatrist also drew upon her own fear of roller coasters by riding a kiddie coaster with a friend until it was boring and then moved on to bigger rides.

“Expose yourself to whatever you’re scared of in a controlled environment, starting briefly and lengthening over time,” she concluded. “The goal is for the brain to become used to feeling safe in that situation until you’re no longer afraid.”