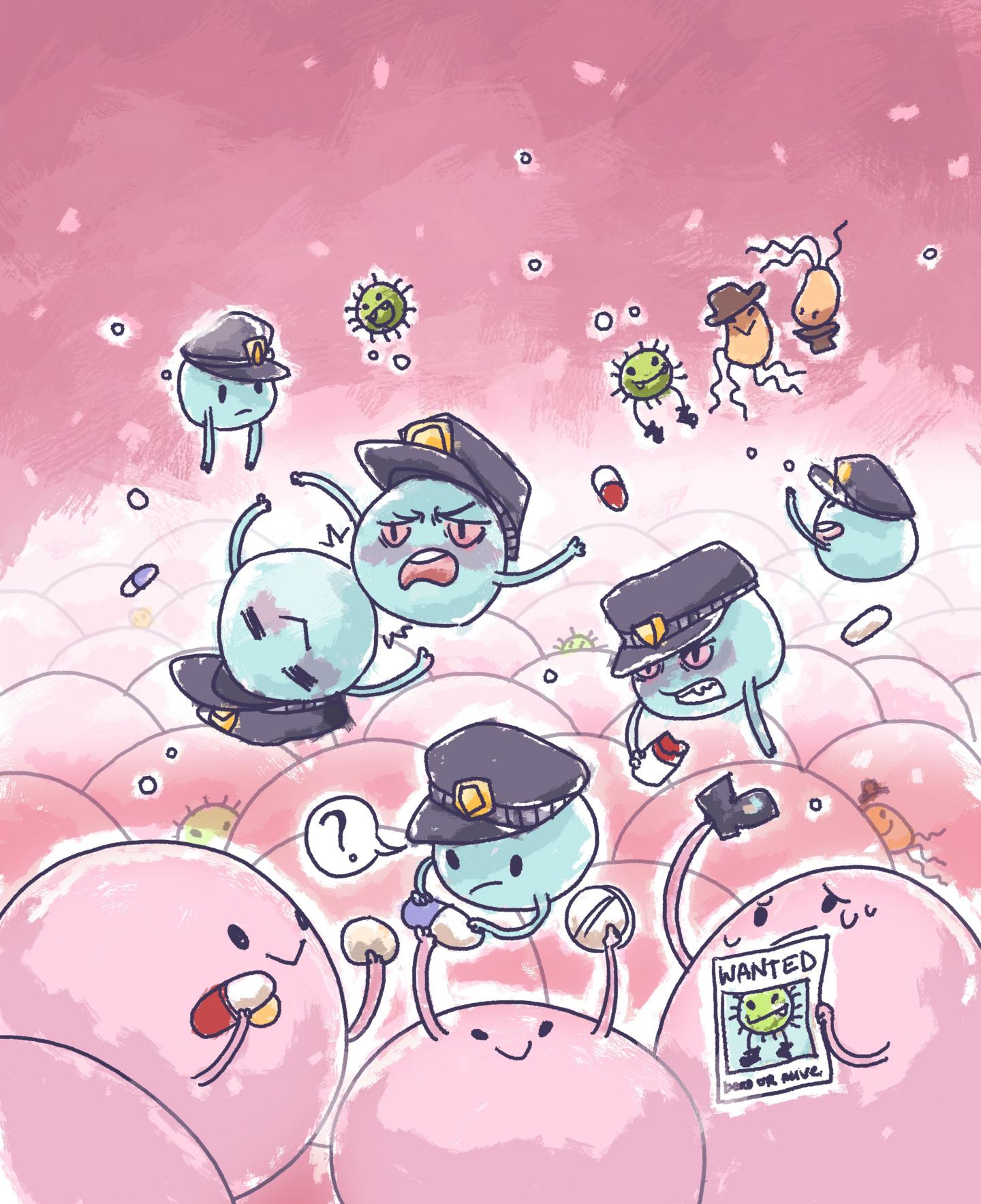 MAIT cells are part of the regiment of immune cells that protect us from infection. While patrolling our bodies, MAIT cells rely heavily on clues given to them by the cellular ‘general public.’ However, could some of the medicines we take to feel better, actually be compromising our immune system? Keller et al show how the cells in our body can mistake therapeutic drugs for cues of infection, inadvertently ‘dealing’ them to our immune system and compromising the integrity of our MAIT cell guardians. Source: Vanette Tran, Monash University

Australian researchers are a step closer to understanding immune sensitivities to well-known, and commonly prescribed, medications.

Many drugs are successfully used to treat diseases, but can also have harmful side effects. While it has been known that some drugs can unpredictably impact on the functioning of the immune system, our understanding of this process has been unclear.

The team investigated what drugs might activate a specialised type of immune cell, the MAIT cell (Mucosal associated invariant T cell). They found that some drugs prevented the MAIT cells from detecting infections (their main role in our immune system), while other drugs activated the immune system, which may be undesirable.

The results, published in Nature Immunology overnight, may lead to a much better understanding of, and an explanation for, immune reactions by some people to certain kinds of drugs. The findings may also offer a way to control the actions of MAIT cells in certain illnesses for more positive patient outcomes.

The multidisciplinary team of researchers are part of the ARC Centre of Excellence in Advanced Molecular Imaging, and stem from Monash University, The University of Melbourne and The University of Queensland. Access to national research infrastructure, including the Australian synchrotron, was instrumental to the success of this Australian research team.

“They protect the body by ‘checking’ other cells for signs of infection and activating the immune system when they detect an invader,” he said.

“This arrangement is dependent on both the T cells knowing what they’re looking for, and the other cells in the body giving them useful information.”

University of Melbourne Dr Sidonia Eckle from the Peter Doherty Institute for Infection and Immunity said the implications point to possible links between known drug hypersensitivities and MAIT cells.

“A greater understanding of the interaction between MAIT cells and other host cells will hopefully allow us to better predict and avoid therapeutics that influence and cause harm,” she said.