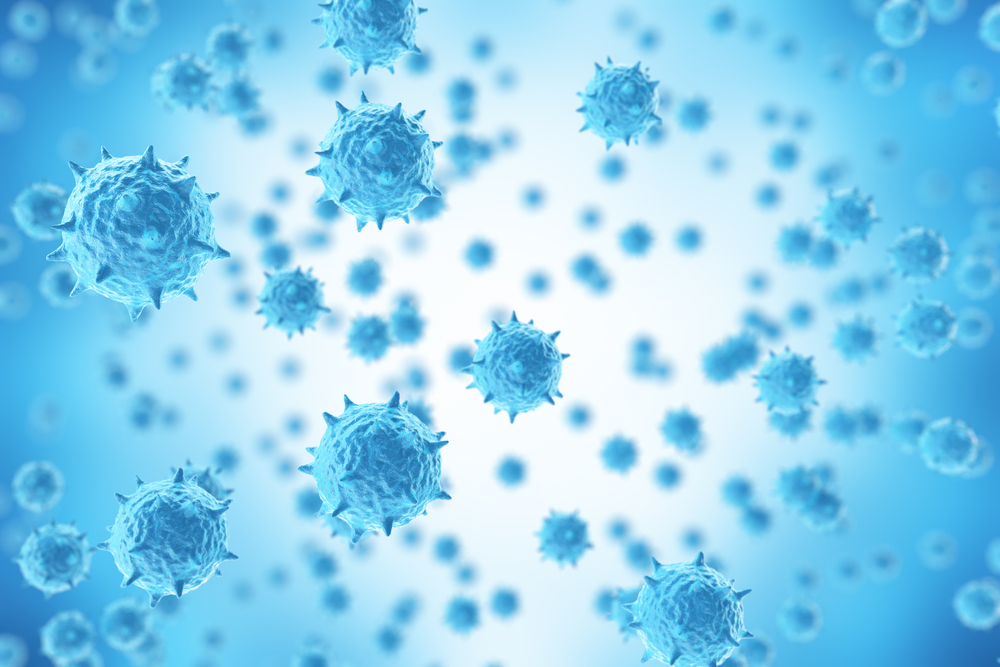 A chance discovery has opened up a new method of finding unknown viruses.

In research published in the journal Virus Evolution, scientists from Oxford University’s Department of Zoology have revealed that Next-Generation Sequencing and its associated online DNA databases could be used in the field of viral discovery. They have developed algorithms that detect DNA from viruses that happen to be in fish blood or tissue samples, and could be used to identify viruses in a range of different species.

Next-Generation Sequencing has revolutionised genomics research and is currently used to study and understand genetic material. It allows scientists to gather vast amounts of data, from a single piece of DNA, which is then collated into huge, online, genome databases that are publicly accessible.

Dr Aris Katzourakis and Dr Amr Aswad, Research Associates at Oxford’s Department of Zoology, initially discovered the new use for the database, by chance. While looking for an ancient herpes virus in primates, they found evidence of two new undocumented viruses.

Spurred by their accidental discovery, they set out to see if they could intentionally achieve the same result. In a separate project to find new fish-infecting herpes viruses, they used the technique to examine more than 50 fish genomes for recognisable viral DNA. Sure enough, in addition to the herpes viruses they were expecting to find, the researchers identified a distant lineage of unusual viruses – that may even be a new viral family. The traits were found scattered in fragments of 15 different species of fish, including the Atlantic salmon and rainbow trout.

To confirm that the viral evidence was not simply a fluke, or a data processing error, they tested additional samples from a local supermarket and sushi restaurant. The same viral fragments were found in the bought samples.

Study author Dr Aris Katzourakis, from Oxford University’s Department of Zoology, said: ‘In the salmon genome we found what seems to be a complete and independent viral genome, as well as dozens of fragments of viral DNA that had integrated into the fish DNA. We know from recent studies that viruses are able to integrate into the genome of their host, sometimes remaining there for millions of years. In this case, it looks like the virus may have acquired the ability to integrate by stealing a gene from the salmon itself, which explains how it has become so widespread in the salmon genome.’

The key to the success of this research is in its inter-disciplinary approach, combining techniques from two fields: evolutionary biology and genomics. Together, these are at the core of the new field of paleovirology – the study of ancient viruses that have integrated their DNA into that of their hosts, sometimes millions of years ago. Each technique used has been developed to analyse huge quantities of DNA sequence data.

Co-author and Research Associate at Oxford’s Department of Zoology and St. Hilda’s College, Dr Amr Aswad, said: ‘Discovering new viruses has historically been biased towards people and animals that exhibit symptoms of disease. But, our research shows how useful next generation DNA sequencing can be in viral identification. To many, viral DNA in say, chimp or falcon data is a nuisance, and a rogue contaminant that needs to be filtered from results. But we consider these an opportunity waiting to be exploited, as they could include novel viruses that are worth studying – as we have found in our research. We could be throwing away very valuable data.’

Finding new viruses has historically not been an easy process. Cells do not grow on their own, so must be cultured in a laboratory before they can be analysed, which involves months of work. But the Oxford research represents a massive opportunity for the future.

Beyond this study, the approach could be used to identify viruses in a range of different species, particularly those known to harbour transmissible disease. Bats and rodents, for example, are notorious carriers of infectious disease that they are seemingly immune to. Insects such as mosquitoes are also carriers of viral diseases that harm humans, such as Zika. If applied effectively the method could uncover other viruses before an outbreak even happens.

Dr Katzourakis added: ‘One of the real strengths of this technique, as compared to more traditional virology approaches, is the speed of discovery, and the lack of reliance on identifying a diseased individual. The viral data collected, that may otherwise be discarded as a nuisance, is a unique resource for looking for both pathogenic and benign viruses that would otherwise have remained undiscovered.’

The team will next begin to identify the impact of the viruses and whether they have any long term implications for disease, or commercial fish-farming. While an infectious virus may not cause disease in its natural host – in this case, fish. there is a risk of cross-species transmission to either farmed fish or wild populations.

However, the risk to humans is minimal. Dr Aris Katzourakis said: ‘Put it this way, I’m not going to stop eating sashimi.’