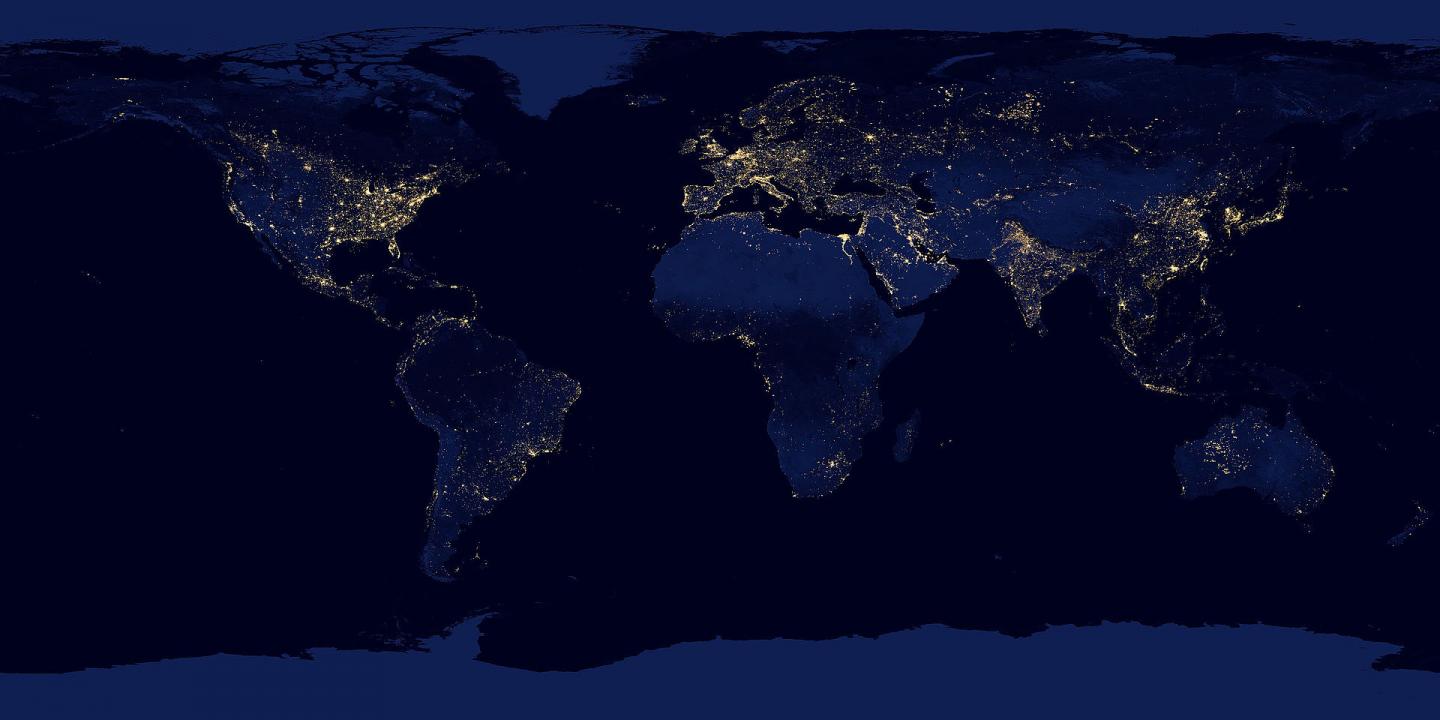 Satellite images that capture short-term changes in population size in communities in the developing world can help vaccination campaigns achieve more complete coverage to help prevent and control disease outbreaks. A team of researchers led by Penn State scientists have combined satellite imagery, vaccination records, and measles case reports to illustrate how using predictable population fluctuations can help to improve vaccination coverage — a vital factor in combatting infectious disease outbreaks. The research is published in the October 5, 2016 edition of the journal Scientific Reports.

“Access to vaccinations, and other preventative health services, is limited in much of the developing world,” said Nita Bharti, assistant professor of biology at Penn State and an author of the paper. “We’ve shown, however, that access to vaccines isn’t static through time. The same seasonal gatherings of people that we’ve previously shown to correlate with times of disease transmission risk could also be used to better target public health interventions — taking advantage of times of high population density to more efficiently distribute care.”

The researchers studied a measles outbreak in Niamey, Niger that resulted in over 10,000 cases and nearly 400 deaths in 2003 and 2004. Population estimates available at the time of a vaccination campaign to combat the outbreak did not take into account seasonal migrations into Niamey. This missing information led to an underestimate of the population in Niamey and therefore an overestimate of the proportion of children vaccinated during the campaign. The team used satellite images of nighttime lights in Niamey to more accurately estimate the size of the population at the time of the outbreak and estimate the percentage of the population that received the vaccination. The team’s retrospective estimates much more closely matched actual measurements of the coverage of the vaccination campaign that were made following the outbreak.

“Lots of recent work has been done on remote measures of human movement,” said Bharti. “Satellites are actually a pretty old technology compared to cell phones and social media. But satellite-based measures are really appealing, because we can look back in time and assess trends in patterns of human movement and distribution. Cell phones are an exciting new technology and have great potential for public health outreach, but the rapid rate of adoption means that we need to be careful about interpreting trends — the patterns might reveal changes in behavior, or they might just reflect trends in accessibility to phones.”

The researchers further constructed a computer model based on population estimates from satellite images, vaccination records, and measles case studies to simulate measles outbreaks and evaluate the effectiveness of vaccination strategies. Their models showed that in a reactive vaccination campaign — one that tries to control an ongoing outbreak — early intervention was the most effective, regardless of fluctuating population size. The model also showed that the coverage and reach of a preventative vaccination campaign — one that tries to prevent outbreaks before they start — could be improved by timing the campaigns with peaks in population size.

“Human movement and gathering have been a big part of understanding the epidemiology of directly transmissible diseases, like measles,” said Matthew Ferrari, associate professor of biology and statistics at Penn State and an author of the paper. “What was exciting about this project was to turn that phenomenon into a potential solution. Rather than looking at times of large gatherings — harvest season, or cultural festivals — as high risk periods, we can look at them as opportunities to serve people who are normally beyond the reach of conventional health systems.”

The researchers also showed that estimates of population fluctuations based on satellite images of nighttime lights in two other cities in Niger, Maradi and Zinder, could be used to coordinate vaccination campaigns and other public health interventions even when detailed vaccination records or disease case studies are not available. With the satellite data, the effectiveness of vaccination campaigns can be maximized by coordinating with predictable seasonal peaks in population size in the cities, expanding the reach of the campaign to many people who might otherwise have been missed.

“There’s a lot of discussion about the difficulty of reaching the ‘last mile,’ those people who are well beyond the reach of the conventional health system,” said Ferrari. “But if we recognize that the ‘last mile’ is a moving target because populations are constantly in flux, then we can target efforts in ways to make more efficient use of limited public health resources. Remote measures, like satellite imagery, allow us to make pretty rapid assessment of regular movements that could lead to better targeting — it doesn’t replace ‘boots on the ground’ evaluation, but it could go a long way to helping to prioritize efforts.”