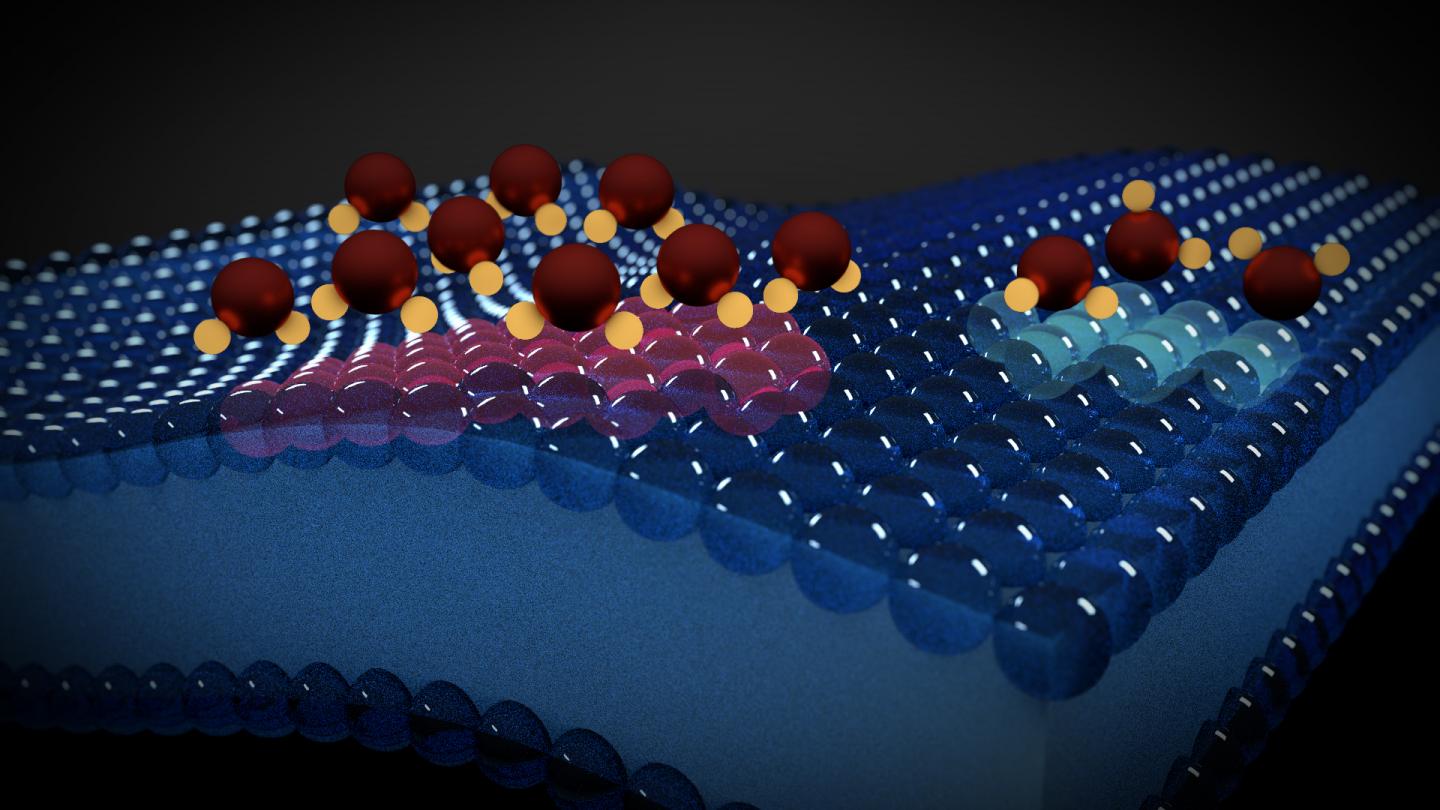 EPFL researchers were able to map out in real time how charges are transported across and along membranes simply by observing the behavior of adjacent water molecules. Credit: Jamani Caillet/EPFL

Every human cell is encased in a five-nanometer-thick lipid membrane that protects it from the surrounding environment. Like a gatekeeper, the membrane determines which ions and molecules can pass through. In so doing, it ensures the cell's well-being and stability and allows it to communicate via electrical signals.

Researchers from the Laboratory for fundamental BioPhotonics (LBP) in EPFL's School of Engineering were able to track these moving charges in real time in a completely non-invasive manner. Rather than observing the membranes themselves, they looked at the surrounding water molecules, which, in addition to keeping the membrane intact, change orientation in the presence of electrical charges. So by 'reading' their position, the researchers were able to create a dynamic map of how charges are transported across a membrane.

The researchers' method has just been published in the journal Proceedings of the National Academy of Sciences (PNAS). It could shed light on how ion channels function, along with other processes at work in membranes. This clinically viable method could potentially also be used to directly track ion activity in neurons, which would deepen researchers' knowledge of how nerve cells work. "Water molecules can be found wherever there are lipid membranes, which need these molecules to exist," says Sylvie Roke, head of the LBP. "But until now, most studies on membranes didn't look at these molecules. We've shown that they contain important information."

To probe the lipid membranes' hydration, the researchers combine two lasers of the same frequency (femtosecond pulses) in a process that generates photons with a different frequency: this is known as second-harmonic light. It is generated only at interfaces and reveals information on the orientation of water molecules. "We can observe what's happening in situ, and we don't need to modify the environment or use bulky markers like fluorophores that would disturb water molecules' movement" says Orly Tarun, the publication's lead author.

With this method, the researchers observed charge fluctuations in membranes. Such fluctuations were previously unknown and hint at much more complex chemical and physical behavior than is currently considered.