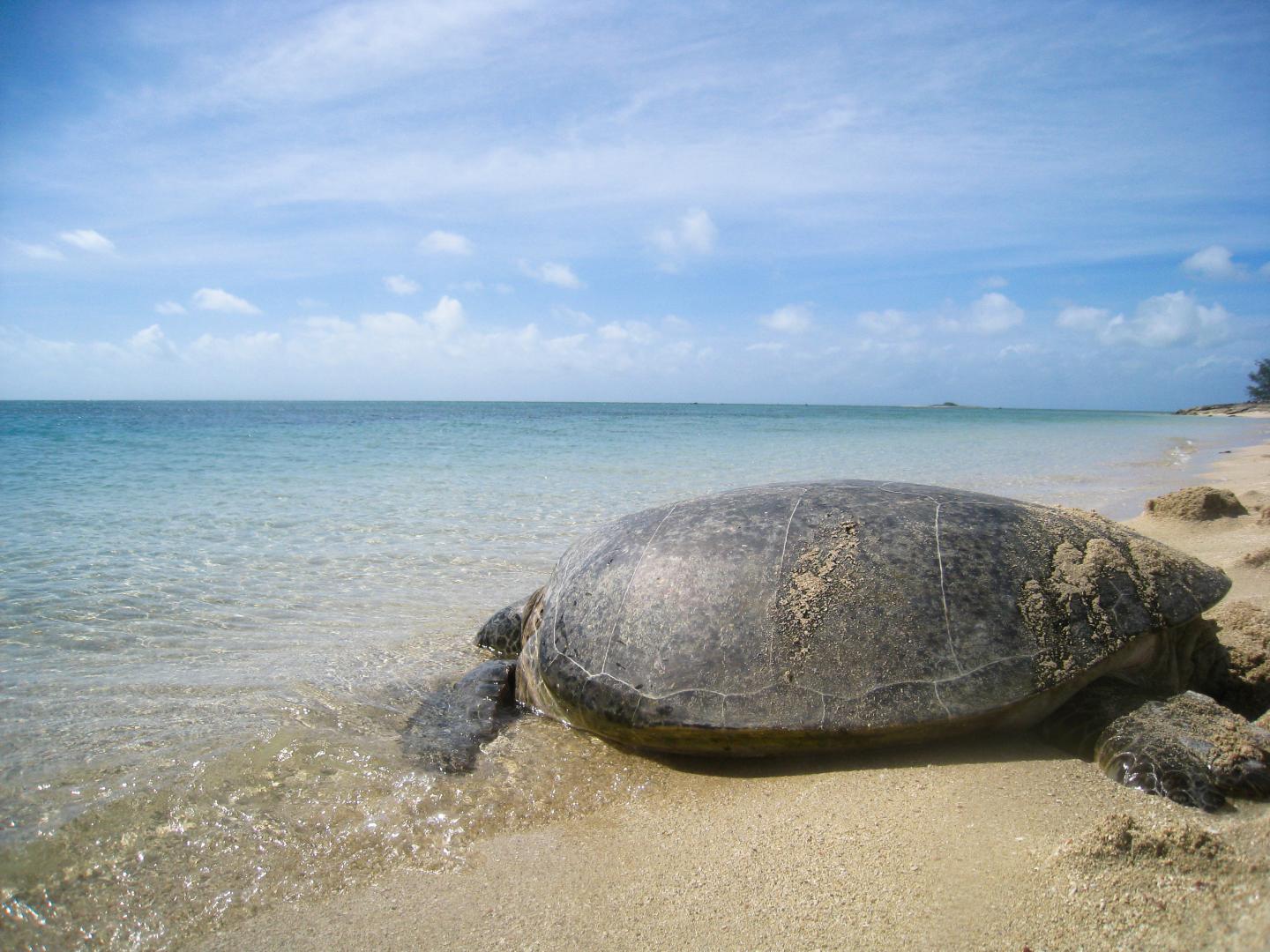 As temperatures continue to rise, sea turtle demographics are changing to the point where the long-term sustainability of the species may be in question.

New data analyzed by researchers in the U.S. and Australia suggests that warming temperatures are turning one of the world’s largest sea turtle colonies almost entirely female, putting the future of the species at risk in the coming decades.

The sex of turtle hatchlings is determined by sand temperatures, with warmer temperatures resulting in more females.

Over the course of the last two decades, temperatures have increased in Australia’s northern Great Barrier Reef, which holds some of the largest turtle populations in the world, to the point where there are virtually no male turtles being produced from the nesting beaches.

Researchers previously determined the sex of individual hatchlings through anatomical exams at nesting beaches, providing only a snapshot in time from only a few nests.  In the new study, the researchers used a combination of endocrinology and genetics to assess the sex of hundreds of turtles across a large foraging ground to reveal the sex ratio of immature and mature turtles from different nesting beaches over many years.

“This has given us an important new window into demographic changes in these populations over the last several decades, which have gone undetected until now,” Michael Jensen, a research biologist at NOAA Fisheries’ Southwest Fisheries Science Center in La Jolla, Calif., and lead author of the new research, said in a statement. “The disconcerting thing is that we can now see how changes in the climate could affect the longevity of this and other sea turtle populations around the world.”

Green sea turtles are protected under the Endangered Species Act and listed as endangered on the International Union for the Conservation of Nature’s Red List. There are an estimated 200,000 females nesting on beaches in the northern Great Barrier Reef, the majority of which are located on two small coral cays.

Sea turtles, which are among the most ancient species roaming the oceans, have long adjusted to shifting climates. Increasing numbers of females may at first boost the population’s reproductive potential. However, modern climate may be changing faster than the turtles can adjust to it.

“The pace of change affecting these populations is probably unlike anything they have experienced before,” research biologist Camryn Allen, Ph.D., of NOAA Fisheries’ Pacific Islands Fisheries Science Center, and a coauthor of the new research, said in a statement. “We know that species evolve in response to climate and other environmental changes, but they need time for that.

“Unfortunately in this case, that may be one thing they do not have,” she added.

The results could spur wildlife managers to consider strategies to lower incubation temperatures at key rookeries around the world to boost the ability of local turtle populations to adapt to changing environments to maintain the populations.

The study was published in Current Biology.