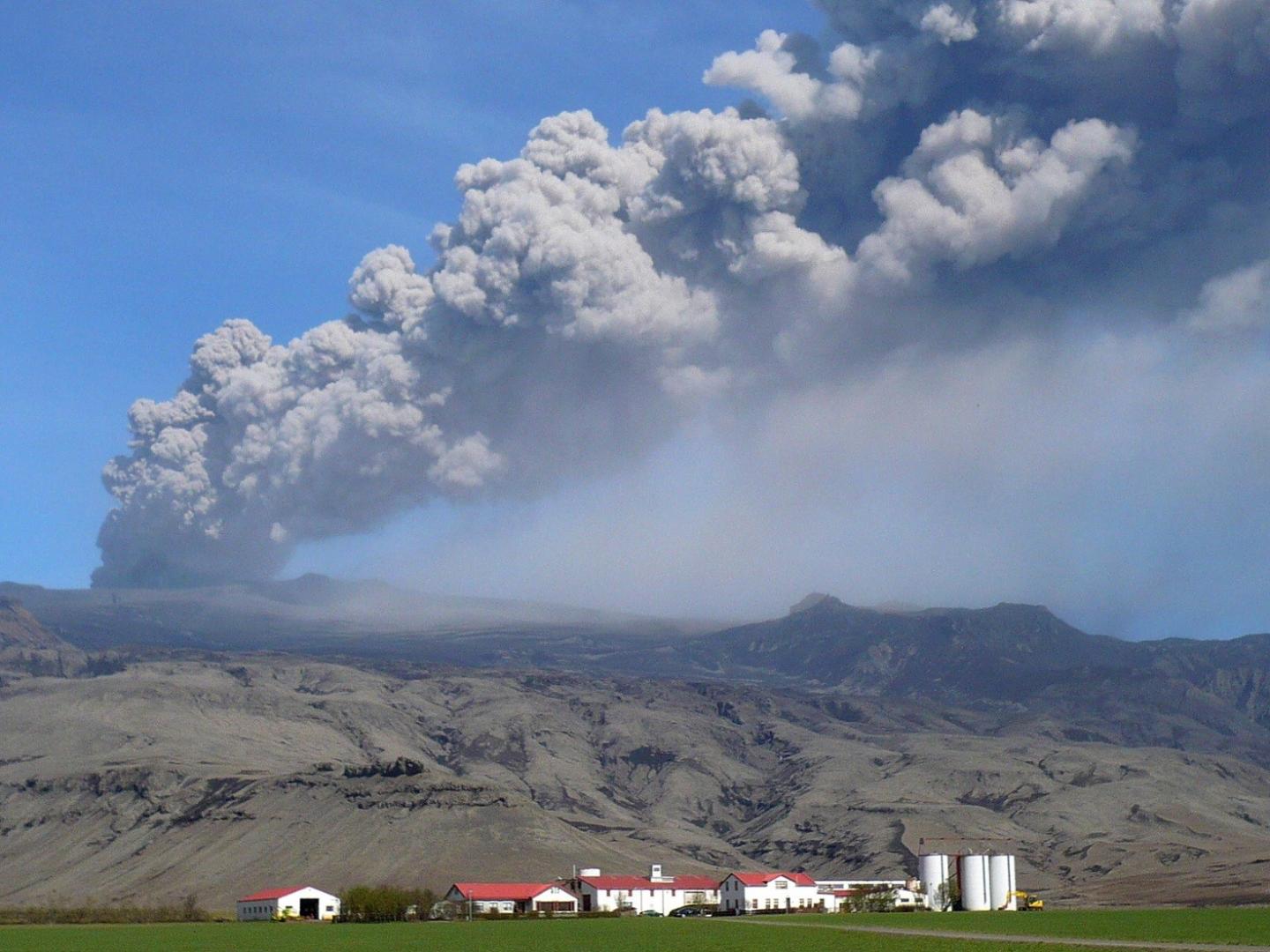 This is the 2010 eruption of Eyjafjallajkull, Iceland. Credit: Susanna Jenkins

New research, led by the University of Bristol, has provided fresh insight into how huge volcanic ash plumes, which can critically disrupt aviation and cause major impact on the ground, are transported in the atmosphere.

In 2010, the eruption of the Icelandic volcano Eyjafjallajkull caused widespread travel chaos, with the cancellation of more than 100,000 flights and economic losses of $200 million per day.

By using high-resolution meteorological modelling of volcanic eruptions on the Caribbean island of St Vincent, the research, published today in the journal Scientific Reports, aims to improve how we respond to explosive volcanic eruptions, and better forecast volcanic ash dispersal.

An international team of researchers from institutions including the Universities of Bristol, East Anglia, Oxford, Kyoto, Earth Observatory Singapore and the West Indies has shown how it is the interaction of the dynamics of the atmosphere with volcanic plumes that produces the complex patterns of ash transport which threaten aviation and cause impacts on the ground.

The team used a combination of high-resolution meteorological modelling, archives of historical observations of eruptions, and field measurements of ash deposits, to reconstruct two eruptions of Soufrière St Vincent, an island volcano in the Caribbean.

The island topography, steady trade wind patterns, and very detailed archives of historical eyewitness accounts and field measurements for eruptions in 1902 and 1979 made St Vincent an ideal location for the study.

Using high-resolution simulations of the atmospheric conditions, the team identified how the wind flow around the volcano topography controls ash deposit patterns around the volcano on the island, and surprisingly, at much greater distances.

First author and atmospheric modeller Alex Poulidis (Kyoto University) says “The volcano shape affects the wind patterns and atmospheric conditions, influencing ash deposition over hundreds of km from St Vincent, including on the island of Barbados, 180 km away”.

Poulidis’ simulations reproduced ash deposit thicknesses, and ash cloud arrival times, on St Vincent for the smaller 1979 eruption, and at a range of locations including other Caribbean islands and ships up to 1700 km away for the much larger 1902 eruption.

The simulations also show how wind patterns can trap ash in layers in the atmosphere, similar to those observed for the Icelandic volcano Eyjafjallajkull, at concentrations sufficient to be a threat for aviation. These layers act as sources of ash which are then dispersed along different atmospheric pathways.

Recent reanalysis of volcanic ash deposits following the Eyjafjallajkull eruption has shown that ash deposits often have unexpected peaks in thickness far from the volcano.

The team’s modelling results show that the combination of different atmospheric layer sources, and the range of particle sizes of the ash, can reproduce the peaks in ash deposit thickness measured for the 1902 eruption of St Vincent.

The study lead, volcanologist Dr Jeremy Phillips from the University of Bristol’s School of Earth Sciences, said: “Taken as a whole, the results show that the combination of the atmosphere and eruption lead to complex ash transport patterns.

“Being able to reproduce these with meteorological models advances our capability to react to volcanic eruptions, and to forecast airborne and ground level ash concentrations during eruptions.”