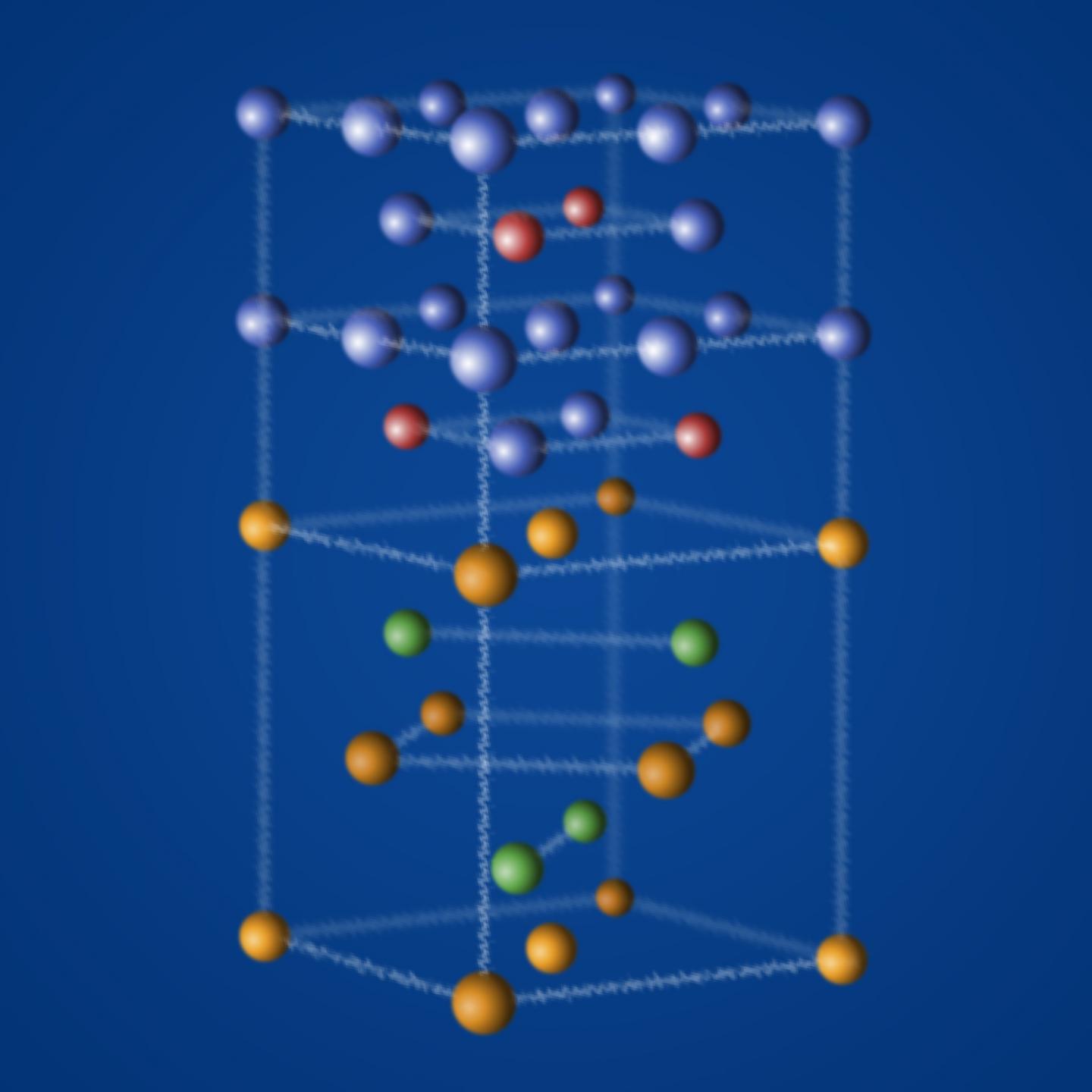 The development of spintronics depends on materials that guarantee control over the flow of magnetically polarized currents. However, it is hard to talk about control when the details of heat transport through the interfaces between materials are unknown. This “thermal” gap in our material knowledge has just been filled thanks to the Polish-German team of physicists, who for the first time described in detail the dynamic phenomena occurring at the interface between a ferromagnetic metal and a semiconductor.

Spintronics has been proposed as a successor of the omnipresent electronics. In spintronic devices, electric currents are being replaced by spin currents. One promising material for this type of application seems to be a gallium arsenide/iron silicide heterostructure: for every four electrons passing through this interface, as many as three carry information about the direction of the magnetic moment. So far, however, little was known about the dynamic properties of the interface, which determine the heat flow. A cooperation between the Institute of Nuclear Physics of the Polish Academy of Sciences (IFJ PAN) in Cracow, the Karlsruhe Institute of Technology (KIT), the Paul Drude Institut für Festkörperelektronik in Berlin and the DESY research Centre in Hamburg has finally helped to close this gap.

“The systems of Fe3Si iron silicide and GaAs gallium arsenide are special. Both materials differ significantly in properties: the first is a very good ferromagnetic material, the other is a semiconductor. On the other hand, the lattice constants, i.e. characteristic distances between atoms, differ only by 0.2% in both materials, so they are almost identical. As a result, these materials combine well, and there are no defects or significant stresses near the interface,” says Dr. Przemyslaw Piekarz (IFJ PAN).

The Polish group focused on the preparation of a theoretical model of crystal lattice vibrations in the tested structure. The PHONON computer program, created and developed over the last 20 years by Prof. Krzysztof Parlinski (IFJ PAN), played an important role here. Using the basic laws of quantum mechanics, the forces of interactions between atoms were calculated, and this allowed to solve equations describing the motion of atoms in crystal networks.

Dr. Malgorzata Sternik (IFJ PAN), who performed most of the calculations, explains: “In our model, the substrate is gallium arsenide, and its outermost layer consists of arsenic atoms. Above it there are alternately arranged iron-silicon and iron layers. Atomic vibrations are different for a solid crystal, and near the interface. This is why we studied how the spectrum of vibrations changes depending on the distance from the interface”.

The dynamics of atoms in crystals is not random. Crystalline materials are characterized by a long-range order. As a consequence, the motion of atoms is not chaotic here, but it follows certain, sometimes very complex, patterns. Transverse acoustic waves are mainly responsible for heat transfer. This means that when analyzing the lattice dynamics, the researchers had to pay special attention to the atomic vibrations occurring in the plane parallel to the interface. If the vibration waves of the atoms in both materials were matched to each other, heat would effectively flow through the interface.

“Measuring the spectrum of atomic vibrations in ultrathin layers is one of the grand challenges in the experimental solid state physics,” explains the leading scientist Dr. Svetoslav Stankov (KIT) and adds: “Thanks to the outstanding performance of the synchrotron radiation sources we are able nowadays, by nuclear inelastic scattering, to directly measure the energy spectrum of atomic vibrations in nanomaterials with very high resolution. In our experiment the synchrotron beam was oriented parallel to the plane of the interface. In this way we were able to observe atomic vibrations parallel to the Fe3Si/GaAs interface. Furthermore, the experimental method is element specific implying that the obtained data are practically free from background, or other artefacts.”

Ge/Fe3Si/GaAs samples containing various numbers of Fe3Si monolayers (3, 6, 8 and 36) were prepared at the Paul Drude Institut für Festkörperelektronik by Jochen Kalt, a PhD student at the Karlsruhe Institute of Technology. The experiment was carried out at the Dynamics Beamline P01 of the synchrotron radiation source Petra III in Hamburg.

It turned out that despite the similar lattice parameters of both materials, the vibrations of the interface atoms differ drastically from those in the bulk. The first principles calculations were perfectly in line with the experimental observations, reproducing the novel features in the energy spectrum of interface atomic vibrations.

“The almost perfect match between theory and experiment paves the way towards interface phonon nanoengineering that will lead to the design of more efficient thermoelectric heterostructures and will stimulate further progress in thermal management and nanophononics,” concludes Dr. Stankov.

The Fe3Si/GaAs interface has proven to be a perfect model system for studying dynamic and spintronic interface phenomena. In the future the research team plans to extend this work to better understanding the electronic and magnetic properties of this promising material. The research is funded by the Helmholtz Association (HGF, VH-NG-625), German Ministry for Research and Education (BMBF, 05K16VK4 ) and the Polish National Science Center (2017/25/B/ST3/02586).

The Henryk Niewodniczanski Institute of Nuclear Physics (IFJ PAN) is currently the largest research institute of the Polish Academy of Sciences. The broad range of studies and activities of IFJ PAN includes basic and applied research, ranging from particle physics and astrophysics, through hadron physics, high-, medium-, and low-energy nuclear physics, condensed matter physics (including materials engineering), to various applications of methods of nuclear physics in interdisciplinary research, covering medical physics, dosimetry, radiation and environmental biology, environmental protection, and other related disciplines. The average yearly yield of the IFJ PAN encompasses more than 600 scientific papers in the Journal Citation Reports published by the Thomson Reuters. The part of the Institute is the Cyclotron Centre Bronowice (CCB) which is an infrastructure, unique in Central Europe, to serve as a clinical and research centre in the area of medical and nuclear physics. IFJ PAN is a member of the Marian Smoluchowski Kraków Research Consortium: “Matter-Energy-Future” which possesses the status of a Leading National Research Centre (KNOW) in physics for the years 2012-2017. The Institute is of A+ Category (leading level in Poland) in the field of sciences and engineering.