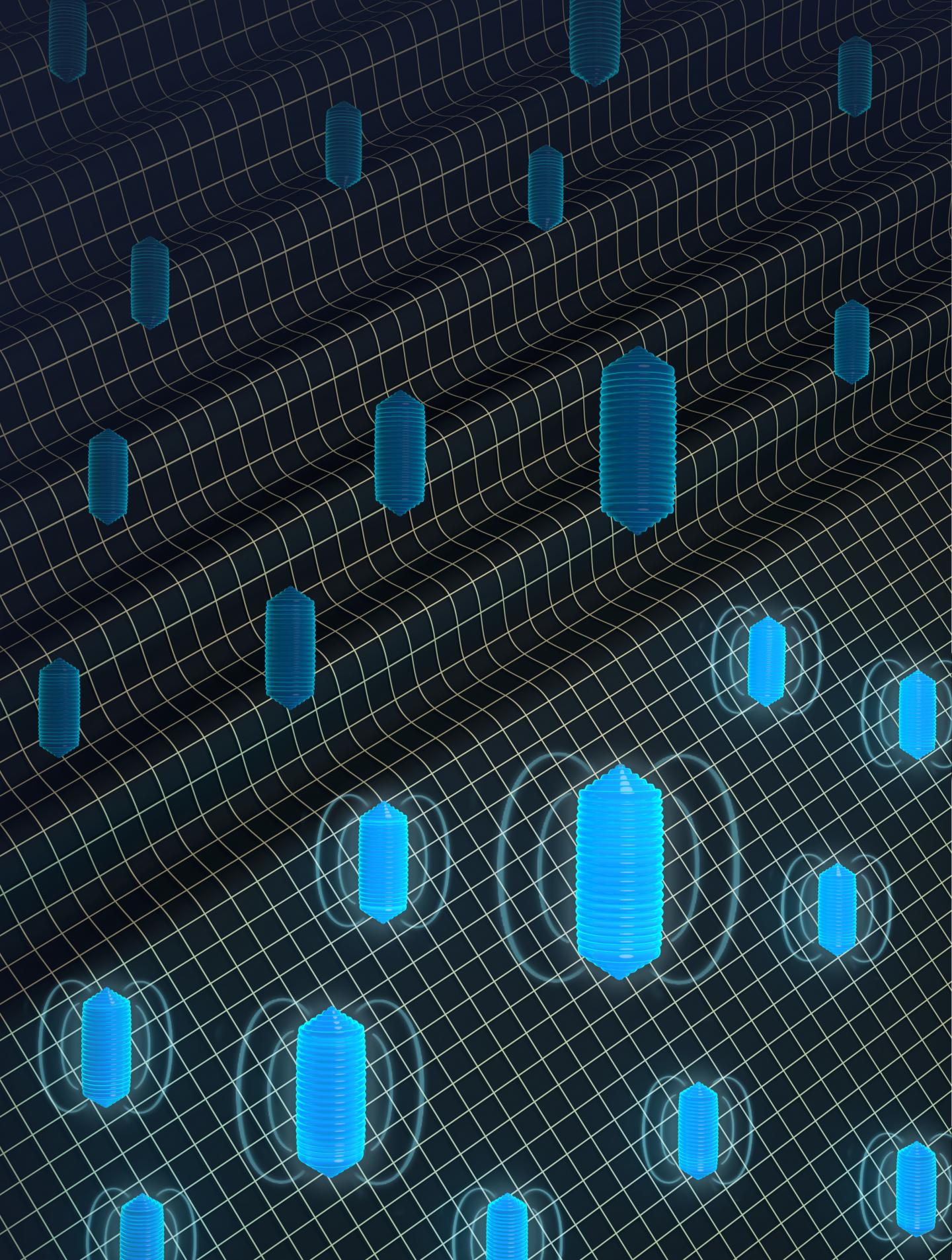 Caltech’s Mikhail Shapiro and his colleagues have developed “erasable” MRI contrast agents that can blink off on command with ultrasound technology. As illustrated here, the contrast agents — which consist of air-filled protein structures called gas vesicles — give off magnetic signals. When hit with waves of sound, the gas vesicles collapse and their signals go away. This makes it easier for researchers to interpret MRI scans. Credit: Barth van Rossum for Caltech

Magnetic resonance imaging, or MRI, is a widely used medical tool for taking pictures of the insides of our body. One way to make MRI scans easier to read is through the use of contrast agents–magnetic dyes injected into the blood or given orally to patients that then travel to organs and tissues, making them easier to see. Recently, researchers have begun to develop next-generation contrast agents, such as magnetic nanoparticles, that can be directed specifically to sites of interest, such as tumors.

But there remains a problem with many of these agents: they are sometimes difficult to distinguish from our bodies’ tissues, which give off their own MRI signals. For example, a researcher reading an MRI scan may not know with certainty if a dark patch near a tumor represents a contrast agent bound to the tumor, or is an unrelated signal from surrounding tissue.

Caltech’s Mikhail Shapiro, assistant professor of chemical engineering, thinks he has a solution. He and his team are working on “erasable” contrast agents that would have the ability to blink off, on command, thereby revealing their location in the body.

“We’re developing MRI contrast agents that can be erased with ultrasound, allowing you to turn them off,” says Shapiro, who is also a Schlinger Scholar and Heritage Medical Research Institute Investigator. “It’s the same principle behind blinking bicycle lights. Having the lights turn on and off makes them easier to see, only in our case we just blink off the contrast agent once.”

The new research was published in the February 26 advanced issue of Nature Materials, and is on the cover of the May print edition out this month. The lead author is George Lu, a postdoctoral scholar in Shapiro’s lab.

“Clearly visualizing MRI contrast agents is a longtime, lingering problem in the field,” says Lu. “With our new study, we are showing how it could be possible to erase the contrast agent, making it much easier to read MRI scans properly.”

The new technology relies on nanoscale structures called gas vesicles, which are naturally produced by some microbes. Gas vesicles consist of a protein shell with a hollow interior and are used by the microbes as flotation devices to regulate access to light and nutrients. Previously, Shapiro and his colleagues demonstrated how gas vesicles could someday enable imaging of therapeutic bacteria and other cells in people’s bodies using ultrasound. The idea would be to engineer cells of interest–such as bacterial cells used to treat gut conditions–to produce the gas vesicles. Because the hollow chambers of the vesicles bounce back sound waves in distinctive ways, the vesicles (and the cells producing them) would be easy to distinguish from surrounding tissue.

It turns out that the gas vesicles also stand out in MRI scans because the air in their chambers reacts differently to magnetic fields compared to the aqueous tissues around them. This results in a local darkening of MRI images where the gas vesicles are present.

In the new study, performed in mice, the researchers showed that gas vesicles could indeed be used as MRI contrast agents–the gas vesicles were detected in certain tissues and organs, such as the brain and liver. What’s more, the gas vesicles could be turned off. When hit with ultrasound waves of a high enough pressure, the cylindrical structures “collapsed like crushed soda cans,” Shapiro says, and their magnetic signals went away.

Previous studies of gas vesicles have shown that these protein structures can be genetically modified to target receptors on specific cells, such as tumor cells. Populations of gas vesicles can also be engineered differently–for example, one group might target a tumor while another would stay in the blood stream to outline blood vessels. This would allow doctors and researchers to visualize two types of tissue at once.

“We have previously shown that we can genetically engineer the gas vesicles in a variety of ways for use in ultrasound imaging,” says Shapiro. “Now they have a whole new application in MRI.”