Light could be the key to enabling a 3D printer to quickly turn liquids into complex solid objects.

A team from the University of California Berkeley has created the “replicator”—a 3D printer that can produce smoother, more flexible and complex objects than what is currently possible using traditional 3D printing methods.

The new printing technique was inspired by computer tomography (CT) scans that project X-rays and other types of electromagnetic radiation into the body from different angles.

“Essentially we reversed that principle,” Hayden Taylor, assistant professor of mechanical engineering at the University of California, Berkeley, and senior author of a paper describing the printer, said in a statement. “We are trying to create an object rather than measure an object, but actually a lot of the underlying theory that enables us to do this can be translated from the theory that underlies computed tomography.”

Traditional 3D printers build up 3D objects layer-by-layer, leading to a stair-step effect along the edges. These 3D printers, which often use other light-based techniques, have difficulties producing flexible objects because bendable materials may deform during the printing process. Certain shapes like arches also require a specially made support to print.

The researchers relied on a vicious liquid that will react to form a solid after being exposed to a particular threshold of light in the new printer.  These carefully crafted patterns of light are projected onto a rotating cylinder of liquid to solidify the desired shape simultaneously.

“Basically, you’ve got an off-the-shelf video projector, which I literally brought in from home, and then you plug it into a laptop and use it to project a series of computed images, while a motor turns a cylinder that has a 3D-printing resin in it,” Taylor said. “Obviously there are a lot of subtleties to it—how you formulate the resin, and, above all, how you compute the images that are going to be projected, but the barrier to creating a very simple version of this tool is not that high.”

“The liquid that you don’t want to cure is certainly having rays of light pass through it, so there needs to be a threshold of light exposure for this transition from liquid to solid,” Taylor said.

The researchers used a resin composed of liquid polymers combined with photosensitive molecules and dissolved oxygen that is depleted by light. The polymers form cross-links that transform the resin from a liquid to a solid in the areas where the oxygen has been used up.  The unused resin can also be recycling by heating it up in an oxygen atmosphere.

The objects printed also can be opaque using a dye that transmits light at the curing wavelength while absorbing most other wavelengths.

To test the system, the researchers printed a series of complex objects, including a small model of Rodin’s “The Thinker” statue and a customized jawbone model. Currently, the printers can produce objects that are up to four inches in diameter.

“This is the first case where we don’t need to build up custom 3D parts layer by layer,” Brett Kelly, co-first author on the paper who completed the work while a graduate student working jointly at UC Berkeley and Lawrence Livermore National Laboratory, said in a statement. “It makes 3D printing truly three-dimensional.”

The new technology could one day change the way prosthetics or eyeglass lenses are designed and manufactured.

“I think this is a route to being able to mass-customize objects even more, whether they are prosthetics or running shoes,” Taylor said. “The fact that you could take a metallic component or something from another manufacturing process and add on customizable geometry, I think that may change the way products are designed.” 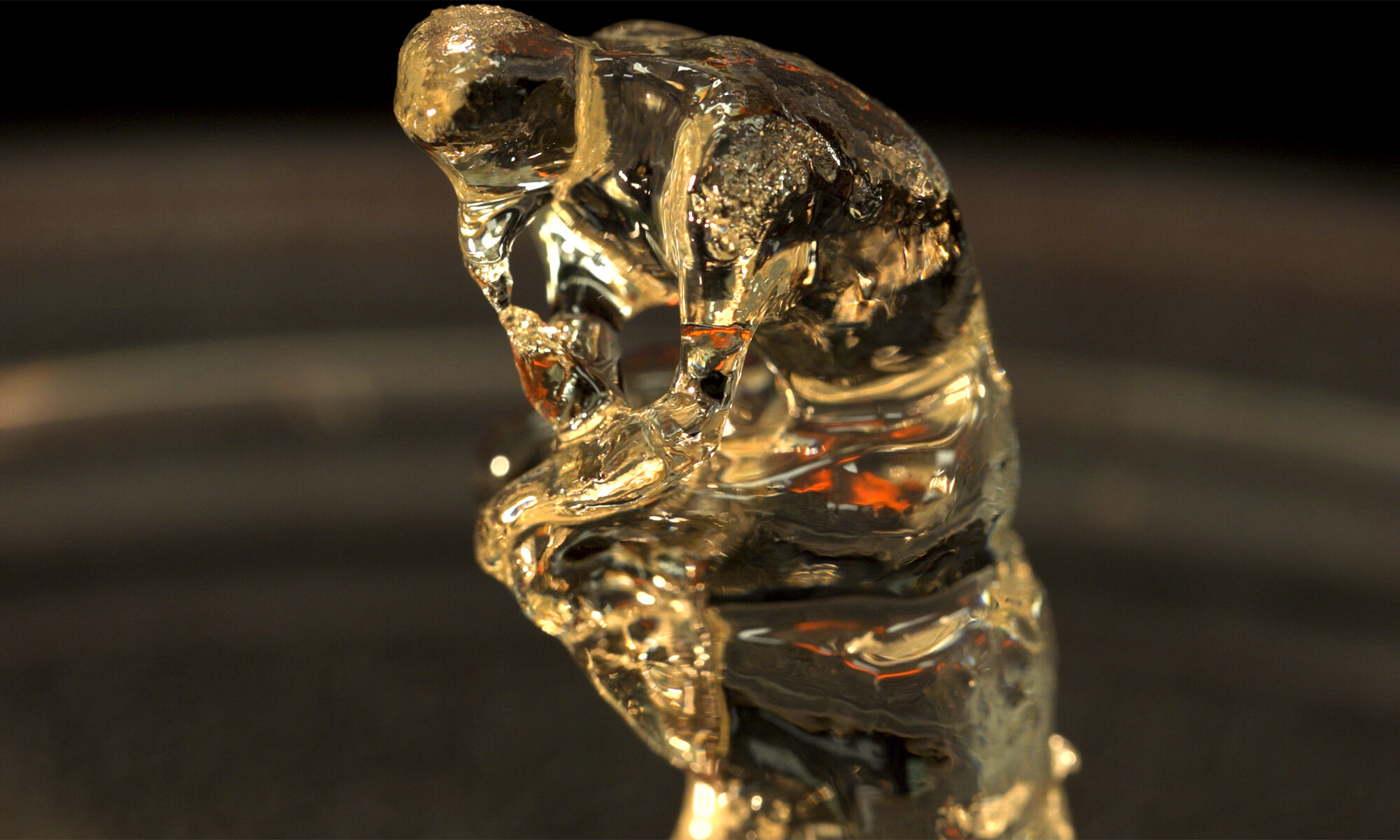