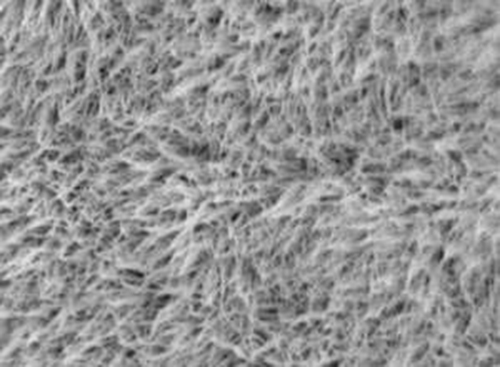 A zinc-based battery that delivers a high voltage and substantial energy capacity could be set to rival conventional lithium-ion batteries, A*STAR researchers have found.

The proliferation of electric vehicles and renewable energy sources is driving demand for rechargeable batteries that store and deliver large amounts of energy safely, efficiently and inexpensively. Zinc-based batteries offer some key advantages over lithium-ion, including low-cost and non-flammability. Kilo per kilo, zinc-air batteries can potentially store five times more energy than lithium-ion, while zinc-nickel batteries produce relatively high voltages (potentially useful because fewer batteries would be needed to power a device). Yet zinc batteries also tend to lose their energy storage capacity after just a few hundred recharging cycles, and no zinc battery has yet combined both a decent voltage of more than 1.5 volts and a high energy storage capacity.

Yun Zong and Zhaolin Liu of the A*STAR Institute of Materials Research and Engineering and colleagues have now developed a hybrid zinc battery that combines the best of zinc-air and zinc-nickel technologies, completing over 5,000 charging cycles with no loss of performance. The battery has a zinc anode, while its cathode is based on a carbon-coated nickel foam covered with nickel cobalt oxide nanowires. The liquid electrolyte between the electrodes contains hydroxide anions dissolved in water.

A key reason for the battery’s excellent performance is that the cathode works in two distinct ways during charging and discharging. When the battery charges, hydroxide ions from the electrolyte react with metal oxides in the cathode to produce oxyhydroxide compounds, freeing electrons. But the metals in the cathode also act as a catalyst, combining hydroxide anions to produce oxygen, water, and more electrons. These electrons flow around the circuit to the anode, where they combine with zinc ions in the electrolyte to produce zinc metal. During discharge, these electrochemical processes are reversed.

The battery has a stable two-step discharge voltage between 1.75 and 1.0 volts, and maintained its performance over three months of continuous testing, vastly outstripping previous zinc batteries. Zong estimates that the battery can store about 270 Watt-hours per kilogram, with potential for improvement. “This is already on a par with lithium-ion batteries available on the market,” he says.

The two chemical processes at the cathode produce different voltages, which could be an advantage for applications that initially require a higher voltage, such as unmanned aerial vehicles that need an energy boost to get airborne and then a lower voltage to sustain their flight. The team now hopes to improve the battery’s cycle life, perhaps by using a porous zinc anode, and to increase the capacity of the zinc-nickel portion of the battery.