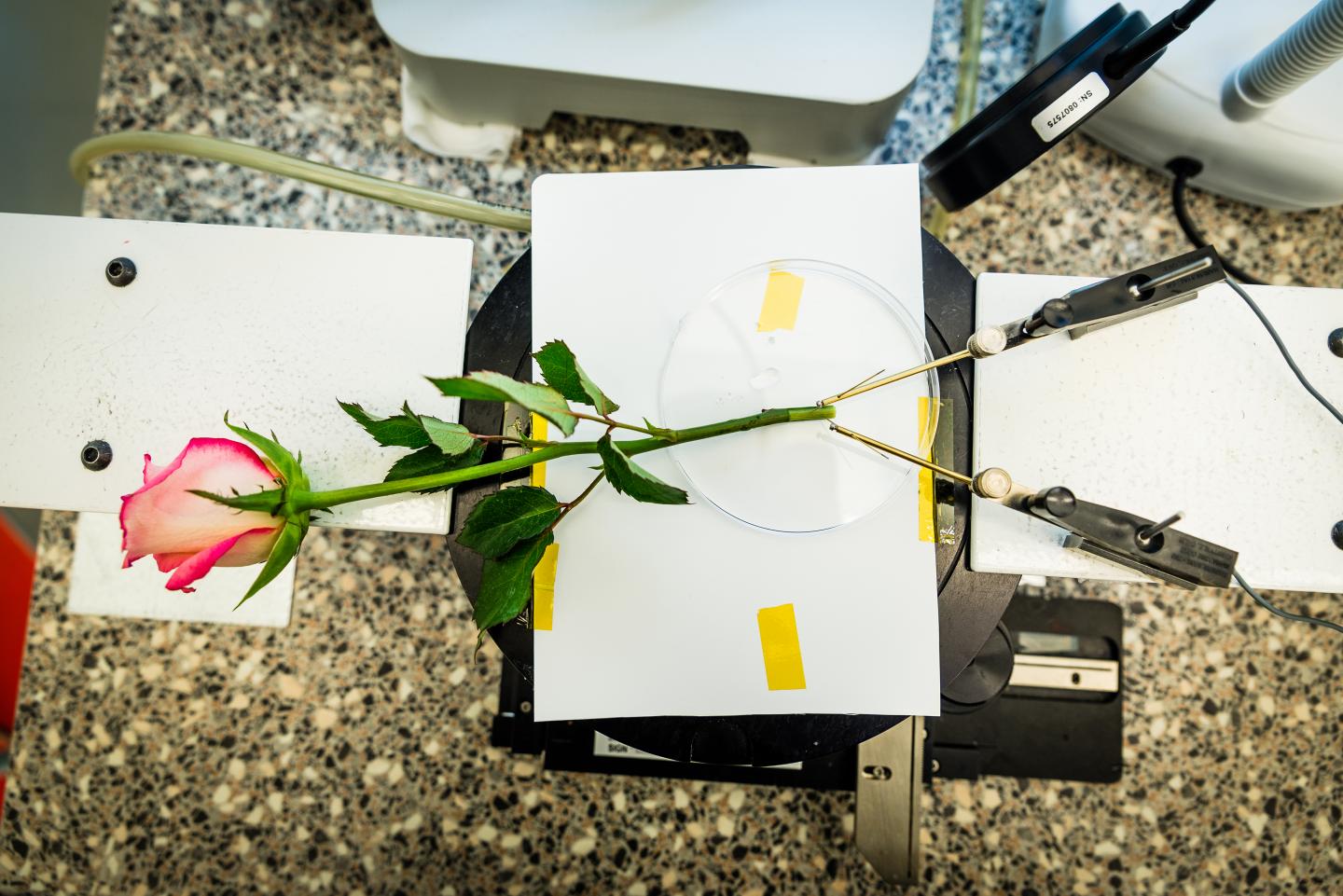 This is a supercapacitor Rose from Laboratory of Organic Electronic, Linköping University. Source: Thor Balkhed

In November 2015, the research group presented results showing that they had caused roses to absorb a conducting polymer solution. Conducting hydrogel formed in the rose’s stem in the form of wires. With an electrode at each end and a gate in the middle, a fully functional transistor was created. The results were presented in Science Advances and have aroused considerable interest all over the world.

One member of the group, Assistant Professor Roger Gabrielsson, has now developed a material specially designed for this application. The material polymerizes inside the rose without any external trigger. The innate fluid that flows inside the rose contributes to create long, conducting threads, not only in the stem but also throughout the plant, out into the leaves and petals.

“We have been able to charge the rose repeatedly, for hundreds of times without any loss on the performance of the device. The levels of energy storage we have achieved are of the same order of magnitude as those in supercapacitors. The plant can, without any form of optimization of the system, potentially power our ion pump, for example, and various types of sensors,” says Eleni Stavrinidou, Assistant Professor at the Laboratory of Organic Electronics.

The results are now to be published in the prestigious scientific journal Proceedings of the National Academy of Sciences of the United States of America (PNAS).

“This research is in a very early stage, and what the future will bring is an open question,” says Eleni Stavrinidou.

“A few years ago, we demonstrated that it is possible to create electronic plants, ‘power plants’, but we have now shown that the research has practical applications. We have not only shown that energy storage is possible, but also that we can deliver systems with excellent performance,” says Professor Magnus Berggren, head of the Laboratory of Organic Electronics, Linköping University, Campus Norrköping.

The research into electronic plants has been funded by unrestricted research grants from the Knut and Alice Wallenberg Foundation. The foundation appointed Professor Magnus Berggren a Wallenberg Scholar in 2012.