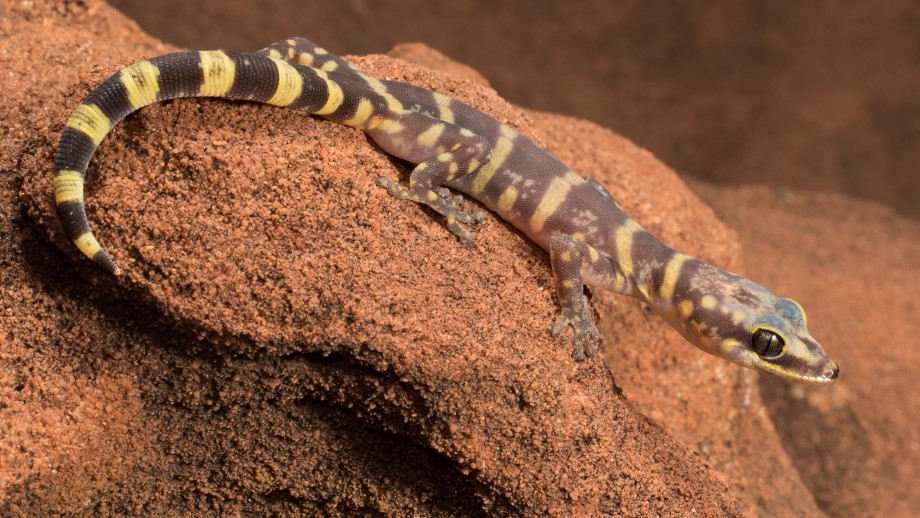 Researchers have discovered an ancient species of gecko in the ranges of Central Australia which may shine new light on how and when Australia’s deserts began to form millions of year ago.

Lead researcher Dr Paul Oliver from ANU said the velvet gecko Oedura luritja from the iconic ranges of Central Australia had been hiding in plain sight.

“The gecko lives in popular tourist sites such as Kings Canyon and Palm Valley, and had been confused with other similar-looking species,” said Dr Oliver from the ANU Research School of Biology.

He said genetics indicated this gecko had no close living relatives.

“We estimate Oedura luritja separated from all living relatives about 10 million years ago. This corresponds well with other evidence that deserts were expanding across Australia at this time,” Dr Oliver said.

“Many plants and animals have isolated populations in the ranges of Central Australia, but recent work has revealed that these species are closely related to or the same as species living elsewhere in Australia – in some cases may have actually been moved there by people.”

“This suggests this gecko may have been isolated by this initial aridification of Australia long ago, and then persisted in its rocky refuge for millions of years. It is what we know as a relict species – something left behind after all its relatives have died out,” he said.

“Former ANU researcher Robert Bustard noticed an unusual population of velvet geckos living in the Mereenie Sandstones of the MacDonnell Ranges, south of Alice Springs. But he was not sure just how significant the scale and colour differences this population showed were,” he said.

To resolve this mystery, Dr Oliver worked with Peter McDonald from the Northern Territory Government and Indigenous Rangers in Central Australia.

The research team determined the evolutionary relationships between the Oedura luritjagecko and other geckos in Central Australia and elsewhere. They also analysed museum collections of gecko specimens from the 1960s and 1970s.

The Oedura lurita, named after Aboriginal people from the region where it lives, is a large purple gecko with distinctive yellow spots and bands.