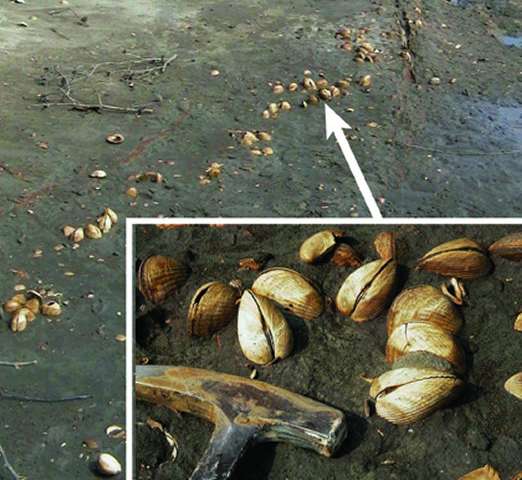 New research suggests that an ancient period of global warming 56 million years ago did not have much of an impact on shallow marine life.

Syracuse University researchers recently became the first to examine the effects of the Paleocene-Eocene Thermal Maximum (PETM)—a 200,000-year period of global climate change—on marine invertebrates and found that the sea animals were able to withstand the rising temperatures.

“The response of ecosystems [to the PETM] has been well documented for marine plankton, terrestrial plants and land vertebrates, but, until now, almost nothing has been published on marine shelf faunas,” Linda Ivany, professor of Earth sciences in the College of Arts and Sciences, said in a statement.

“This is because the stratigraphic record, showing where marine invertebrates are preserved on the continental margins, is full of gaps because of erosion,” she added. “The chances of preserving a short-duration event, such as the PETM, are small.”

After examining ancient bivalves, gastropods and scaphopods in the well-preserved shell beds of the
U.S. Gulf Coastal Plain, the researchers discovered that the long-term effects of PETM were relatively minor on biodiversity loss, taxonomic turnover and ecological restructuring.

The study shows that the majority of animals across the Paleocene-Eocene Boundary did not change.

The researchers did find that a large number of invertebrates engaged in microbial symbiosis—interactions that enable them to profit from chemicals in the sediment, released by the decomposition of organic matter.

“These characteristics are what one might expect from low-oxygen conditions typical of a super-greenhouse world,” Ivany said.

The mollusks likely adapted to the prevailing warm water at the time, which coupled with the slow release of carbon dioxide relative to the timescale of ocean mixing, potentially minimized the impact of global warming on the marine animals.

The PETM period is one of the best ancient analogs of modern climate change.  Records show that during the period a terrestrial source pumped thousands of billions of tons of carbon into the atmosphere to raise marine temperatures by as much as 15 degrees Fahrenheit. The result was severe extinctions in the deep sea and wholesale ecological reorganization on land.

“Several things happen when you put large amounts of carbon in the atmosphere—the Earth gets warmer, and some of the carbon dioxide dissolves into the ocean, raising the acidity level near the surface,” Ivany said. “The warmer the water, the less oxygen it holds. All of these changes have consequences for marine life. We are seeing these same things today, along with their increasing effects on ecosystems.”