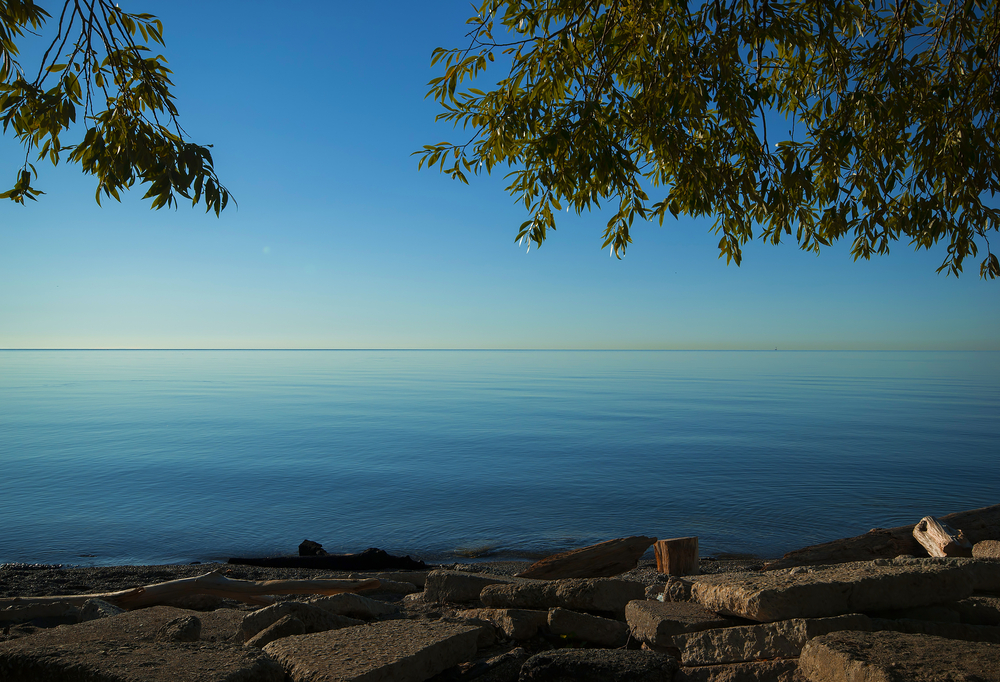 A sample of ancient oxygen, teased out of a 1.4 billion-year-old evaporative lake deposit in Ontario, provides fresh evidence of what the Earth’s atmosphere and biosphere were like during the interval leading up to the emergence of animal life.

The findings, published in the journal Nature, represent the oldest measurement of atmospheric oxygen isotopes by nearly a billion years. The results support previous research suggesting that oxygen levels in the air during this time in Earth history were a tiny fraction of what they are today due to a much less productive biosphere.

“It has been suggested for many decades now that the composition of the atmosphere has significantly varied through time,” says Peter Crockford, who led the study as a PhD student at McGill University. “We provide unambiguous evidence that it was indeed much different 1.4 billion years ago.”

The study provides the oldest gauge yet of what earth scientists refer to as “primary production,” in which micro-organisms at the base of the food chain – algae, cyanobacteria, and the like – produce organic matter from carbon dioxide and pour oxygen into the air.

“This study shows that primary production 1.4 billion years ago was much less than today,” says senior co-author Boswell Wing, who helped supervise Crockford’s work at McGill. “This means that the size of the global biosphere had to be smaller, and likely just didn’t yield enough food – organic carbon – to support a lot of complex macroscopic life,” says Wing, now an associate professor of geological sciences at University of Colorado at Boulder.

To come up with these findings, Crockford teamed up with colleagues from Yale University, University of California Riverside, and Lakehead University in Thunder Bay, Ontario, who had collected pristine samples of ancient salts, known as sulfates, found in a sedimentary rock formation north of Lake Superior. Crockford shuttled the samples to Louisiana State University, where he worked closely with co-authors Huiming Bao, Justin Hayles, and Yongbo Peng, whose lab is one of a handful in the world using a specialized mass-spectrometry technique capable of probing such materials for rare oxygen isotopes within sulfates.

The work also sheds new light on a stretch of Earth’s history known as the “boring billion” because it yielded little apparent biological or environmental change.

“Subdued primary productivity during the mid-Proterozoic era – roughly 2 billion to 800 million years ago – has long been implied, but no hard data had been generated to lend strong support to this idea,” notes Galen Halverson, a co-author of the study and associate professor of earth and planetary sciences at McGill. “That left open the possibility that there was another explanation for why the middle Proterozoic ocean was so uninteresting, in terms of the production and deposit of organic carbon.” Crockford’s data “provide the direct evidence that this boring carbon cycle was due to low primary productivity.”

The findings could also help inform astronomers’ search for life outside our own solar system.

“For most of Earth history our planet was populated with microbes, and projecting into the future they will likely be the stewards of the planet long after we are gone,” says Crockford, now a postdoctoral researcher at Princeton University and Israel’s Weizmann Institute of Science. “Understanding the environments they shape not only informs us of our own past and how we got here, but also provides clues to what we might find if we discover an inhabited exoplanet.”