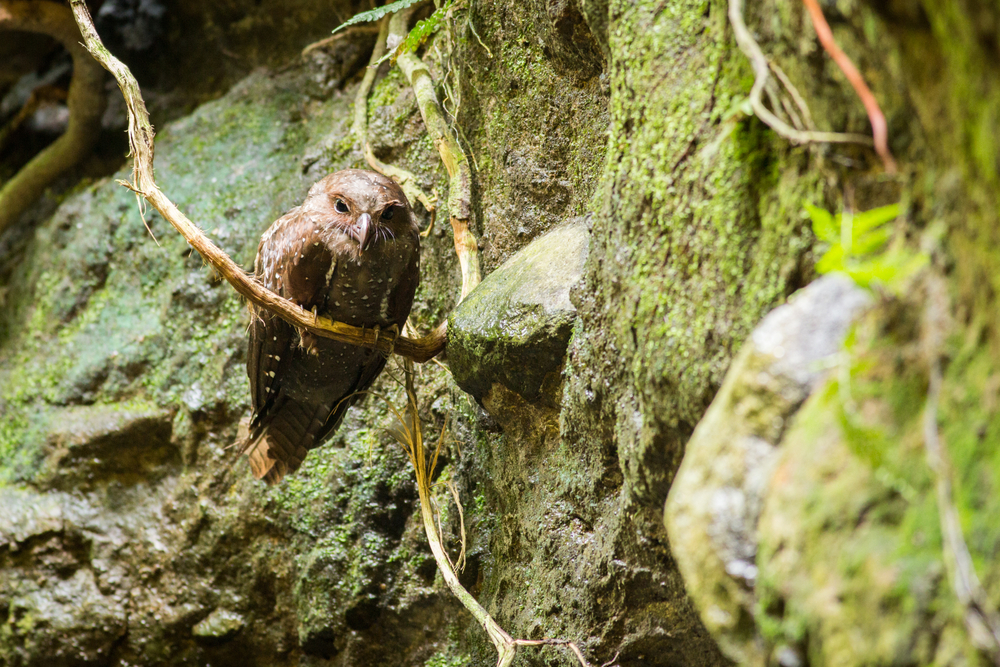 A nocturnal, cave-dwelling bird could be the key for engineers seeking to build an enhanced operating system for drones and other robotic creations.

Researchers— led by biologists at the University of Southern Denmark working in Trinidad— are analyzing the sensory capabilities of the cave-dwelling oilbird, which is endowed with a number of unique attributes, to see how the animal uses it senses to take advantage of its environment.

The creature possesses extremely sensitive vision and a strong sense of smell, as well as bristles surrounding the beak for tactile sensation and echolocation abilities. This specific feature is typically found in bats and tooth whales.

Oilbirds uses echolocation to perform tasks like navigating to and from their nests without hitting the walls of the cave they live in, even in pitch black darkness.

Furthermore, emitting these sounds lets them distinguish between food items and a rock face.

“We can come a long way towards understanding the individual sense. But when we begin to study how the senses complement each other and how the balance between different sensory inputs affects the behavior of the animal when it tackles various challenges, it becomes a very complex study, which is difficult to transfer from laboratory to natural conditions. If we can learn more about it, perhaps we can transfer the knowledge to technological developments,” said lead researcher Signe Brinkløv, a postdoc in the Sound, Communication, and Behavior Group at the University of Southern Denmark’s Department of Biology.

Gaining deeper insight into interaction between the bird’s vision and echolocation could yield a model that can be used by sensory researchers and robotic engineers.

“Today, drones are often controlled manually by a drone operator who is dependent on the video footage from the drone and thus the sense of sight in order to control it. But it quickly becomes difficult to navigate with such a system in darkness or when visibility is poor. If, on the other hand, you could combine the sense of sight and echolocation on a drone so it navigates based on input from both systems, then more opportunities open up. For instance, it could fly safely and perhaps autonomously in the dark or in between trees in a forest,” elaborated Brinkløv on potential application for this research.

These findings were published in the journal Royal Society Open Science.