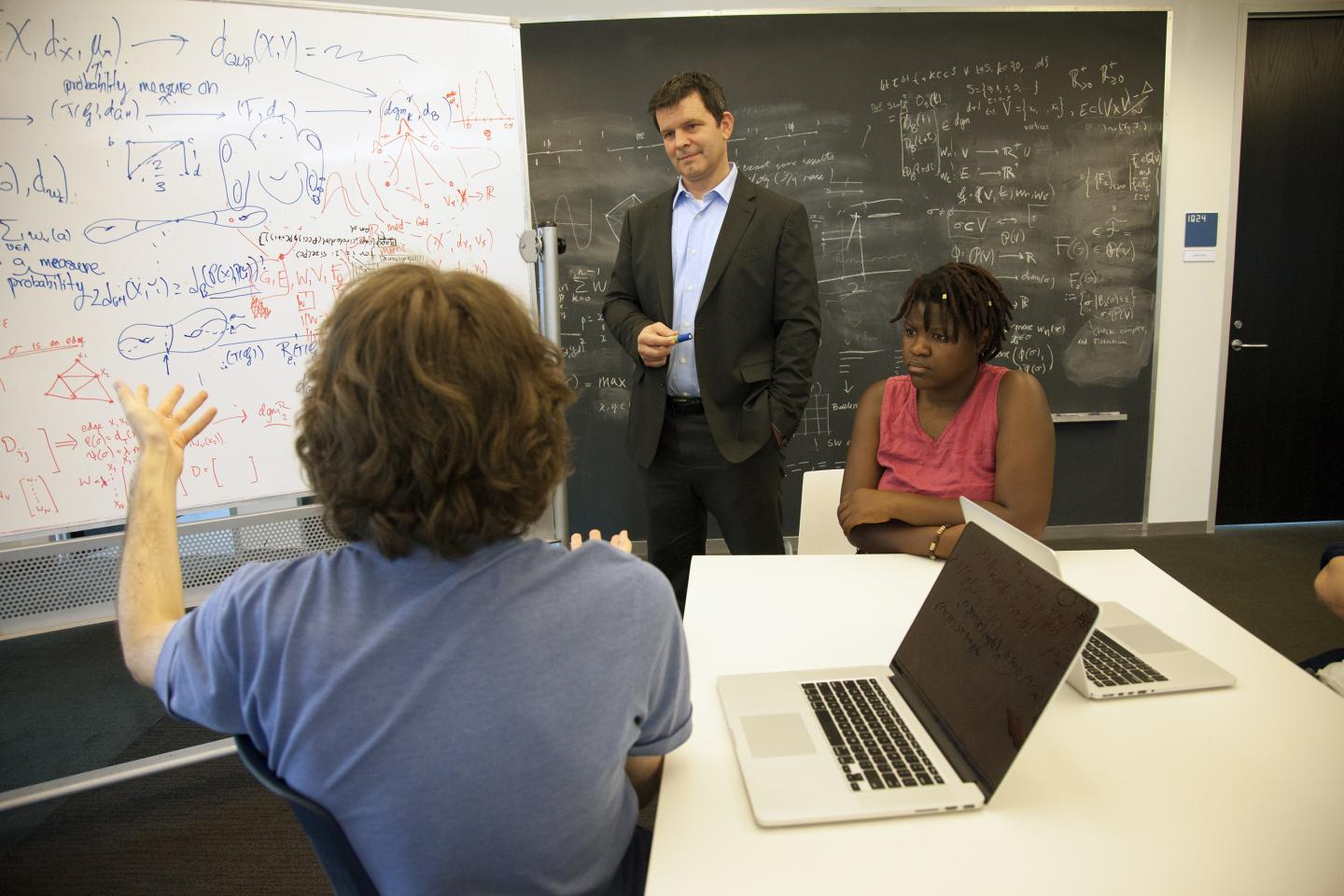 – Less than one year after launching its Data Science Initiative (DSI), Brown University has been awarded a $1.5 million grant by the National Science Foundation to establish a new research institute aimed at developing mathematical and computational tools for data-driven discovery.

Brown’s award is one of 12 nationwide Transdisciplinary Research in Principles of Data Science (TRIPODS) grants announced by the NSF on Aug. 24, 2017. The grants represent a $17.7 million commitment to developing “state-of-the-art mathematical and statistical tools, better data mining and machine learning approaches, enhanced visualization capabilities and more,” according to an agency statement.

“Brown’s Data Science Initiative was formed with the mission of bringing together people from pure and applied mathematics, statistics, computer science and elsewhere to develop new tools for applying data to complex problems,” said Jeffrey Brock, professor of mathematics and director of the DSI. “It’s gratifying that our approach to data science is so closely aligned with NSF’s vision. This award plants a flag for Brown as a place that excels in this kind of collaborative research in data science.”

The three-year grant will support intensive research activity and workshops bringing top researchers from higher education and industry to campus to work with experts on the Brown faculty. The work of Brown’s institute will focus on ways to improve the predictive power of mathematical and computational models of complex systems in the real world.

Brock noted that work in each of the institute’s three research themes will be geared toward real-world application in a wide variety of domains, from better understanding gene-environment interactions, to understanding outcomes of public policy decisions, to better ways of recognizing injury or disease from CT scans and MRIs. Over the course of the grant, those three themes will guide the development of:

new approaches for inferring cause-and-effect relationships in large datasets with thousands of potentially confounding variables; new methods for making graphical models of data more predictive and computationally tractable; and new techniques for using the geometric shape of a dataset to draw conclusions about the data it contains. The grant will also support intensive two-week immersion sessions for graduate students and faculty to learn about theoretical developments in one of the TRIPODS focus areas. These sessions, as well as end-of-semester workshops, will be hosted at ICERM, Brown’s NSF-funded mathematics institute. The grant also supports disseminated research results to the broader public through BrownX, the University’s online learning initiative.

“Brown’s DSI is motivated by the idea that the application of data to real-world problems should drive our theoretical and foundational work,” Brock said. “That will also motivate the work we do as a TRIPODS institute.”

The $1.5 million award is the first phase of TRIPODS funding. Phase I institutes are invited to submit proposals to become larger Phase II institutes after three years.

“The pace of change in the data science field is extremely rapid, and we think that the collaborative approach to research that we’ve established with DSI and now with TRIPODS is the right way to keep pace, Brock said. “We’re looking forward to getting started.”