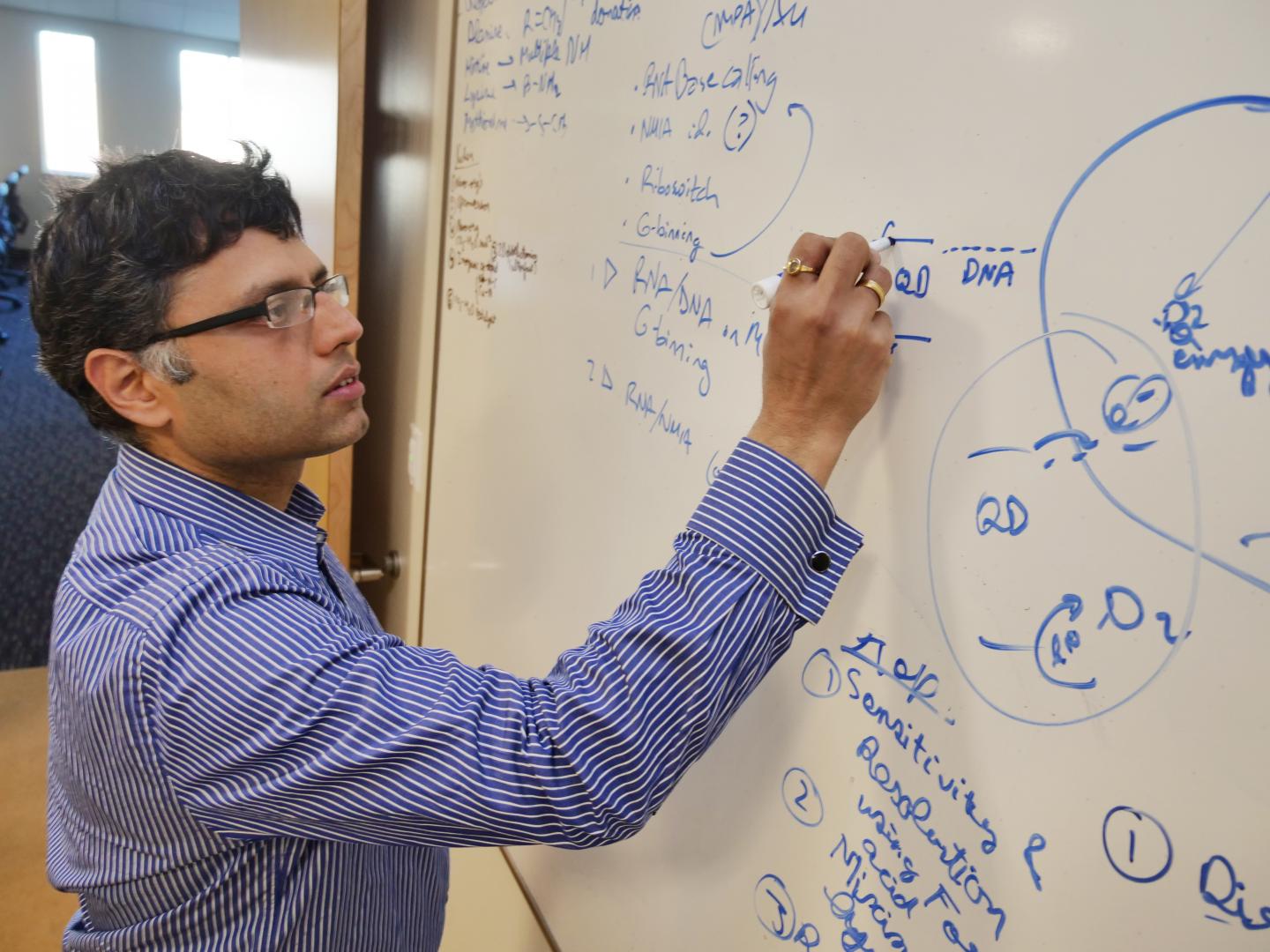 Researchers from the University of Colorado Boulder have developed living microbial factories that can eat and convert CO₂ into useful products by using light-activated quantum dots that fire specific enzymes within microbial cells.

“The innovation is a testament to the power of biochemical processes,” Prashant Nagpal, lead author of the research and an assistant professor in CU Boulder’s Department of Chemical and Biological Engineering, said in a statement. “We’re looking at a technique that could improve CO₂ capture to combat climate change and one day even potentially replace carbon-intensive manufacturing for plastics and fuels.”

The researchers started down this road in 2013 when they began exploring applications for nanoscopic quantum dots—tiny semiconductors similar to what is used in television sets—that can be injected into cells passively or attach and self-assemble to designed enzymes before activating them on command using particular light wavelengths.

In the new study, the researchers worked to determine whether quantum dots could fire particular enzymes within microbial cells that can convert airborne carbon dioxide and nitrogen, but cannot naturally because of a lack of photosynthesis.

They found that by diffusing specialty-tailored quantum dots into the cells of a common microbial species found in soil with even small amounts of indirect sunlight, they could activate the microbes’ appetite for carbon dioxide without needing a source of energy food to carry out the energy-intensive biochemical conversions.

“Each cell is making millions of these chemicals and we showed they could exceed their natural yield by close to 200 percent,” Nagpal said.

These microbes lie dormant in water and release their product to the surface. Researchers can then skim the produce off the top of the surface and harvest it for manufacturing.

The researchers also discovered that different combinations of quantum dots and light could yield different products.

For example, green wavelength cause the microbes to consume nitrogen, yielding ammonia. On the other hand, red wavelengths cause the bacteria to produce plastic after consuming CO₂.

The researchers believe these types of organisms are a promising first step towards carbon sequestration and new, eco-friendly chemical manufacturing processes.  They also believe one-day single-family homes and businesses could pipe out their CO₂ emissions to a nearby holding pond stocked with microbes that would convert the waste to a bioplastic.

“Even if the margins are low and it can’t compete with petrochemicals on a pure cost basis, there is still societal benefit to doing this,” Nagpal said. “If we could convert even a small fraction of local ditch ponds, it would have a sizeable impact on the carbon output of towns. It wouldn’t be asking much for people to implement. Many already make beer at home, for example, and this is no more complicated.”

However, they also must be able to scale up the technology to be able to use it on a wider scale, while also optimizing the conversion process.

The researchers found that the microbial factories rarely showed signs of exhaustion or depletion when they were activated consistently for multiple hours, leading to believe that the cells can regenerate, limiting the need for rotation.

“We were very surprised that it worked as elegantly as it did,” Nagpal said. “We’re just getting started with the synthetic applications.