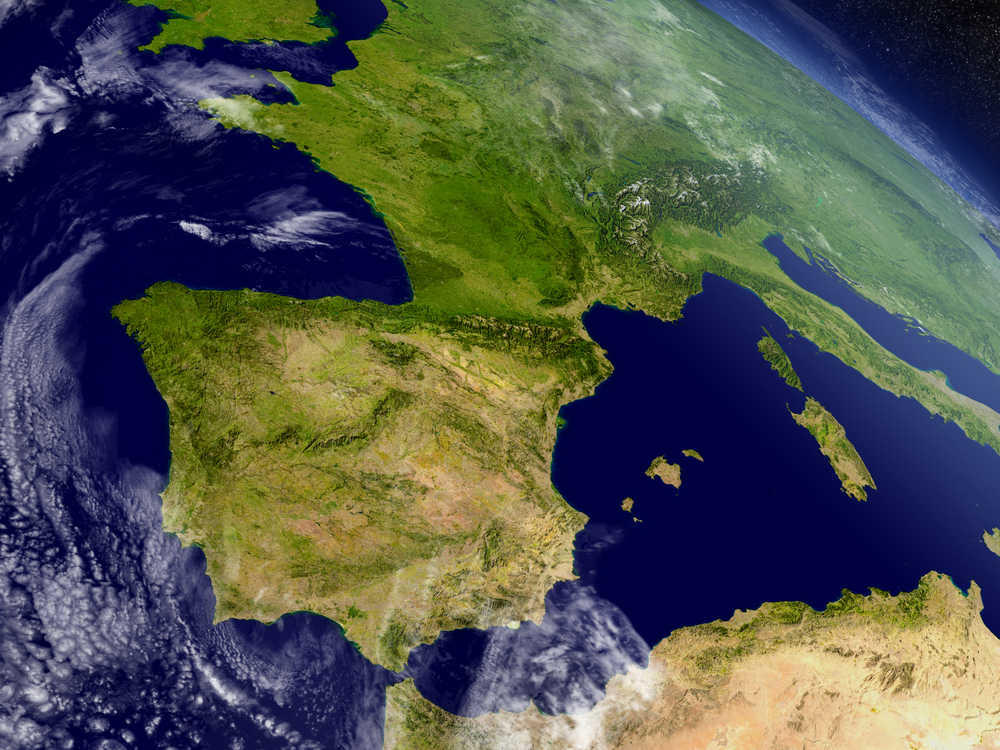 A new study into the genetic makeup of over 1,400 individuals from across Spain has shown that the genetic patterns in modern individuals were shaped by population movements over the past 1,000 years. It also showed that in some regions, there are discernible patterns of genetic differences even between individuals living as close as 10km apart.

A team of researchers from the University of Oxford, and the Universidade de Santiago de Compostela, analysed DNA samples from over 1,400 people to generate the first fine-scale genetic map of Spain, and to understand the impacts of past migration events into and within Spain on Spanish people today.

Their work, published in Nature Communications, identified stronger genetic differences in the east-west direction, and signatures of historical north to south population movements in Spain. Study lead author Clare Bycroft explains that these patterns reflect the unique history of Iberia: “Clustering of modern individuals, based purely on sharing of their DNA, identifies groups whose boundaries closely match the boundaries of distinct kingdoms, speaking different languages, present over 500 years ago.”

By examining patterns of sharing of DNA between people from Iberia and other parts of the world, the team were also able to identify regionally varying fractions of up to 10% north-west African ancestry in modern-day Iberians, including people from Portugal. This DNA dates from around 860 – 1120 CE, a period of migration of peoples from modern-day Morocco, during Muslim rule of Iberia. More recently, migrations of people of Basque ancestry have taken place southwards through Spain.

Together, these results indicate that centuries-old population movements associated with both the Muslim conquest, and the subsequent “Reconquista”, have shaped the modern-day genetics of Iberia. Professor Simon Myers, who co-led the study, said: “Alongside previous work, such as a study of the British Isles, this study reveals that subtle, but rich, genetic differences exist in many parts of the world, but in distinct patterns that reveal the genetic legacies of particular regional histories.”

As well as these broad-scale patterns, some regions – such as Galicia in north-west Spain – show clusters of genetically similar individuals at much finer scales, such as along particular river valleys, down to scales <10km in places. Professor Peter Donnelly, who co-led the study, remarked: “The results of this study represent the finest geographic scales over which groupings of genetically similar individuals have so far been observed in humans.”

These highly localised groupings predict that geographically localised rare mutations, including disease-causing ones, are likely to exist. Yet for other regions, such as Castilla in central Spain, even individuals hundreds of miles apart are not reliably separated based on their DNA. Author Professor Angel Carracedo, from the Universidade de Santiago de Compostela, said: “The extensive fine-scale genetic differences we observe in Galicia might explain why certain genetic diseases in this particular region seem to be concentrated in small areas (“comarcas”).”

This study analysed the DNA of 1,413 individuals from across Spain, typed at over 650,000 different positions across the human genome. For 726 of these, geographic information was available and all four grandparents were born within an 80km radius, allowing the researchers to pinpoint on maps of Spain the clusters they discovered using only the genetic similarities and differences between the individuals. The researchers used the most powerful available statistical tools, including fineSTRUCTURE and GLOBETROTTER, developed by some of the team members. The work was funded by the Wellcome Trust and the Fondo de Investigación Sanitaria (ISCIII, Ministry of Health, Spain).

The full paper, “Patterns of genetic differentiation and the footprints of historical migrations in the Iberian Peninsula,” is published in Nature Communications.