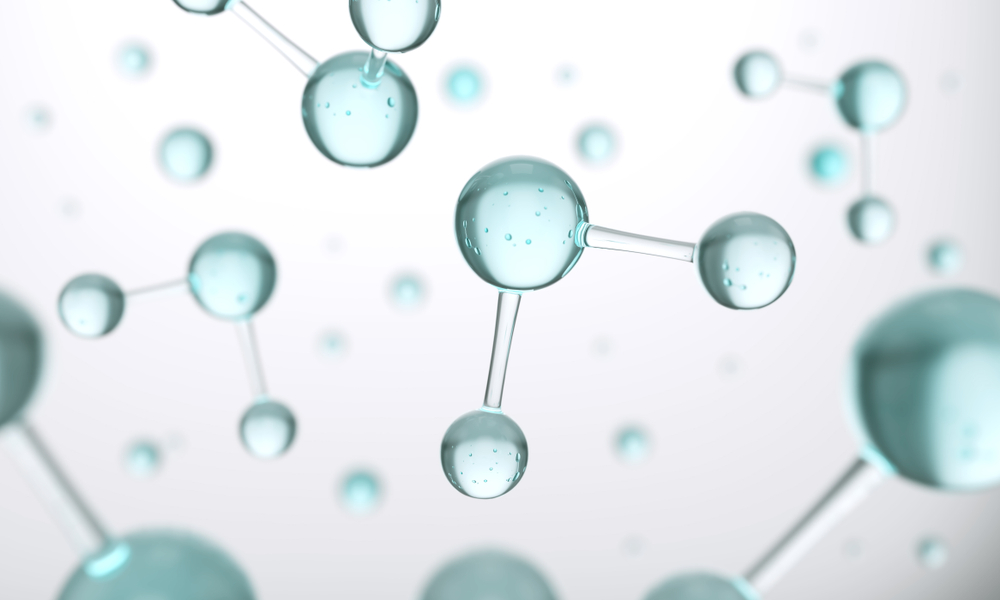 Hydrogen is a highly attractive, but also highly explosive energy carrier, which requires safe, lightweight and cheap storage as well as transportation systems. Scientists at the Weizmann Institute of Science, Israel, have now developed a chemical storage system based on simple and abundant organic compounds. As reported in the journal Angewandte Chemie, the liquid hydrogen carrier system has a high theoretical capacity and uses the same catalyst for the charging-discharging reaction.

Hydrogen carries a lot of energy, which can be converted into electricity or power, and the only byproduct from combustion is water. However, as hydrogen is a gas, its energy density by volume is low. Therefore, pure hydrogen is handled mostly in its pressurized state or liquid form, but the steel tanks add weight, and its release and usage is hazardous.

Apart from tanks, hydrogen can also be masked and stored in a chemical reaction system. This is in principle the way nature stores and uses hydrogen: In biological cells, finely adjusted chemical compounds bind and release hydrogen to build up the chemical compounds needed by the cells. All these biological processes are catalyzed by enzymes.

Powerful catalysts mediating hydrogen conversion have also been developed in chemical laboratories. One example is the ruthenium pincer catalyst, a soluble complex of ruthenium with an organic ligand, developed by David Milstein and his colleagues. With the help of this catalyst, they explored the ability of a reaction system of simple organic chemicals to store and release hydrogen.

“Finding a suitable hydrogen storage method is an important challenge toward the ‘hydrogen economy,'” the authors of the publication explained their motivation. Among the conditions that have to be fulfilled are safe chemicals, easy loading and unloading schemes, and as low a volume as possible.

Such a system, consisting of the chemical compounds ethylenediamine and methanol, was identified by Milstein and his colleagues. When the two molecules react, pure hydrogen is released. The other reaction product is a compound called ethylene urea. The theoretical capacity of this “liquid organic hydrogen carrier system” (LOHC) is 6.52 percent by weight, which is a very high value for a LOHC.

The scientists first set up the hydrogenation reaction. In this reaction, liquid hydrogen carriers ethylenediamine and methanol were formed from ethylene urea and hydrogen gas with hundred percent conversion when the ruthenium pincer catalyst was used.

Then they examined the hydrogen release reaction, which is the reaction of ethylenediamine with methanol. Here, the yield of hydrogen was close to 100 percent, but the reaction seemed to proceed over intermediate stages and ended with an equilibrium of products. Nevertheless, full re-hydrogenation was possible, which led the authors to conclude that they had indeed developed a fully rechargeable system for hydrogen storage. This system was made of liquid organic compounds that are abundant, cheap, easily handled, and not very hazardous.

Its advantage is the simple nature of the compounds and the high theoretical capacity. However, to be more efficient and greener, like setup in nature, reaction times must still be shorter and temperatures lower. For this, even “greener” catalysts should be examined.