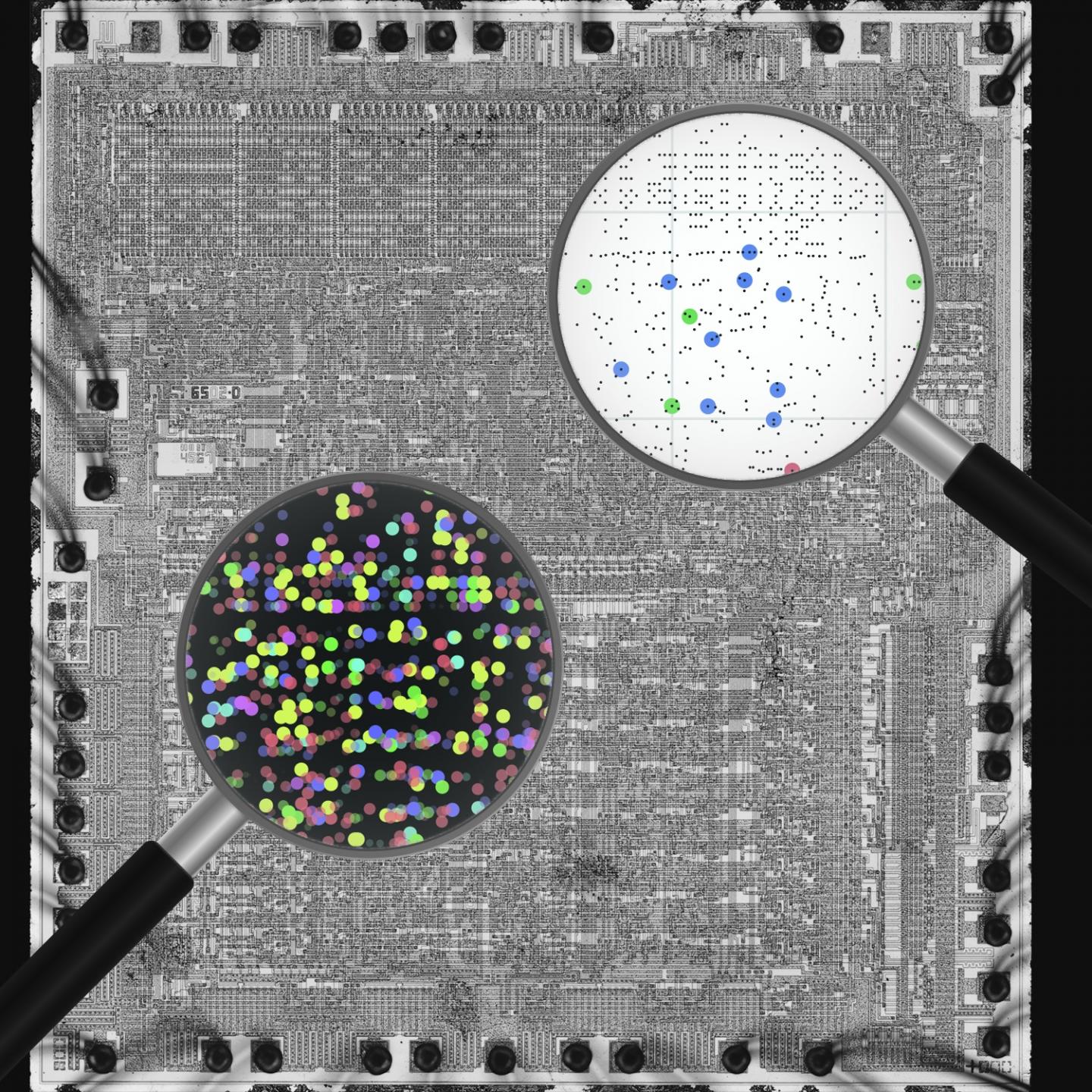 We can examine every transistor in a classical microprocessor using the same techniques we use to understand the brain. For example, we can analyze the transistors based upon their activity during various games (left) or which transistors are necessary for a given game to function. Even with all the data and sophisticated analysis, our understanding of the inner-workings of the processor falls short of what we would hope. Source: Eric Jonas, CC-BY.

The complexity of neural networks makes them difficult to analyze, but manmade computing systems should be simpler to understand. In a study published in PLOS Computational Biology, researchers applied widely used neuroscience approaches to analyze the classic games console Atari 2600 – which runs the videogame “Donkey Kong” – and found that such approaches do not meaningfully describe how the console’s microprocessor really works.

The field of neuroscience is advancing rapidly. Scientists are able to record the simultaneous activity of more and more neurons in more and more organisms. However, testing the validity of data analysis algorithms is difficult since it is still unclear how even relatively simple neural systems like the brain of a fruit fly work.

In the new paper, Eric Jonas of U.C. Berkeley and Konrad Kording of Northwestern University/ Rehabilitation Institute of Chicago describe their attempt to sidestep this issue by applying a large number of classical neuroscience analysis techniques to a computing system that they do understand: the 6502 microprocessor from the Atari 2600.

“Since humans designed this processor from the transistor all the way up to the software, we know how it works at every level, and we have an intuition for what it means to ‘understand’ the system,” Jonas says. “Our goal was to highlight some of the deficiencies in ‘understanding’ that arise when applying contemporary analytic techniques to big-data datasets of computing systems.”

The researchers used standard neuroscience techniques to analyze the Atari 2600’s microprocessor. They tested how well these techniques could illuminate known characteristics, such as the connections between different parts of the chip and the effects of destroying individual transistors. However, the techniques did not achieve the same level of understanding that a typical electrical engineering student would have.

According to Jonas, the results suggest that, “without careful thought, current big-data approaches to neuroscience may not live up to their promise or succeed in advancing the field.” Adds Kording: “Progress requires better experiments, theories, and data analysis approaches.”

Microprocessors and biological systems are different in many ways, which could limit the findings. Jonas and Kording also did not try all the existing neuroscience methods for probing the chip.

Nonetheless, the study hints at potential problems with modern approaches to neuroscience and suggests new paths to explore in order to better understand the brain. “We could learn a lot about how to reverse-engineer biological systems by reverse-engineering synthetic systems,” Jonas says.