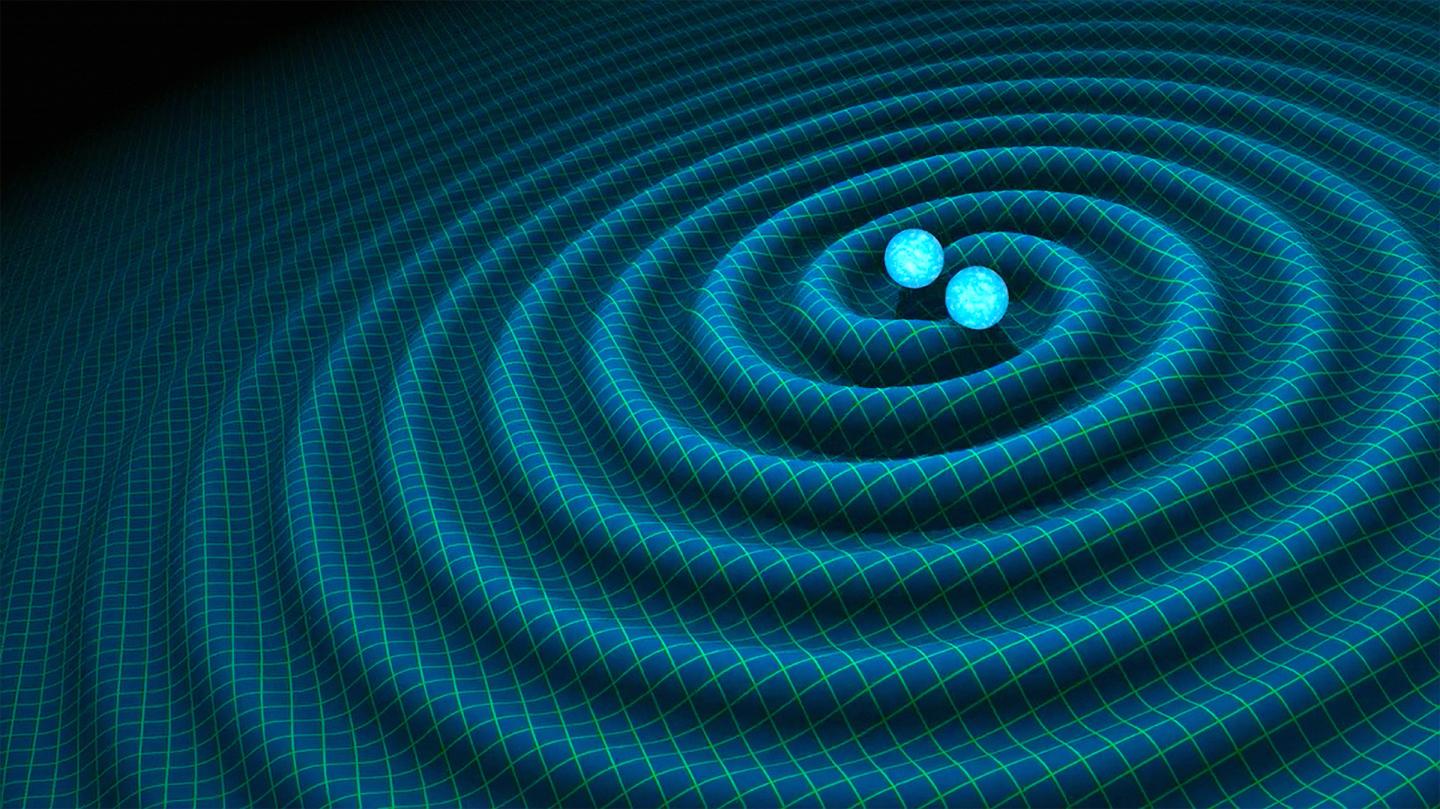 This is a visualization of the gravitational wave emission from a pair of orbiting compact objects. The upcoming space-based gravitational wave observatory LISA will be able to observe hundreds of such binary star systems in the Milky Way galaxy, including approximately 50 binaries found in globular clusters, reports a new Northwestern University study.These binary sources would contain all combinations of black hole, neutron star and white dwarf components. Credit: NASA

The historic first detection of gravitational waves from colliding black holes far outside our galaxy opened a new window to understanding the universe. A string of detections — four more binary black holes and a pair of neutron stars — soon followed the Sept. 14, 2015, observation.

Now, another detector is being built to crack this window wider open. This next-generation observatory, called LISA, is expected to be in space in 2034, and it will be sensitive to gravitational waves of a lower frequency than those detected by the Earth-bound Laser Interferometer Gravitational-Wave Observatory (LIGO).

A new Northwestern University study predicts dozens of binaries (pairs of orbiting compact objects) in the globular clusters of the Milky Way will be detectable by LISA (Laser Interferometer Space Antenna). These binary sources would contain all combinations of black hole, neutron star and white dwarf components. Binaries formed from these star-dense clusters will have many different features from those binaries that formed in isolation, far from other stars.

The study is the first to use realistic globular cluster models to make detailed predictions of LISA sources. “LISA Sources in Milky-Way Globular Clusters” was published today, May 11, by the journal Physical Review Letters.

“LISA is sensitive to Milky Way systems and will expand the breadth of the gravitational wave spectrum, allowing us to explore different types of objects that aren’t observable with LIGO,” said Kyle Kremer, the paper’s first author, a Ph.D. student in physics and astronomy in Northwestern’s Weinberg College of Arts and Sciences and a member of a computational astrophysics research collaboration based in Northwestern’s Center for Interdisciplinary Exploration and Research in Astrophysics (CIERA).

In the Milky Way, 150 globular clusters have been observed so far. The Northwestern research team predicts one out of every three clusters will produce a LISA source. The study also predicts that approximately eight black hole binaries will be detectable by LISA in our neighboring galaxy of Andromeda and another 80 in nearby Virgo.

Before the first detection of gravitational waves by LIGO, as the twin detectors were being built in the United States, astrophysicists around the world worked for decades on theoretical predictions of what astrophysical phenomena LIGO would observe. That is what the Northwestern theoretical astrophysicists are doing in this new study, but this time for LISA, which is being built by the European Space Agency with contributions from NASA.

“We do our computer simulations and analysis at the same time our colleagues are bending metal and building spaceships, so that when LISA finally flies, we’re all ready at the same time,” said Shane L. Larson, associate director of CIERA and an author of the study. “This study is helping us understand what science is going to be contained in the LISA data.”

A globular cluster is a spherical structure of hundreds of thousands to millions of stars, gravitationally bound together. The clusters are some of the oldest populations of stars in the galaxy and are efficient factories of compact object binaries.

The Northwestern research team had numerous advantages in conducting this study. Over the past two decades, Frederic A. Rasio and his group have developed a powerful computational tool — one of the best in the world — to realistically model globular clusters. Rasio, the Joseph Cummings Professor in Northwestern’s department of physics and astronomy, is the senior author of the study.

The researchers used more than a hundred fully evolved globular cluster models with properties similar to those of the observed globular clusters in the Milky Way. The models, which were all created at CIERA, were run on Quest, Northwestern’s supercomputer cluster. This powerful resource can evolve the full 12 billion years of a globular cluster’s life in a matter of days.