Physicists at the National Institute of Standards and Technology (NIST) have used common electronics to build a laser that pulses 100 times more often than conventional ultrafast lasers.

The advance could extend the benefits of ultrafast science to new applications such as imaging of biological materials in real time.

The technology for making electro-optic lasers has been around for five decades, and the idea seems alluringly simple. But until now researchers have been unable to electronically switch light to make ultrafast pulses and eliminate electronic noise, or interference.

As described in the Sept. 28 issue of Science, NIST scientists developed a filtering method to reduce the heat-induced interference that otherwise would ruin the consistency of electronically synthesized light.

“We tamed the light with an aluminum can,” project leader Scott Papp says, referring to the “cavity” in which the electronic signals are stabilized and filtered.

As the signals bounce back and forth inside something like a soda can, fixed waves emerge at the strongest frequencies and block or filter out other frequencies.

This is faster than the nanoscale regime, introduced to the cultural lexicon some years ago with the field of nanotechnology (nanoseconds are billionths of a second). 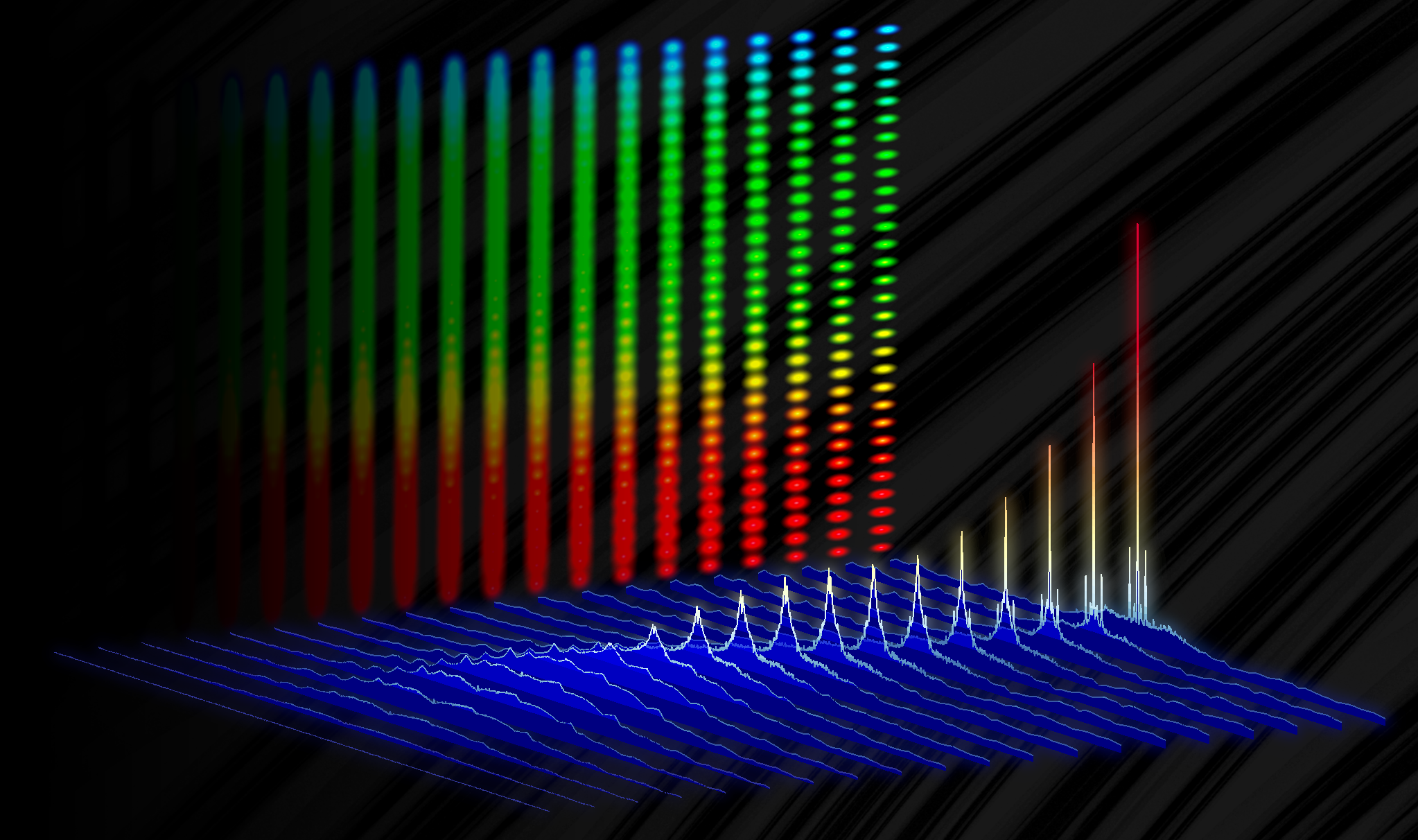 The conventional source of ultrafast light is an optical frequency comb, a precise “ruler” for light. Combs are usually made with sophisticated “mode-locked” lasers, which form pulses from many different colors of light waves that overlap, creating links between optical and microwave frequencies.

“Chemical and biological imaging is a good example of the applications for this type of laser,” Papp says.

“Probing biological samples with ultrafast pulses provides both imaging and chemical makeup information. Using our technology, this kind of imaging could happen dramatically faster. So, hyperspectral imaging that currently takes a minute could happen in real time.”

To make the electro-optic laser, NIST researchers start with an infrared continuous-wave laser and create pulses with an oscillator stabilized by the cavity, which provides the equivalent of a memory to ensure all the pulses are identical.

The laser produces optical pulses at a microwave rate, and each pulse is directed through a microchip waveguide structure to generate many more colors in the frequency comb.

The electro-optic laser offers unprecedented speed combined with accuracy and stability that are comparable to that of a mode-locked laser, Papp says.

The combination of reliability and accuracy makes electro-optic combs attractive for long-term measurements of optical clock networks or communications or sensor systems in which data needs to be acquired faster than is currently possible.