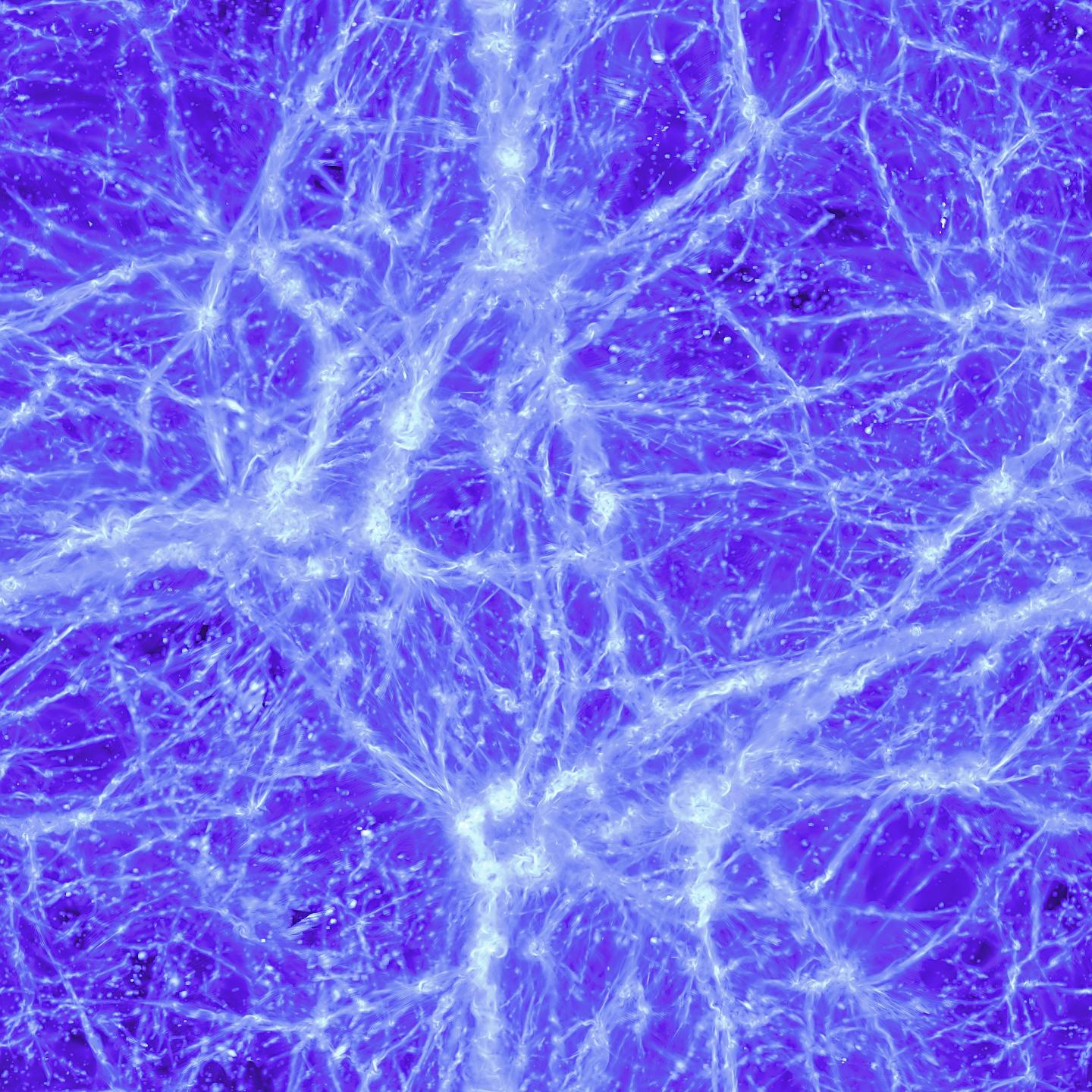 Like in a nail-biting thriller full of escapes and subterfuge, photons from far-off light sources, such as blazars, could go up against a continuous exchange of identity in their journey through the Universe. This is an operation that would allow these very tiny particles of light to escape an enemy which, if encountered, would annihilate them. This is the phenomenon studied by a group of researchers from the University of Salento, Bari, the National Institute for Nuclear Physics (INFN), the National Institute for Astrophysics (INAF) and SISSA thanks to brand new simulation models that reproduce the complexity of the cosmos as never before. Normally, very high energy photons (gamma rays) should “collide” with the background light emitted by galaxies transformed into pairs of matter and antimatter particles, as envisaged by the Theory of Relativity. For this reason, the sources of very high energy gamma rays should appear significantly less bright than what is observed in many cases.

A possible explanation for this surprising anomaly is that light photons are transformed into hypothetical weakly-interacting particles, “axions” which, in turn, would change into photons, all due to the interaction with magnetic fields. With these metamorphoses, a part of the photons would escape interaction with the intergalactic background light that would make them disappear. The importance of this process is emphasised by the study published on Physical Review Letters, which re-created an extremely refined model of the Cosmic Web, a network of filaments composed of gas and dark matter present throughout the Universe and of its magnetic fields. The aforementioned effects are now awaiting comparison with those obtained experimentally through Cherenkov Telescope Array new generation telescopes.

In this research, through complex and unprecedented computer simulations made at the CSCS Supercomputing Centre in Lugano, scholars have reproduced the so-called Cosmic Web and the magnetic fields associated with this to investigate the possibility, advanced from previous theories, that photons from a light source are transformed into axions, hypothetical elementary particles, on interacting with an extragalactic magnetic field. Axions could then be retransformed into photons by interacting with other magnetic fields. Researchers Daniele Montanino, Franco Vazza, Alessandro Mirizzi and Matteo Viel explain: “Photons from luminous bodies disappear when they encounter extragalactic background light (EBL). But if on their journey they head into these transformations as envisaged by these theories, it would explain why, in addition to giving very important information on processes that occur in the universe, distant celestial bodies are brighter than expected from an observation on Earth. These changes would, in fact, enable a greater number of photons to reach the Earth”.

In the simulations made by scientists, thanks to the wealth of magnetic fields present in the Cosmic Web’s filaments recreated with the simulations, the conversion phenomenon would seem much more relevant than predicted by previous models: “Our simulations reproduce a very realistic picture of the cosmos’ structure. From what we have observed, the distribution of the Cosmic Web envisaged by us would markedly increase the probability of these transformations”. The next step in the research? To compare simulation results with the experimental data obtained through the use of the Cherenkov Telescope Array Observatories detectors, the new-generation astronomical observatories, one of which is positioned in the Canary Islands and the other in Chile, that will study the Universe through very high energy gamma rays.