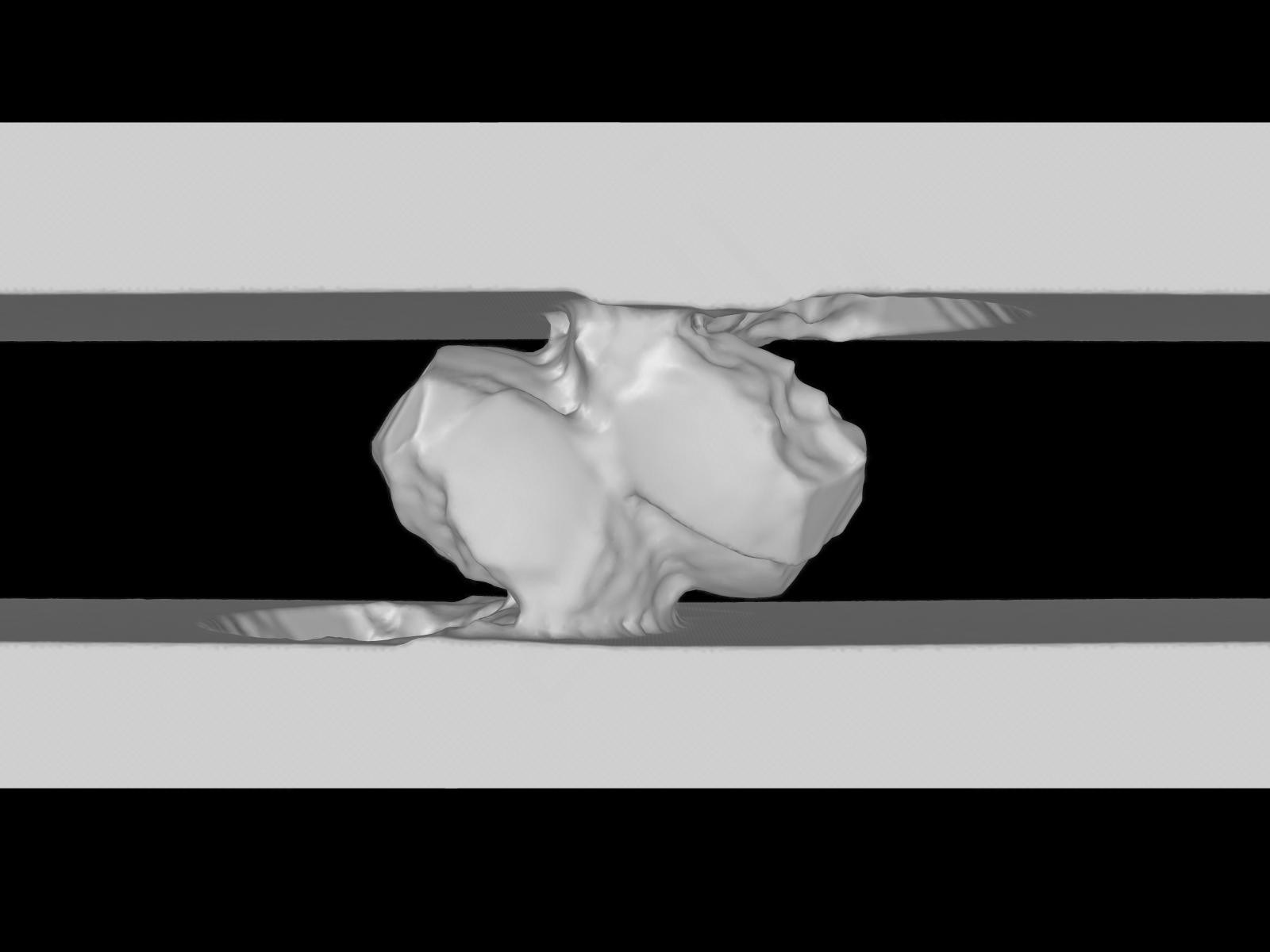 Adhesive wear occurs when two surfaces – such as a brake pad and a wheel’s disc, or a car tire and the road – rub against each other. Why is this a concern? Because the rubbing action generates millions of fine particles that can cause serious problems, such as respiratory illnesses. The formation of this debris also means that the materials get worn down, which eventually leads to both financial and energy-related losses.

In 2016, researchers from both the Computational Solid Mechanics Laboratory (LSMS) of the Swiss Federal Institute of Technology in Lausanne (EPFL) and Cornell University used computer simulations to identify how these particles form. This initial breakthrough, which was published in Nature Communications, laid the groundwork for a new field of study in the broader science of tribology. The researchers have now written another article that goes even further: their computer simulations can be used to calculate the volume, shape and size of this type of debris. Since the smallest particles are the most harmful, this information is crucial to determining how dangerous the particulate matter is. Their work is being published in the Proceedings of the National Academy of Sciences (PNAS).

Revisiting the Archard’s wear equation
The computer simulation used by the EPFL researchers replicated the physical process of adhesive wear at the atomic level: “Our study shows that the volume of the particles that form depends on the size of the contact areas between the asperities,” says Ramin Aghababaei, the study’s lead author. Aghababaei notes that his study refines the Archard wear equation – the most fundamental yet empirical model of adhesive wear developed in 1953 by British scientist Jack F. Archard that has become a standard in the field of tribology. In this equation, the volume of debris is proportional to both the normal load – i.e., the applied pressure – and the sliding distance between two surfaces. “Previously, researchers and engineers added a coefficient whenever their observations didn’t tally with the equation’s output. Our research, in addition to proving the validity of this equation, establishes a scientific basis for the coefficient.”

An expanding field
“Until now, researchers had a poor understanding of why this debris formed and how to calculate the volume of particles, because they could only make empirical observations,” says Jean-François Molinari, the director of the LSMS and the study’s co-author. “For close to fifty years, tribology was largely overlooked among the sciences, and even experienced a decline.” According to Molinari, things are turning around now thanks to novel experiments at the nanoscale and to the development of computer simulations, which help researchers analyze physical behaviors that are invisible to the human eye and even the most powerful cameras. “In our lab, two theses are devoted to this field. They are attempting to develop analytical tools that work with real rough surface profiles and various materials.”

Many applications
Aghababaei is preparing to set up his own research group as a tenure-track assistant professor at Aarhus University (Denmark). One of the things the group will work on is preventing adhesive wear in wind turbines – just one of the many areas in which this research is relevant. For Aghababaei, this study is just the first step: “Our research will have direct applications in the automobile, aerospace and metals industries, where it could be used to develop coatings that prevent the loss of both materials and energy. A better understanding of debris formation will also give us important insight into gouge formation, of crucial importance to understand earthquakes, and help reduce wear in prosthetic devices and the pain it causes to patients. By measuring the size of these particles, we’ll learn more about these processes and be better equipped to prevent them.”