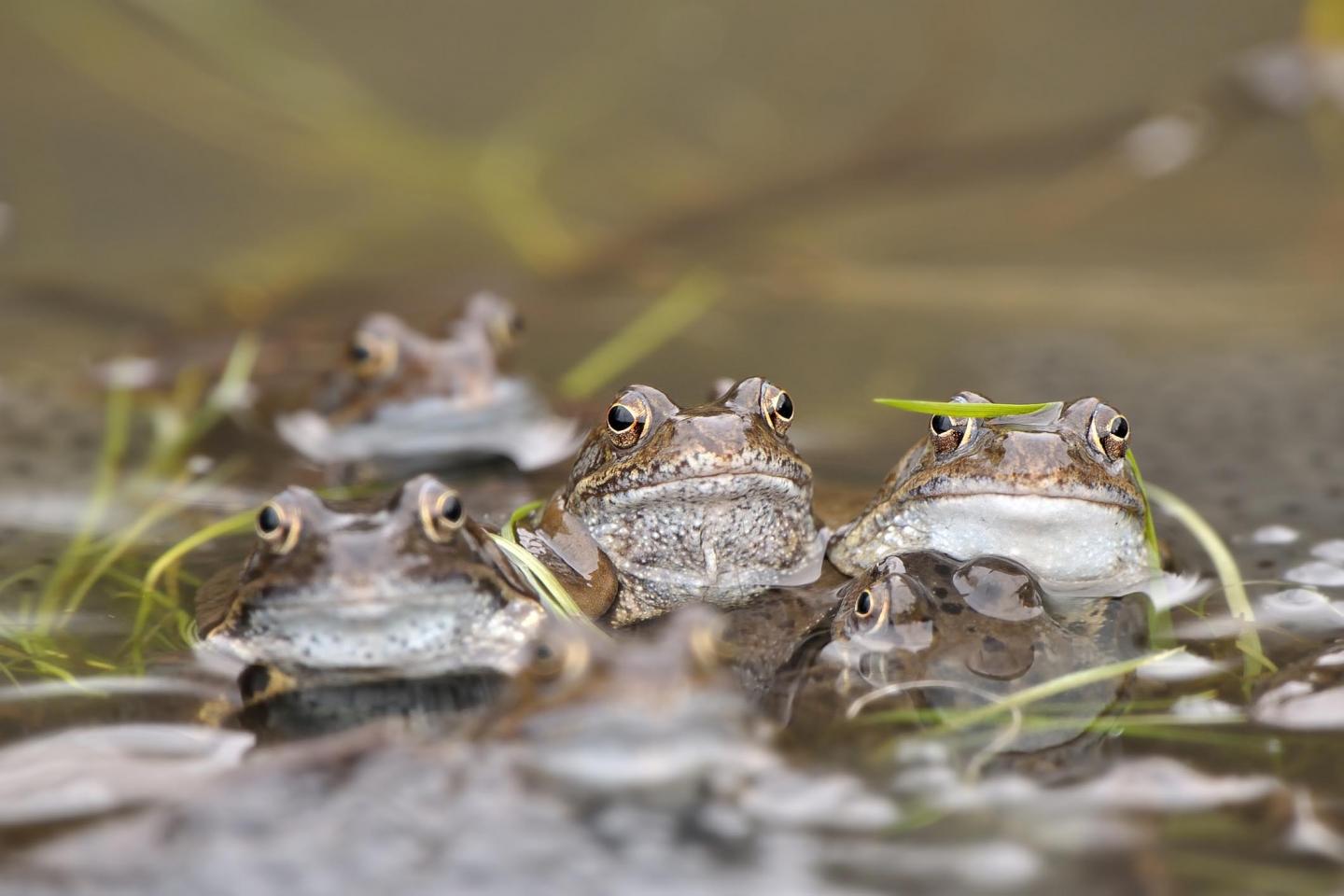 Researchers at Lancaster University have found a way to detect subtle early warning signs that reveal a frog population is at risk from pollution.

Worldwide, amphibian populations are declining due to habitat loss, disease and pollution which is cited as a major threat to their survival.

Scientists publishing in Scientific Report, have found evidence of stress in tadpoles taken from ponds most impacted by pollution caused by nutrients and pesticides. They say the technique they used to spot these changes could offer an early warning system for populations at risk.

Working over a three-year period they looked at common frog populations in urban and rural ponds subject to varying degrees of pollution. Using a special kind of biochemical ‘fingerprinting’ detected via infrared spectroscopy, the team looked at tissues taken from tadpoles as well as frogspawn to examine their biochemical makeup – searching for markers such as glycogen which can vary as the organism responds to stress. The team found strong evidence of higher levels of stress in tadpoles living in those ponds most impacted by pollution, more so than frogspawn embryos, which are protected to some degree by their jelly coat.

These subtle detrimental effects are otherwise very hard to detect using conventional biological toxicity tests and analytical chemistry but the new technique of biospectroscopy can act as an early warning before a local population becomes extinct. The test could potentially help scientists carrying out environmental monitoring on frog and amphibian populations to indicate which freshwater systems are at risk from pollution, before it’s too late.

Dr Crispin Halsall, an environmental chemist at Lancaster University, said: “Amphibians are particularly vulnerable to contamination due to their sensitive life-stages, particularly tadpoles. Agricultural pesticides and nutrients from fertilisers are a threat to frogs during their breeding season.

“This is the first time we have been able to show that infrared spectroscopy of this kind can pick up on the differences between tadpole populations which have been exposed to low but varying levels of pollution.”

Prof Frank Martin of the University of Central Lancashire who has pioneered biospectroscopy methods in both medical and environmental applications, said: “”What we have is a rapid, cost-effective tool for assessing subtle effects of pollution in a vulnerable species. The next steps would be to establish a database of fingerprint spectra of different tissue types as well as non-affected ‘control’ organisms to compare to pollutant-affected organisms.”