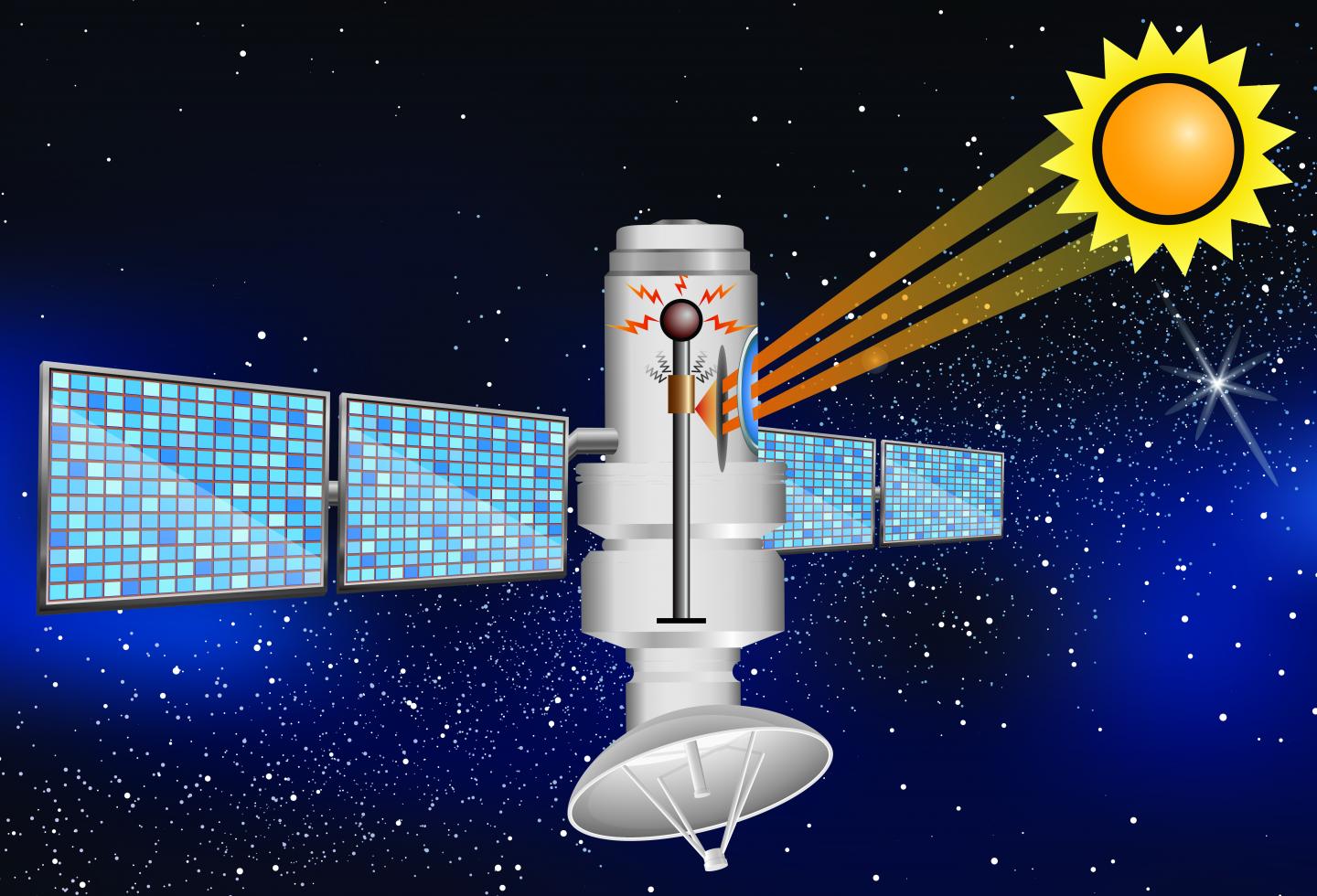 A solid can serve as a medium for heat and sound wave interactions just like a fluid does for thermoacoustic engines and refrigerators – resulting in leak-free machines that can stay operating longer.

Leaky systems have limited how engineers design thermoacoustic devices that rely on the interplay between temperature oscillations and sound waves. Researchers at Purdue and the University of Notre Dame have demonstrated for the first time that thermoacoustics could theoretically occur in solids as well as fluids, recently presenting their findings at the 175th Meeting of the Acoustical Society of America.

“Although still in its infancy, this technology could be particularly effective in harsh environments, such as outer space, where strong temperature variations are freely available and when system failures would endanger the overall mission,” said Fabio Semperlotti, Purdue assistant professor of mechanical engineering.

Thermoacoustics has been an established and well-studied phenomenon in fluids – whether as a gas or liquid – for centuries. “Applying heat to a fluid enclosed in a duct or cavity will cause the spontaneous generation of sound waves propagating in the fluid itself,” said Carlo Scalo, an assistant professor of mechanical engineering at Purdue. “This results in so-called singing pipes, or thermoacoustics machines.”

While fluids have been historically used for these systems, the extra step of building something to contain the fluids and prevent leaks is cumbersome. This led the researchers to consider solids as a replacement.

“Properties of solids are more controllable, which could make them potentially better suited to these applications than fluids. We needed to first verify that this phenomenon could theoretically exist in solid media,” said Haitian Hao, Purdue graduate research assistant in mechanical engineering.

Thermoacoustics enables either waste heat or mechanical vibrations to be converted into other useful forms of energy. For refrigerators, sound waves generate a temperature gradient of hot and cold. The vibrating motion makes cold areas colder and hot areas hotter.

Engines use an opposite process: a temperature gradient provided by waste heat leads to mechanical vibrations.

The researchers developed a theoretical model demonstrating that a thin metal rod can exhibit self-sustained mechanical vibrations if a temperature gradient is periodically applied to segments of the rod. This balanced unwanted mechanical energy dissipation and showed that, like fluids, solids contract when they cool down and expand when they heat up. If the solid contracts less when cooled and expands more when heated, the resulting motion will increase over time.

Solids can also be engineered to achieve the needed properties for achieving high thermoacoustics performance. “Fluids do not allow us to do this,” Semperlotti said.

Extreme temperature differences in space would be perfect for generating mechanical vibrations that are then converted to electrical energy on spacecraft.

“A solid state device would use the sun as its heat source and radiation towards deep space as its cold source,” Semperlotti said. “These systems could operate indefinitely, given that they do not have any part in motion or fluid that could leak out.”

Researchers still need to complete an experimental setup to validate this design idea and better understand the thermoacoustics of solids as discovered through mathematical calculations and modeling.

“Possible applications and performance of these devices are still in the realm of pure speculation at this point,” Semperlotti said. “But the phenomenon exists and it has the potential to open some remarkable directions for the design of thermoacoustic devices.”