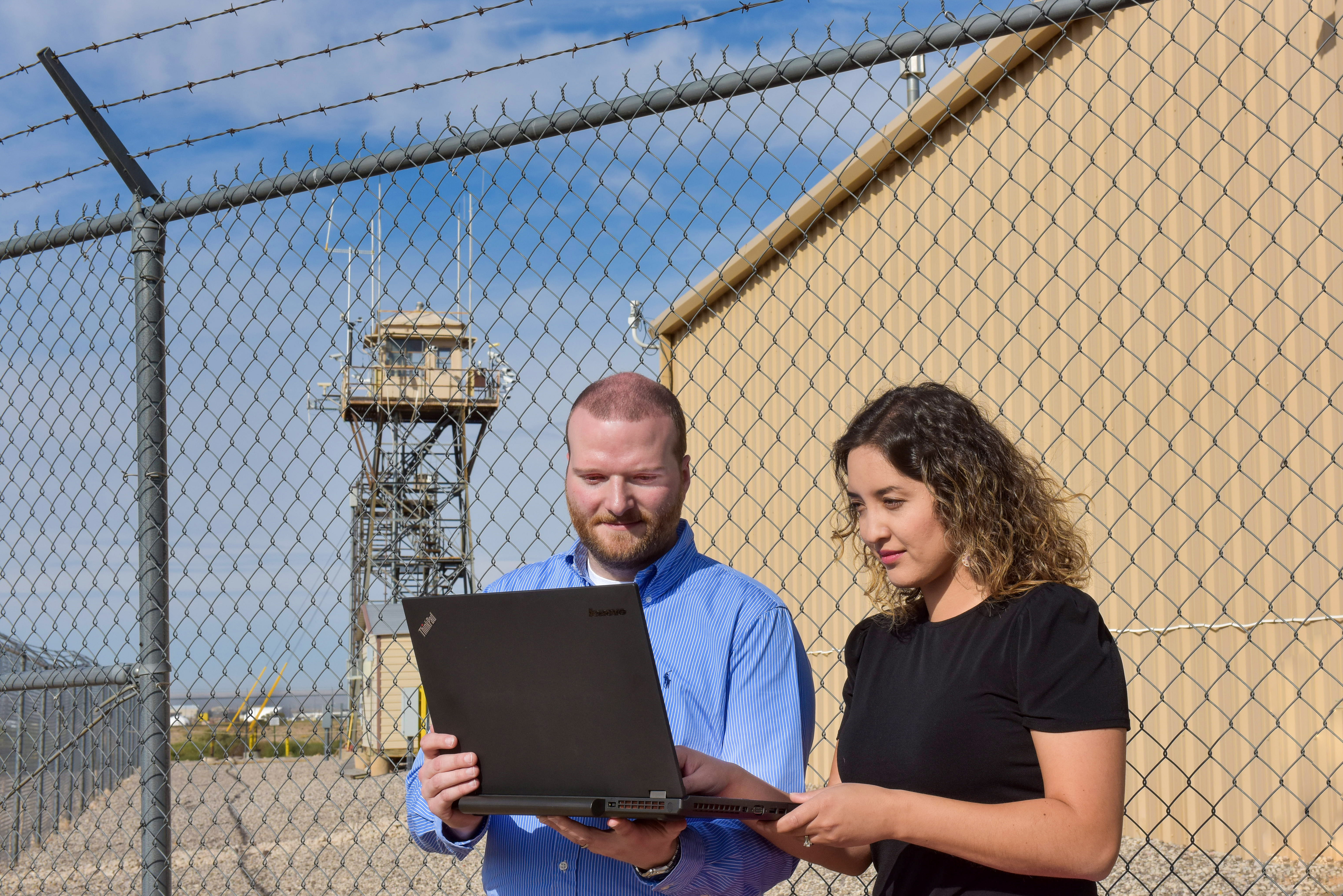 Where do you get your water? How do you generate electricity to cook your food and keep it fresh? What happens to your waste after you toss it or flush it?

For soldiers overseas, the answers to questions about basic facilities and services are vital. Since 2013, Sandia National Laboratories has been helping the Army’s Product Directorate Contingency Base Infrastructure identify the best equipment for temporary bases overseas. For the first time, a Sandia-designed software tool is being used to recommend the core set of equipment for bases to be built in 2020 and beyond.

Contingency bases are overseas camps intended to be used for less than five years. Traditionally, each base was designed in an ad hoc manner with individual camp planners and commanders selecting what they thought they needed. As part of a larger effort to standardize designs and make the bases more efficient, the Army asked Sandia to help determine the best combinations of equipment to create all the infrastructure the bases need. Sandia’s specialty in trade space optimization and exploration is being used to solve this complex systems of systems problem. The analytic tools leverage Sandia’s fundamental safety, security and reliability expertise and have been applied to a range of Department of Defense and nuclear weapons programs.

Of course, what qualifies as the “best” isn’t easy to define, especially when you have multiple, sometimes conflicting goals, said Karina Munoz-Ramos, another systems analyst on the project. Sandia’s Contingency Base Infrastructure tool optimizes the whole system of systems based on five criteria: affordability, performance, risk, commonality and scalability.

Affordability is a rather straightforward optimization criterion, one you likely use in your day-to-day life. However, affordability doesn’t just include initial purchase cost, but also the cost to transport the equipment to the site and the cost of consumables, such as fuel or water, said Dessanti. Generator A might be cheaper than Generator B but if it requires more fuel per kilowatt-hour, it might not be worth it in the long run.

Performance takes into account setup time, maintenance, resupply needs and the quality of life for the soldiers. For example, rigid-wall billeting is higher performing than tents because it blocks more noise, is better insulated and is quicker to set up. Dessanti said, “If the soldiers have a better quality of life on the camp, then when they go do their mission, they’ll be more effective. If they’re better rested, better fed and can shower regularly, then they’re going to be able to do their job better.”

Some equipment considered in the analyses involves new technologies that reuse water or supply electricity more efficiently to drive down the resupply cost for a base. However, there is a chance the new technology won’t be ready when the Army needs to set up the camp in a few years. This is captured by the schedule risk criteria.

Commonality reflects the efficiency gained when the base uses the same kind of generators for the kitchens and laundry or uses the same structures to sleep, eat and conduct administrative tasks. This synergy improves base set-up, maintenance and repair.

The last optimization criterion is scalability. For example, can the base support another unit passing through the area for a few days, or will that deplete the base’s water storage or strain the generators? Alternatively, how much additional equipment could the camp sustain if its mission changes at some point and it needs to support many more soldiers, said Dessanti.

The Contingency Base Infrastructure optimization tool is an application of Sandia’s Whole System Trades Analysis Tool, which is designed to solve these complex, multi-variable optimization problems.

Sandia’s optimization tool uses advanced evolutionary algorithms to search for the very best combinations of equipment. After scoring a few million of the roughly 10150 possible combinations (which is about the number of fundamental particles in the universe squared), the tool will keep several thousand of the best options it found across the five decision criteria. Army decision-makers then use the tool to explore and understand the tradeoffs between the five decision criteria. After careful consideration of the tradeoffs, they select one recommended set of equipment that best meets the goals for the base camp being designed.

The project has focused on optimizing three different sized bases. Extra small base camps support 50 to 299 soldiers; small bases support 300 to 1,999; and medium bases support 2,000 to 5,999. The equipment needed for a cluster, defined as 12 extra small, five small, and one medium base that are all in the same geographic location and support each other, also has been optimized.

In addition, Sandia’s analyses can help the Army evaluate investments in developmental technologies, said Dessanti. Perhaps technologies that drastically reduce the resupply cost of a base but are still “risky” can become viable with further investment in research and development.

In 2015, the joint Sandia/Army team received an Army Modeling and Simulation Award for, in the citation’s words, “best applications of Army models and simulations in an era of fiscal austerity and rapid innovation.”

One ongoing challenge is that the tool needs high-quality data to support the decision-making process. And it can be difficult to gather all the data, Munoz-Ramos said. For example, if the reliability estimate for a generator is too high, the analysis might incorrectly recommend that generator over other sources of power generation. The team is constantly working to improve the decision analytics expertise and tools and the data that support them.

Ultimately, the project can help save the Army a lot of money while enhancing the quality of life at its base camps. “Enabling dramatic improvements in base camp cost and efficiency for our soldiers instills a sense of pride in the work that you’re doing and it really motivates you to make sure that you’re getting it right,” Dessanti said.