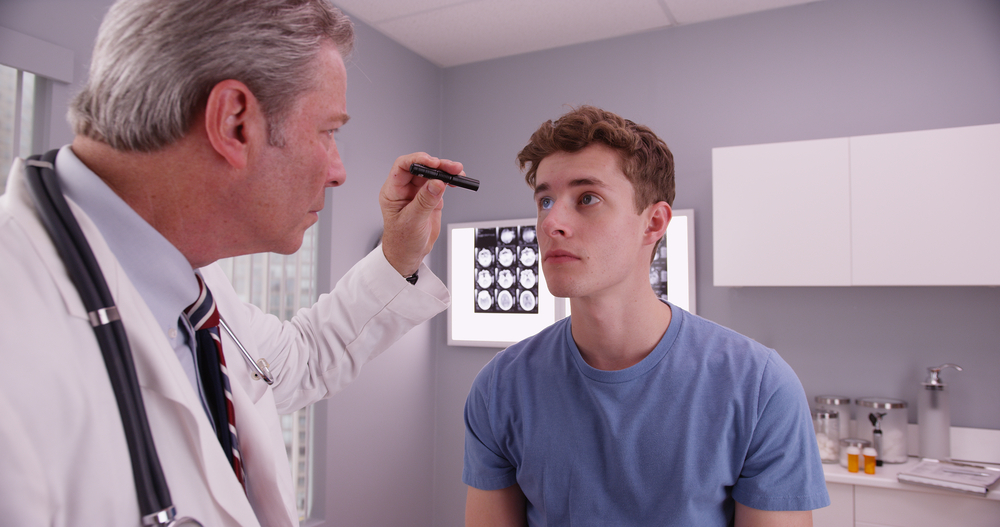 Caption: Researchers have discovered the link between concussions and the acceleration of Alzheimer’s disease.

A direct link has been found between concussions and Alzheimer’s disease.

New research by the Boston University School of Medicine (BUSM) found that concussions will accelerate brain atrophy and cognitive decline in people who are already at a genetic risk for the disease.

The researchers studied 160 Iraq and Afghanistan war veterans, some of which had suffered one or more concussions and some who were concussion-free. By using MRI imaging they measured the thickness of the cerebral cortex in seven regions that are the first to show atrophy in Alzheimer’s sufferers, as well as seven control regions.

Jasmeet Hayes, Ph.D., assistant professor of psychiatry at BUSM and research psychologist at the National Center for PTSD, VA Boston Healthcare System, explained the results of the study.

“We found that having a concussion was associated with lower cortical thickness in brain regions that are the first to be affected in Alzheimer’s disease,” Hayes said in a statement. “Our results suggest that when combined with genetic factors, concussions may be associated with accelerated cortical thickness and memory decline in Alzheimer’s disease relevant areas.”

One of the most noteworthy results of the study is brain abnormalities were found in a younger group than what was expected, with the average age being 32 years old.

“These findings show promise for detecting the influence of concussion on neurodegeneration early in one’s lifetime, thus it is important to document the occurrence and subsequent symptoms of a concussion, even if the person reports only having their ‘bell rung’ and is able to shake it off fairly quickly, given that when combined with factors such as genetics, the concussion may produce negative long-term health consequences,” Hayes said.

With these results, the researchers will work to find the precise concussion-related mechanism that accelerate the onset of Alzheimer’s disease, chronic traumatic encephalopathy, Parkinson’s and other neurodegenerative diseases.

According to Hayes, treatments may one day be developed to target those mechanisms and delay the onset of neurodegenerative pathology.