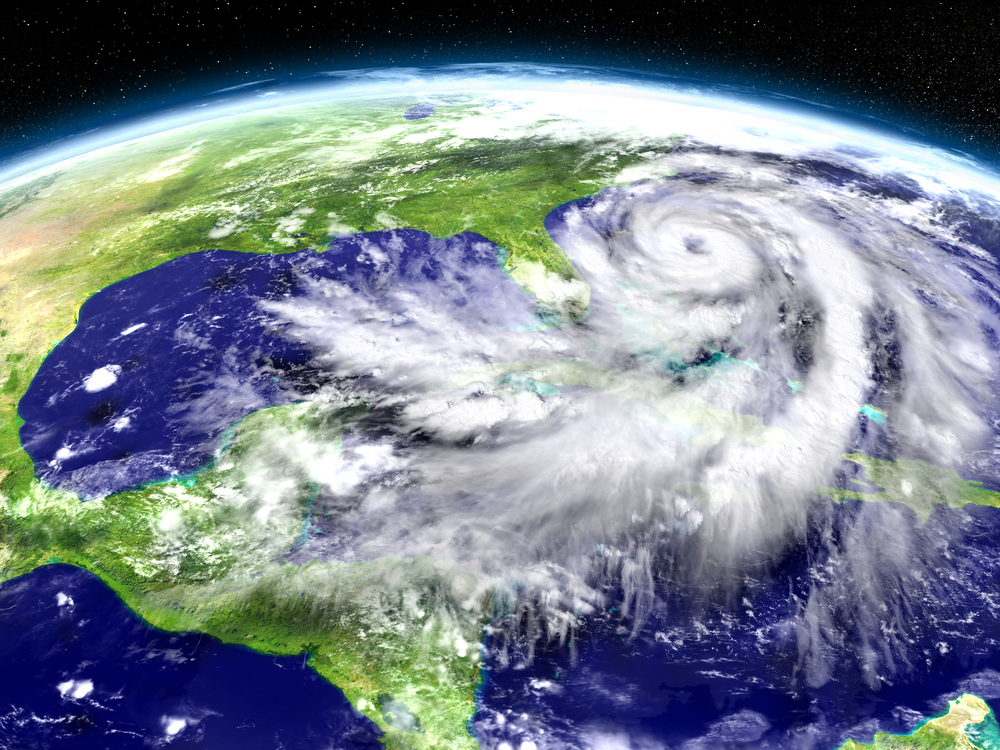 Researchers may look to the sky to better predict the devastating hurricanes and typhoons that take place around the globe every year.

At a panel on the Benefits for Humanity-Innovations on the International Space Station (ISS) during the ISS R&D Conference 2017, Paul Joss, a professor of physics at the Massachusetts Institute of Technology, said by viewing cyclones at 400 km above sea level, researchers will be able to better predict their ultimate impact on human life.

“The single quantity that tells you the most about how much damage and how many lives are going to be lost when a cyclone hits land is the pressure at sea level in the clear eye of the center of the storm,” Joss said during the July 18 panel. “Having accurate measurements on the strength of these storms and putting those into numerical weather prediction codes to determine how strong the storm is going to be when it hits land is of great importance in saving both human life and property.

“Since 2013 we’ve been investigating on the ISS a remote method of measuring the central pressure in a tropical cyclone.”

Joss estimated that better predicative measures of cyclones could ultimately save 10,000 lives and $10-billion to $15-billion annually worldwide.

ISS is able to capture exactly how a storm is moving and acting from different angles, which can be used to measure the height of the clouds just outside the central eye of the storm.

Researchers then would be able to create a 3D image of the eye wall—the area immediately outside the eye of the cyclone that is considered most devastating region of a cyclone.

Joss explained that the problem of incorrect estimations is a global issue.

“The only country that does those kinds of measurements is the United States and we share it with nearby countries,” he said. “Other countries have no such protection; they only have the crudest estimates on how strong the storm is going to be before they hit.”

He said there are dangers to both overestimating and underestimating the impact of a cyclone.

By overestimating the potential impact of a storm, government entities go through costly evacuation and protection measures that may not be warranted. This also results in residents not heading future warnings of storms and risking their lives by not evacuating.

Also underestimating storms results in people not following the proper precautions and risking their lives.

Joss said by perfecting this method, the aim is to provide round-the-clock measurements and estimations of every cyclone across the globe.

“Our ultimate goal is to fly a small constellation of four microsatellites, which will enable us to fly over every tropical cyclone worldwide every hour and a half,” he said.

Joss said private capital is likely needed because each of the four satellites would needed to be injected into a very precise orbit, which could be expensive.

He also said in the meantime, they plan on using drones flying about 20 km above sea level to try to capture some information.

Joss said another benefit will be by creating a comprehensive dataset of information on cyclones researchers can learn about the storm, including how global warming is impacting the intensity of storms.

Also speaking during the panel were Randy Giles, Ph.D., chief scientists at the Center for the Advancement of Science in Space, Julie Robinson, Ph.D., ISS chief scientist, Andrew Feinberg, Ph.D., professor of medicine, oncology, molecular biology & genetics at the School of Medicine for Johns Hopkins University, Peter Wayner, Ph.D., professor emeritus at the Department of Chemical and Biological Engineering at Rensselaer Polytechnic Institute.