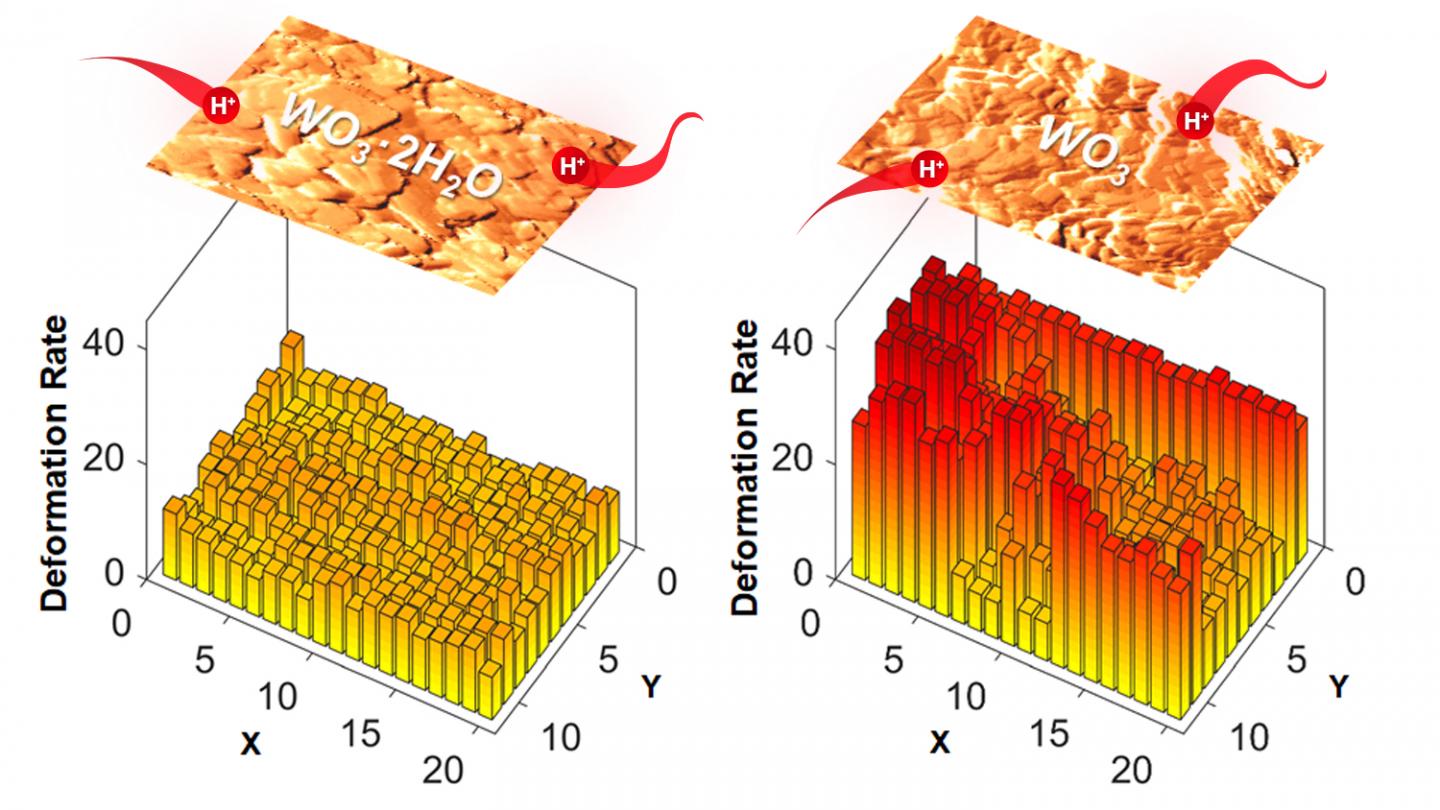 Atomic force microscopy reveals that structural water in tungsten oxide results in smaller deformation rates from ion intercalation, an unexpected finding on the role of structural water that can enable materials with higher power and efficiency energy storage devices.

A material with atomically thin layers of water holds promise for energy storage technologies, and researchers have now discovered that the water is performing a different role than anyone anticipated. The finding was possible due to a new atomic force microscopy (AFM) method that measures the sub-nanoscale deformation rate in the material in response to changes in the material caused by energy storage.

The researchers studied crystalline tungsten oxide dihydrate, which consists of crystalline tungsten oxide layers separated by atomically thin layers of water. The material is of interest because it holds promise for helping to store and release energy quickly and efficiently. However, it has not been clear what role the water plays in this process.

To address this question, researchers from North Carolina State University, the Oak Ridge National Laboratory (ORNL) and Texas A&M University used a new methodology. The new technique relies on AFM to track the expansion and contraction of the material at the atomic scale and in real time as an electronic instrument called a potentiostat moves charge in and out of the material. This technique allowed the team to detect even minor deformations in the material as charge moved through it.

“We tested both crystalline tungsten oxide dihydrate and crystalline tungsten oxide – which lacks the water layers,” says Veronica Augustyn, an assistant professor of materials science and engineering at NC State and corresponding author of a paper on the work. “And we found that the water layers appear to play a significant role in how the material responds mechanically to energy storage.”

“In practical terms, this means that the material with water layers is more efficient at storing charge, losing less energy,” Augustyn says.