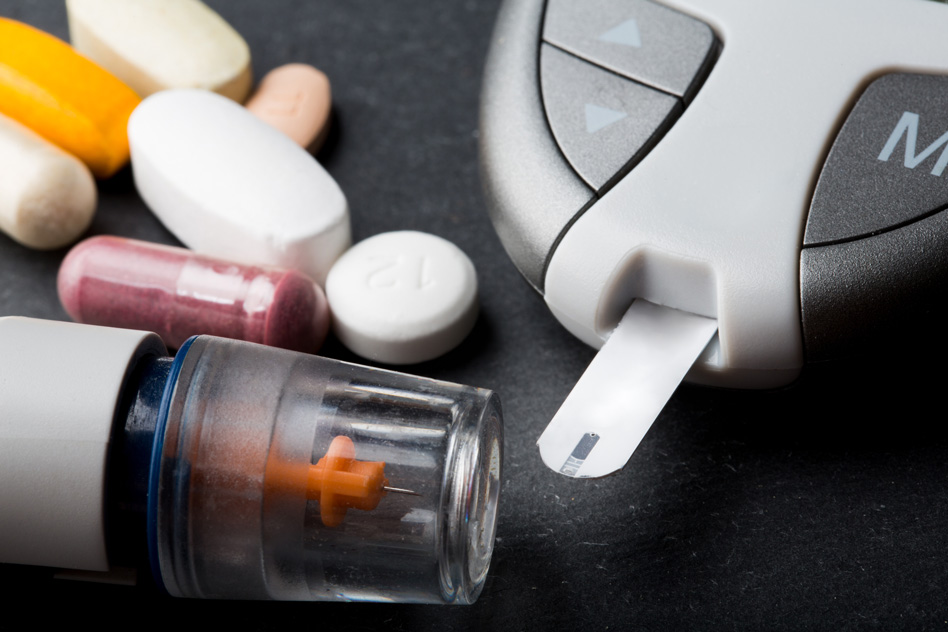 “[Glucose-responsive insulin] has been a longstanding goal of the diabetes field,” says professor Michael Strano. “If done correctly, you could make it so that diabetics could take an occasional dose and never have to worry about their blood sugar.” Source: MIT

People with Type 1 diabetes must check their blood glucose several times a day and inject themselves with insulin to keep their blood sugar levels within a healthy range. A better alternative, long sought by diabetes researchers, would be insulin that is engineered to linger in the bloodstream, becoming active only when needed, such as right after a meal.

One obstacle to developing this kind of “glucose-responsive insulin” is that it is difficult to know how these drugs will behave without testing them in animals. MIT researchers have now created a computer model that should streamline the development process: Their new model can predict how glucose-responsive insulin (GRI) will affect patients’ blood sugar, based on chemical traits such as how quickly the GRI becomes activated in the presence of glucose.

“The concept of GRI has been a longstanding goal of the diabetes field,” says Michael Strano, the Carbon P. Dubbs Professor of Chemical Engineering at MIT. “If done correctly, you could make it so that diabetics could take an occasional dose and never have to worry about their blood sugar.”

The new model allowed the researchers to identify several strong GRI candidates, which they now plan to test in animals.

Strano is the senior author of two recent papers on GRIs, which appear in the journals Nature Chemistry and Advanced Healthcare Materials. The first author of both papers is MIT graduate student Naveed Bakh.

In recent years, scientists have experimented with several types of GRIs. In the recent Nature Chemistry article, Strano and colleagues outlined some of the progress that has been made and laid out a series of specific synthetic approaches that could help make GRIs a practical reality. These include using mathematical models of the human body to predict how GRIs would behave in patients, making it easier to design and test such drugs.

In the Advanced Healthcare Materials paper, the MIT team used that type of modeling to analyze insulin that is modified so that it can interact with glucose. The insulin has molecules called PBA attached to it, and these PBA molecules can bind to glucose, which then activates the insulin.

Other GRI approaches that scientists have tried involve insulin embedded into hydrogels that release the drug when they encounter glucose, and insulin-carrying particles made from polymers that degrade when they bind to glucose. In all of these cases, it’s important to know how strongly the glucose will interact with the GRI and how quickly the insulin will begin acting.

The MIT team devised equations that describe the behavior of PBA-modified insulin based on parameters such as how strongly glucose binds to the GRI and how rapidly the insulin is activated. They combined these equations with existing models of how glucose and insulin behave in different compartments of the body, such as blood vessels, muscle, and fatty tissue.

“We started by thinking about the GRI as a set of equations,” Strano says. “The result is the first rational design for the GRI.”

As a result, the researchers can now enter specific GRI traits and model how the GRI will behave in the human body over a 24-hour period, with meals consumed at certain intervals throughout the day. The model predicts how much blood sugar will spike after meals, the strength of the triggered insulin response, and the resulting blood sugar level.

The researchers incorporated the American Diabetes Association’s recommended blood sugar limits into their model, allowing them to determine which GRI parameters produce blood sugar control within the suggested guidelines.

The paper shows that it is possible to optimize the design of chemically modified insulin, says Frank Doyle, the dean of Harvard University’s John A. Paulson School of Engineering and Applied Sciences.

“Furthermore, they demonstrate effective (simulated) control for three meals in a 24-hour period, as well as a missed meal scenario. Taken together, these results reveal the exciting promise of such a strategy for diabetes treatment, along with the opportunity for human clinical evaluation,” says Doyle, who was not involved in the study.

While this model is specific to one category of GRI, the researchers plan to apply this approach to develop similar models for other types of GRIs.

Strano says he hopes that other researchers, particularly medicinal chemists, will use the new model to guide development of new GRI candidates. The MIT team is also pursuing several of the best candidates predicted by the model and plans to work with Michael Weiss, a professor of biochemistry at Case Western Reserve University, to test them in mice.

The researchers believe that this approach could be extended to other types of drugs that would respond to changes in physiological conditions, for example, anticoagulants that are activated when blood clotting proteins become elevated.

“We could envision a future where that’s the norm for all therapeutics: We could ask our drugs to modulate their potency based on our immediate, instantaneous need in real time,” Strano says. “That’s pie-in-the-sky at this point, but the starting point of this concept is a model for their design.”