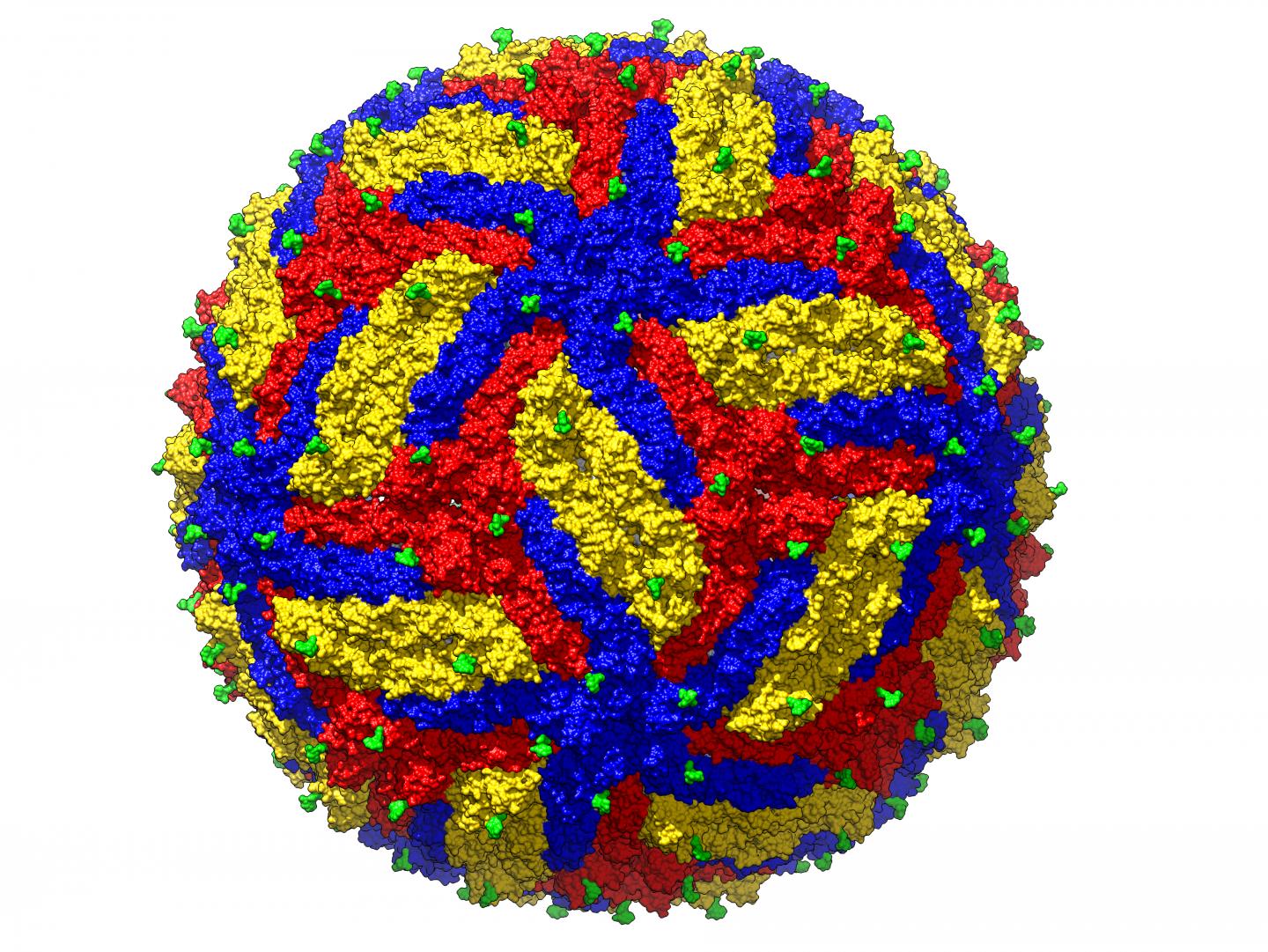 Researchers have created the most accurate picture of Zika to date, finding probable drug-binding pockets on the surface of the virus and paving the way for vaccine design.

Purdue researchers were the first to discover the structure of Zika virus in 2016. Using cryo-electron microscopy (cryo-EM), they created an image of the virus at a resolution of 3.8 Ångstrom, a unit used to express the size of atoms and molecules. Now, they’ve scaled that number down to 3.1, bringing them even closer to seeing atomic details of the virus. The findings were published in the journal Structure (Cell Press).

“This is the most accurate picture we have of the virus so far,” said Michael Rossmann, the Hanley Distinguished Professor of Biological Sciences at Purdue. “These results will give us ways to efficiently design antiviral compounds and provide a basis for structure-based vaccine design.”

The research team used new virus preparation methods and updated data processing techniques to get this improved resolution. The result of cryo-EM is an electron potential map, which can be interpreted by building an atomic model. The best fit between the model and the map is achieved using statistical adjustments known as “refinement.”

Zika virus belongs to the family of flaviviruses that are transmitted by mosquitos and ticks. Rossmann’s team compared the new Zika structure to other flaviviruses such as Dengue, West Nile and Japanese Encephalitis virus, which are structurally similar but cause different disease symptoms. Zika virus causes babies to be born with abnormally small heads and sometimes smaller brains, a condition known as microcephaly, and may result in Guillain-Barre syndrome in adults. Dengue Fever, on the other hand, causes flu-like symptoms and a skin rash.

“We compared the surface properties of these viruses and observed differences in the landscape of the surface exposed residues,” said Madhu Sevvana, a postdoctoral researcher at Purdue and lead author of the paper. “We found certain structural differences on the surface, which could be a starting point for further mutational analyses.”