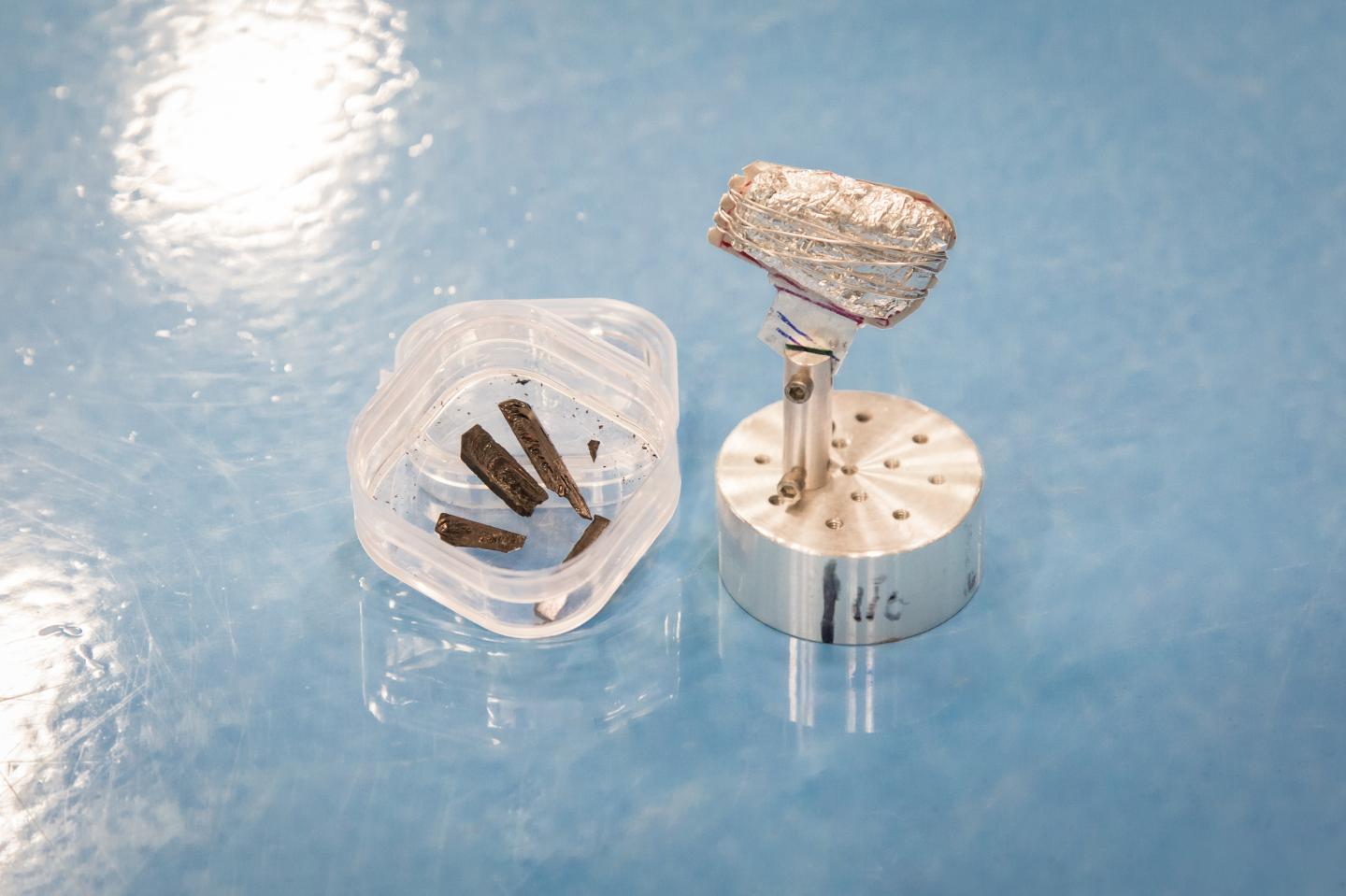 A team led by the Department of Energy’s Oak Ridge National Laboratory has used sophisticated neutron scattering techniques to detect an elusive quantum state known as the Higgs amplitude mode in a two-dimensional material.

The Higgs amplitude mode is a condensed matter cousin of the Higgs boson, the storied quantum particle theorized in the 1960s and proven experimentally in 2012. It is one of a number of quirky, collective modes of matter found in materials at the quantum level. By studying these modes, condensed matter researchers have recently uncovered new quantum states known as quasiparticles, including the Higgs mode.

These studies provide unique opportunities to explore quantum physics and apply its exotic effects in advanced technologies such as spin-based electronics, or spintronics, and quantum computing.

“To excite a material’s quantum quasiparticles in a way that allows us to observe the Higgs amplitude mode is quite challenging,” said Tao Hong, an instrument scientist with ORNL’s Quantum Condensed Matter Division.

Although the Higgs amplitude mode has been observed in various systems, “the Higgs mode would often become unstable and decay, shortening the opportunity to characterize it before losing sight of it,” Hong said.

The ORNL-led team offered an alternative method. The researchers selected a crystal composed of copper bromide, because the copper ion is ideal for studying exotic quantum effects, Hong explained. They began the delicate task of “freezing” the material’s agitating quantum-level particles by lowering its temperature to 1.4 Kelvin, which is about minus 457.15 degrees Fahrenheit.

The researchers fine-tuned the experiment until the particles reached the phase located near the desired quantum critical point–the sweet spot where collective quantum effects spread across wide distances in the material, which creates the best conditions to observe a Higgs amplitude mode without decay.

With neutron scattering performed at ORNL’s High Flux Isotope Reactor, the research team observed the Higgs mode with an infinite lifetime: no decay.

“There’s an ongoing debate in physics about the stability of these very delicate Higgs modes,” said Alan Tennant, chief scientist of ORNL’s Neutron Sciences Directorate. “This experiment is really hard to do, especially in a two-dimensional system. And, yet, here’s a clear observation, and it’s stabilized.”

“These breakthroughs are having widespread impact on our understanding of materials’ behavior at the atomic scale,” Hong added.