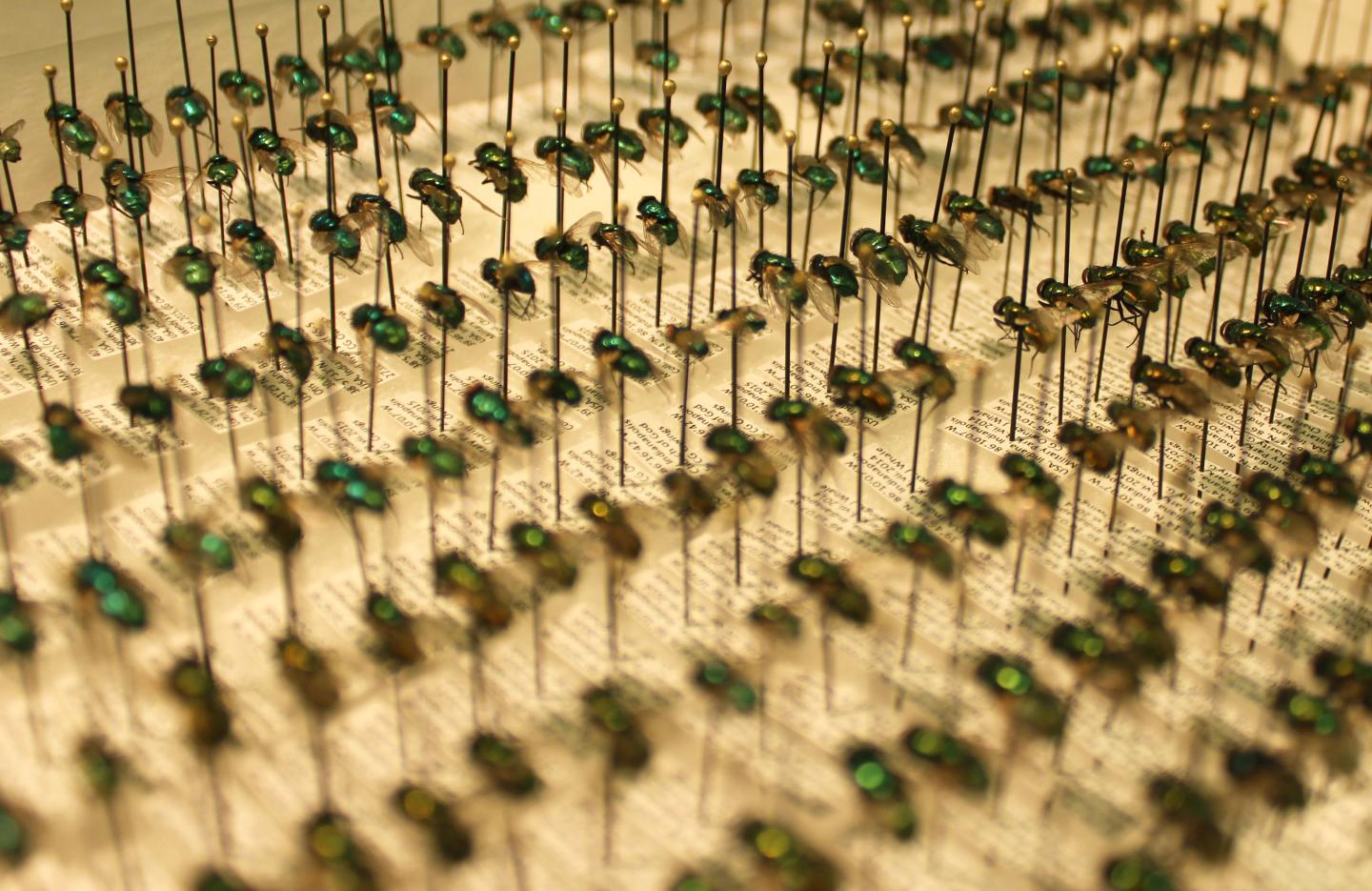 These are various Lucilia blow flies collected. Credit: School of Science at IUPUI

A new type of blow fly spotted in Indiana points to shifting species populations due to climate change. Researchers at IUPUI have observed the first evidence of Lucilia cuprina in Indiana, an insect previously known to populate southern states from Virginia to California.

Researchers recorded the L. cuprina species more than two dozen times from 2015 to 2017 in parks and other public places throughout Central Indiana. The fly was observed as far north as Michigan in the 1950s during a short period of warmer temperatures but had not been found in this region since then.

“As temperatures change and increase, the distributions of these insects will continue to change as well,” said Christine J. Picard, an associate professor of biology. “There is definitely a northward movement of species — not just insects, but all species — as they try to find temperatures where they are more comfortable.”

The movement of this species of fly into the Midwest could also have implications for forensic investigations involving decomposing remains. The growth and development of flies play an important role for scientists looking to learn how long a human or animal has been dead.

“With forensic science and forensic entomology, you should have an idea of which flies are present in your location in part because different species will have different development times,” Picard said.

The L. cuprina blow fly’s sister species Lucilla sericata is widely present in Indiana and is often used in forensic cases. Since the two species are so closely related, it’s difficult to tell them apart. If investigators don’t know they are dealing with an L. cuprina instead of the more typically seen L. sericata, their data could be inaccurate.