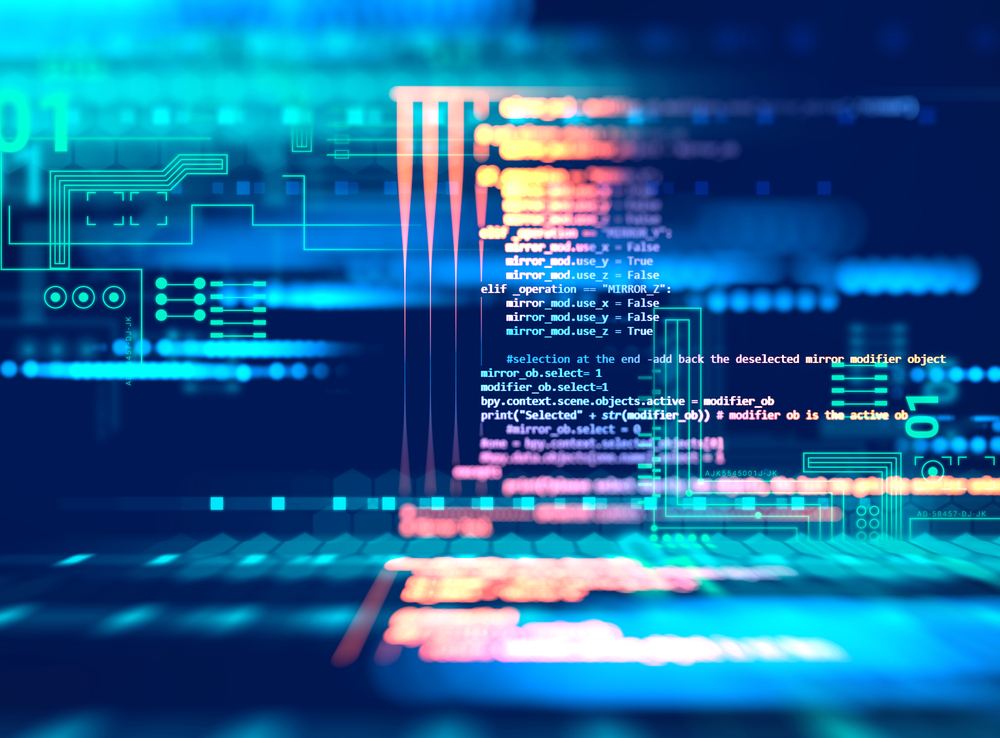 Researchers from the University of Pennsylvania, in collaboration with Johns Hopkins University and Goucher College, have discovered a new topological material which may enable fault-tolerant quantum computing. It is a form of computing that taps into the power of atoms and subatomic phenomena to perform calculations significantly faster than current computers and could potentially lead to advances in drug development and other complex systems.

The research, published in ACS Nano, was led by Jerome Mlack, a postdoctoral researcher in the Department of Physics & Astronomy in Penn’s School of Arts & Sciences, and his mentors Nina Markovic, now an associate professor at Goucher, and Marija Drndic, Fay R. and Eugene L. Langberg Professor of Physics at Penn. Penn grad students Gopinath Danda and Sarah Friedensen, who received an NSF fellowship for this work, and Johns Hopkins Associate Research Professor Natalia Drichko and postdoc Atikur Rahman, now an assistant professor at the Indian Institute of Science Education and Research, Pune, also contributed to the study.

The research began while Mlack was a Ph.D. candidate at Johns Hopkins. He and other researchers were working on growing and making devices out of topological insulators, a type of material that doesn’t conduct current through the bulk of the material but can carry current along its surface.

As the researchers were working with these materials, one of their devices blew up, similar to what would happen with a short circuit.

“It kind of melted a little bit,” Mlack said, “and what we found is that, if we measured the resistance of this melted region of one of these devices, it became superconducting. Then, when we went back and looked at what happened to the material and tried to find out what elements were in there, we only saw bismuth selenide and palladium.”

When superconducting materials are cooled, they can carry a current with zero electrical resistance without losing any energy.

Topological insulators with superconducting properties have been predicted to have great potential for creating a fault-tolerant quantum computer. However, it is difficult to make good electrical contact between the topological insulator and superconductor and to scale such devices for manufacture, using current techniques. If this new material could be recreated, it could potentially overcome both of these difficulties.

In standard computing, the smallest unit of data that makes up the computer and stores information, the binary digit, or bit, can have a value of either 0, for off, or 1, for on. Quantum computing takes advantage of a phenomenon called superposition, which means that the bits, in this case called qubits, can be 0 and 1 at the same time.

A famous way of illustrating this phenomenon is a thought experiment called Schrodinger’s cat. In this thought experiment, there is a cat in a box, but one doesn’t know if the cat is dead or alive until the box is opened. Before the box is opened, the cat can be considered both alive and dead, existing in two states at once, but, immediately upon opening the box, the cat’s state, or in the case of qubits, the system’s configuration, collapses into one: the cat is either alive or dead and the qubit is either 0 or 1.

“The idea is to encode information using these quantum states,” Markovic said, “but in order to use it in needs to be encoded and exist long enough for you to read.”

One of the major problems in the field of quantum computing is that the qubits are not very stable and it’s very easy to destroy the quantum states. These topological materials provide a way of making these states live long enough for to read them off and do something with them, Markovic said.

“It’s kind of like if the box in Schrodinger’s cat were on the top of a flag pole and the slightest wind could just knock it off,” Mlack said. “The idea is that these topological materials at least widen the diameter of the flag pole so the box is sitting on more a column than a flag pole. You can knock it off eventually, but it’s otherwise very hard to break the box and find out what happened to the cat.”

Although their initial discovery of this material was an accident, they were able to come up with a process to recreate it in a controlled way.

Markovic, who was Mlack’s advisor at Johns Hopkins at the time, suggested that, in order to recreate it without having to continually blow up devices, they could thermally anneal it, a process in which they put it into a furnace and heat it to a certain temperature.

Using this method, the researchers wrote, “the metal directly enters the nanostructure, providing good electrical contact and can be easily patterned into the nanostructure using standard lithography, allowing for easy scalability of custom superconducting circuits in a topological insulator.”

Although researchers already have the capability of making a superconducting topological material, there’s a huge problem in the fact that, when they put two materials together, there’s a crack in between, which decreases the electrical contact. This ruins the measurements that they can make as well as the physical phenomena that could lead to making devices that will allow for quantum computing.

By patterning it directly into the crystal, the superconductor is embedded, and there are none of these contact problems. The resistance is very low, and they can pattern devices for quantum computing in one single crystal.

To test the material’s superconducting properties, they put it in two extremely cold refrigerators, one of which cools down to nearly absolute zero. They also swept a magnetic field across it, which would kill the superconductivity and the topological nature of the material, to find out the limitations of the material. They also did standard electrical measurements, running a current through and looking at the voltage that is created.

“I think what is also nice in this paper is the combination of the electrical transport performance and the direct insights from the actual device materials characterization,” Drndic said. “We have good insights on the composition of these devices to support all these claims because we did elemental analysis to understand how these two materials join.”

One of the benefits of the researchers’ device is that it’s potentially scalable, capable of fitting onto a chip similar to the ones currently in our computers.

“Right now the main advances in quantum computing involve very complicated lithography methods,” Drndic said. “People are doing it with nanowires which are connected to these circuits. If you have single nanowires that are very, very tiny and then you have to put them in particular places, it’s very difficult. Most of the people who are on the forefront of this research have multimillion-dollar facilities and lots of people behind them. But this, in principle, we can do in one lab. It allows for making these devices in a simple way. You can just go and write your device any way you want it to be.”

According to Mlack, though there is still a fair amount of limitation on it; there’s an entire field that has sprouted up devoted to coming up with new and interesting ways to try to leverage these quantum states and quantum information. If successful, quantum computing will allow for a number of things.

“It will allow for much faster decryption and encryption of information,” he said, “which is why some of the big defense contractors in the NSA, as well as companies like Microsoft, are interested in it. It will also allow us to model quantum systems in a reasonable amount of time and is capable of doing certain calculations and simulations faster than one would typically be able to do.”

It’s particularly good for completely different kinds of problems, such as problems that require massive parallel computations, Markovic said. If you need to do lots of things at once, quantum computing speeds things up tremendously.

“There are problems right now that would take the age of the universe to compute,” she said.

“With quantum computing, you’d be able to do it in minutes.” This could potentially also lead to advances in drug development and other complex systems, as well as enable new technologies.

The researchers hope to start building some more advanced devices that are geared towards actually building a qubit out of the systems that they have, as well as trying out different metals to see if they can change the properties of the material.

“It really is a new potential way of fabricating these devices that no one has done before,” Mlack said. “In general, when people make some of these materials by combining this topological material and superconductivity, it is a bulk crystal, so you don’t really control where everything is. Here we can actually customize the pattern that we’re making into the material itself. That’s the most exciting part, especially when we start talking about adding in different types of metals that give it different characteristics, whether those be ferromagnetic materials or elements that might make it more insulating. We still have to see if it works, but there’s a potential for creating these interesting customized circuits directly into the material.”