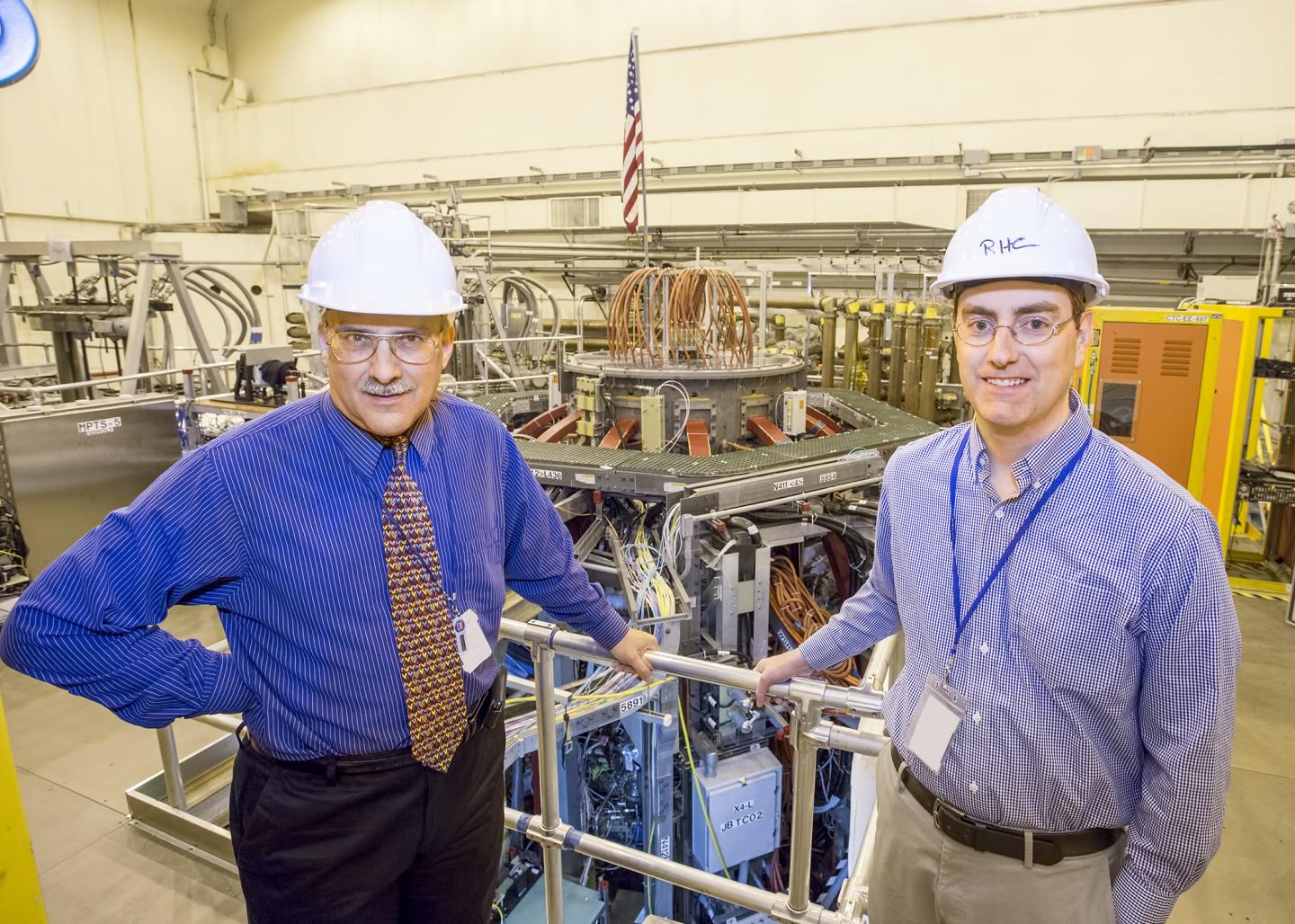 Physicists at the U.S. Department of Energy’s (DOE) Princeton Plasma Physics Laboratory (PPPL) have helped develop a new computer model of plasma stability in doughnut-shaped fusion machines known as tokamaks. The new model incorporates recent findings gathered from related research efforts and simplifies the physics involved so computers can process the program more quickly. The model could help scientists predict when a plasma might become unstable and then avoid the underlying conditions.

This research was reported in a paper published in Physics of Plasmas in February 2017, and received funding from the DOE’s Office of Science (Fusion Energy Sciences).

The plasma stability code was written in part by Jack Berkery, a research scientist in the Applied Physics and Applied Mathematics Department at Columbia University who has been associated with PPPL for almost 10 years. He is working on this project with Steve Sabbagh, a senior research scientist and adjunct professor of applied physics at Columbia who has collaborated with PPPL for almost three decades. Both Berkery and Sabbagh are part of the Columbia group at PPPL.

The new research is the latest in the physicists’ combined effort to develop a larger and more capable plasma-stabilizing computer program known as the Disruption Event Characterization and Forecasting (DECAF) code that will predict and help avoid disruptions.

Within tokamak plasmas, many forces balance to create a stable equilibrium. One force is an expanding pressure created by the intrinsic properties of the plasma — a soup of electrically charged particles. Another force is produced by magnets that confine the plasma, preventing it from touching the tokamak’s inner walls and cooling down.

Plasma physicists and engineers want the plasma to be under as much magnetic pressure as possible, because high pressure means that the plasma particles are interacting more frequently, increasing both the chances that fusion reactions will occur and the amount of heat produced by the tokamak. Past research by Berkery and Sabbagh on machines including the National Spherical Torus Experiment-Upgrade (NSTX-U) at PPPL has shown that high plasma pressure can be contained in a stable way if other properties of the plasma, like the way in which it rotates, have particular characteristics.

“Ideally, you want to operate tokamaks at high pressure because to get good fusion performance, you want to have the highest pressure you can,” Berkery continued. “Unfortunately, when you do that, instabilities can arise. So if you can find a way to stabilize the plasma, then you can operate your tokamak at a higher pressure.”

The updated program was written to predict the conditions that would best contain the high-pressure plasma. The program, though, is only one component of the DECAF code, which includes many modules that each monitor different aspects of a plasma in an effort to determine when the plasma is becoming unstable. “For years, we’ve been investigating which conditions lead to instability and how we can try to avoid those conditions,” Berkery said.

The code gathers information that includes the plasma’s density, temperature, and the shape of the plasma’s rotation. It then calculates which combinations of these conditions produce a stable plasma, simultaneously uncovering which combinations of conditions produce an unstable plasma. The new code specifically looks for signs of an oncoming unstable state known as a resistive wall mode. A plasma enters this state when forces causing the plasma to expand are stronger than the forces confining the plasma. The plasma’s intrinsic magnetic fields then expand outward and strike the interior of the tokamak’s walls.