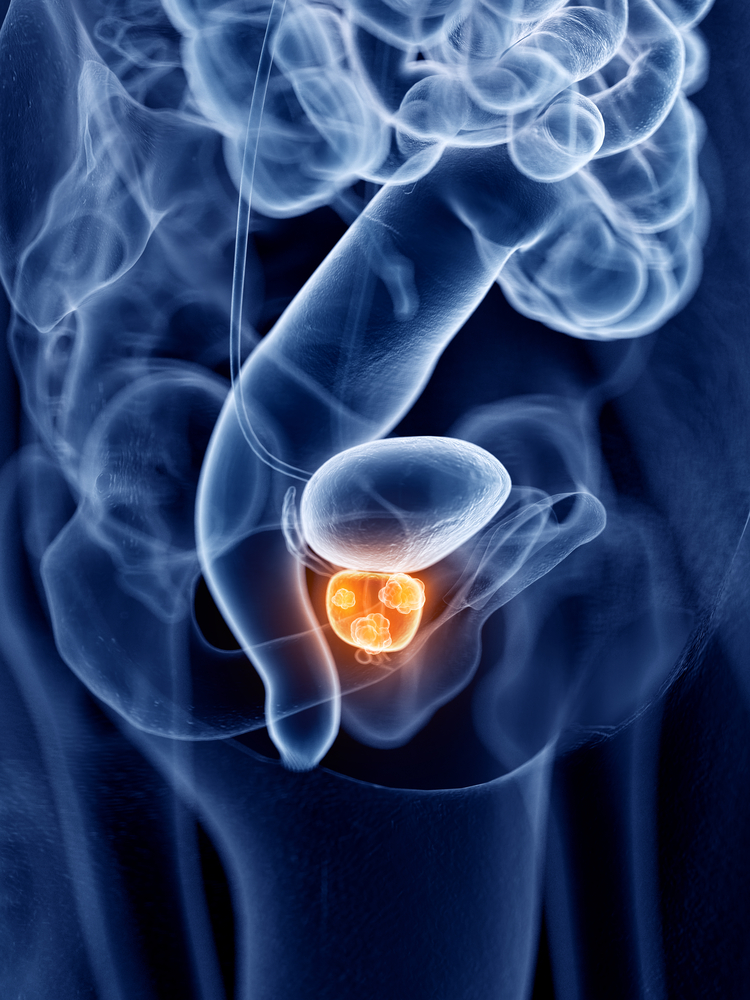 An international team, led by researchers at the University of California San Diego School of Medicine, has developed and validated a genetic tool for predicting age of onset of aggressive prostate cancer, a disease that kills more than 26,000 American men annually.

The tool, described in the January 11 online issue of the BMJ (formerly the British Medical Journal), may potentially be used to help guide decisions about who to screen for prostate cancer and at what age.

“The existing PSA test is useful, but it is not precise enough to be used indiscriminately on all men,” said the study’s first author, Tyler M. Seibert, MD, PhD, chief resident physician in the Department of Radiation Medicine and Applied Sciences at UC San Diego School of Medicine. “As a result, it may prompt medical interventions like biopsy, surgery or radiotherapy that might not be necessary.”

Seibert, senior author Anders Dale, PhD, professor and co-director of the Center for Translational Imaging and Precision Medicine at UC San Diego School of Medicine, and colleagues in Europe, Australia and the United States, used genome-wide association studies (GWAS) to determine whether a man’s genetic predisposition to developing prostate cancer could be used to predict his risk of developing the aggressive and lethal form of the disease.

GWAS search individual genomes for small variations, called single-nucleotide polymorphisms (SNPs), that occur more frequently in people with a particular disease than in people without the disease. Hundreds or thousands of SNPs can be evaluated at the same time in large groups of people. In this case, researchers used data from over 200,000 SNPs from 31,747 men of European ancestry participating in the ongoing international PRACTICAL consortium project.

Using a method developed at UC San Diego, the researchers combined information from GWAS and epidemiological surveys to assess quantification for genetic risk at age of disease onset. “Polygenic Hazard Score methodology is specialized in finding age-dependent genetic risks and has already been proven to be very useful in predicting age of onset for Alzheimer’s disease”, said study co-author Chun Chieh Fan, MD, PhD, in the Department of Cognitive Science at UC San Diego.

“The polygenic hazard score was calculated from 54 SNPs and proved to be a highly significant predictor of age at diagnosis of aggressive prostate cancer,” said Seibert. “When men in the ProtecT dataset with a high polygenic hazard score were compared to those with average PHS, their risk of aggressive prostate cancer was at least 2.9 times greater.”

“And when we account statistically for the effect of the GWAS having disproportionately high numbers of men with disease compared to the general population, we estimate that the risk defined by the polygenic hazard score is 4.6 times greater.”

The study authors note that an individual’s genotype does not change with age, so the polygenic hazard score can be calculated at any time and used as a tool for men deciding whether and when to undergo screening for prostate cancer. This is especially critical for men at risk of developing prostate cancer at a very young age, before standard guidelines recommend consideration of screening.

“This kind of genetic risk stratification is a step toward individualized medicine,” said Dale, who also noted that PSA tests are much more predictive of aggressive prostate cancer in men with high polygenic hazard score than in those with low polygenic hazard score. This suggests that polygenic hazard score can help physicians determine whether to order a PSA test for a given patient, in the context of the patient’s general health and other risk factors.