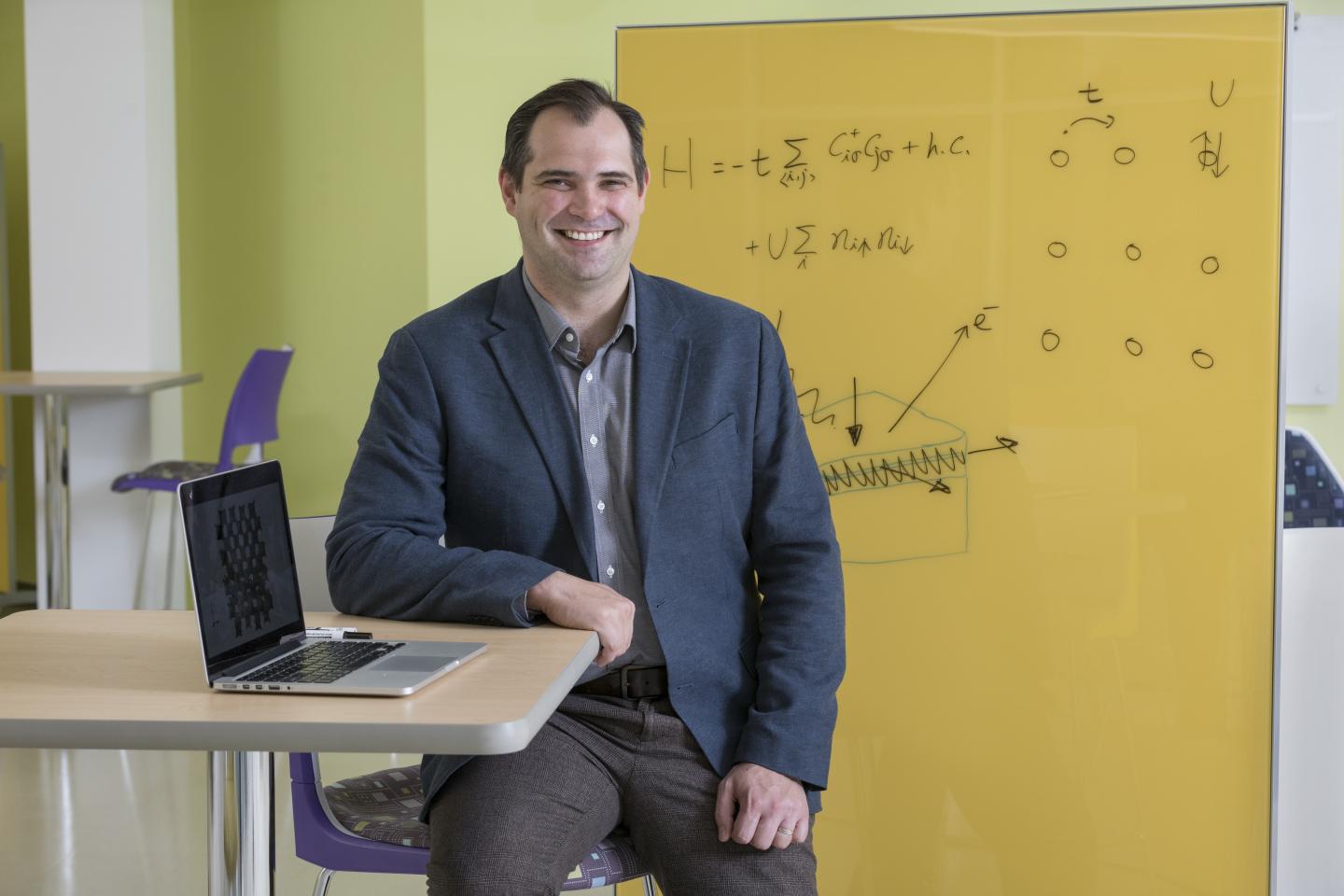 Computers in the future could be more energy-efficient, thanks to new research from Binghamton University, State University at New York.

Devices like drones depend on a constant WiFi signal – if the WiFi stops, the drone crashes. Louis Piper, associate professor of physics and director of materials science and engineering at Binghamton University, wants to make more energy-efficient computers, so things like drones could be responsive to their environment without worrying about a WiFi signal linking it to a larger computer machine.

“You could put 5G and 6G everywhere and assume that you have a reliable internet connection all the time, or you could address the problem with hardware processing, which is what we’re doing,” said Piper. “The idea is we want to have these chips that can do all the functioning in the chip, rather than messages back and forth with some sort of large server. It should be more efficient that way.”

Scientists have developed “neuristor” circuits that behave similarly to biological neurons in the human brain, which can perform complex computations using an incredibly small amount of power. More recently, a vital component of this neuristor circuit was created using niobium dioxide (NbO2), which replicates the switching behavior observed in ion channels within biological neurons. These NbO2 devices are created by applying a large voltage across a non-conductive niobium pentoxide (Nb2O5) film, causing the formation of conductive NbO2 filaments which are responsible for the important switching behavior. Unfortunately, this high-voltage and time-consuming post-fabrication process makes it near impossible to create the dense circuits needed for complex computer processors. In addition, these NbO2 devices require an additional companion capacitor to function properly within the neuristor circuit, making them more complex and unwieldy to implement.

“One of the main problems we have with trying to make these systems is the fact that you have to do this electroforming step,” said Piper. “Like with Frankenstein’s monster, you basically pulse a large amount of electricity through the material, and suddenly it becomes an active element. That’s not very reliable for an engineering step with fabrication. That’s not how we do things with silicon transistors. We like to fab them all and then they work right away.” In this study, Georgia Tech researchers created Nb2O5x-based devices that reproduce similar behavior of the combined NbO2/capacitor pair without the need for the added bolt of energy. Binghamton researchers verified the mechanism that was being proposed. This finding, said Piper, could lead to more inexpensive, energy-efficient, and high-density neuristor circuits than previously possible, accelerating the way to more energy efficient and adaptable computing.

“We want to have materials that inherently have some sort of switching operation themselves, which we can then utilize at the same dimensions where we’re meeting the end with silicon. The ability to scale and the ability to remove some sort of alchemy with regards to this electroforming process really makes it more in line with how we do semiconducting processing nowadays; this makes it more reliable. You can build a neuristor out of this, and because you don’t need the electroforming, it’s more reliable and what you can build an industry on.”

Now that they’ve verified the models, Piper and his team want to find out what’s going on in the actual device as it’s operating.

“The real effort at Binghamton has been toward trying to model, from an atomic point of view, the nature of these states, how they arise from physics and chemistry, and also instead of just looking at the inert materials and then correlating it with the device performance, can we actually see how these states evolve as we operate the device?” said Piper.

This researcher was supported by a grant from the Department of Defense.

The paper, “Scalable Memdiodes Exhibiting Rectification and Hysteresis for Neuromorphic Computing,” was published in Scientific Reports.