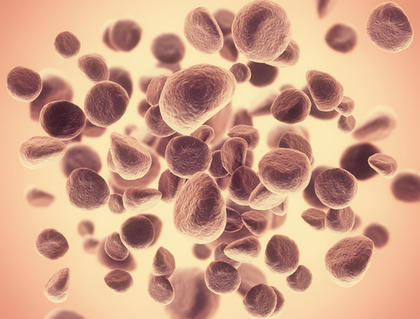 A small molecule called TASIN-1 can selectively kill cells with a mutation that is considered to be a precursor to colon cancer, while sparing related normal cells, UT Southwestern Medical Center cancer biologists have demonstrated. The mutated cells that are killed using TASIN-1 are found in more than 80 percent of colon tumors.

The findings could eventually help with both prevention and intervention efforts for colon cancer, which according to the National Cancer Institute is the third most common type of cancer in men and women and the second leading cause of cancer-related mortality in the United States.

“Even though such mutations are common in colorectal cancer, there are currently not any therapeutics that directly target these types of mutations, so this represents fresh avenues to approach,” said Dr. Jerry Shay, Professor of Cell Biology and a member of the Harold C. Simmons Comprehensive Cancer Center at UT Southwestern. “Our latest finding confirms that targeting TASINs is a viable approach.”

Using specifically engineered human colonic epithelial cells, researchers were able to screen over 200,000 small molecules using the high throughput screening core to identify TASIN-1 (truncated APC selective inhibitor). TASIN-1 is a small molecule that selectively kills cells that have a mutation in a gene called APC, or adenomatous polyposis coli. APC is a gene that suppresses the formation of tumors.

“Considering the high prevalence of APC mutations in colon cancer patients, targeting truncated APC could be an effective therapeutic strategy for prevention and intervention of colorectal cancer and could potentially be used as a marker for stratifying patients in future personalized medicine clinical trials,” said Dr. Shay, The Southland Financial Corporation Distinguished Chair in Geriatrics.

After demonstrating the concept worked on cells, researchers from the Shay/Wright lab and colleagues were able to confirm the results in genetically engineered mouse models that a susceptible to colon cancer as well. The research appears in Science Translational Medicine.