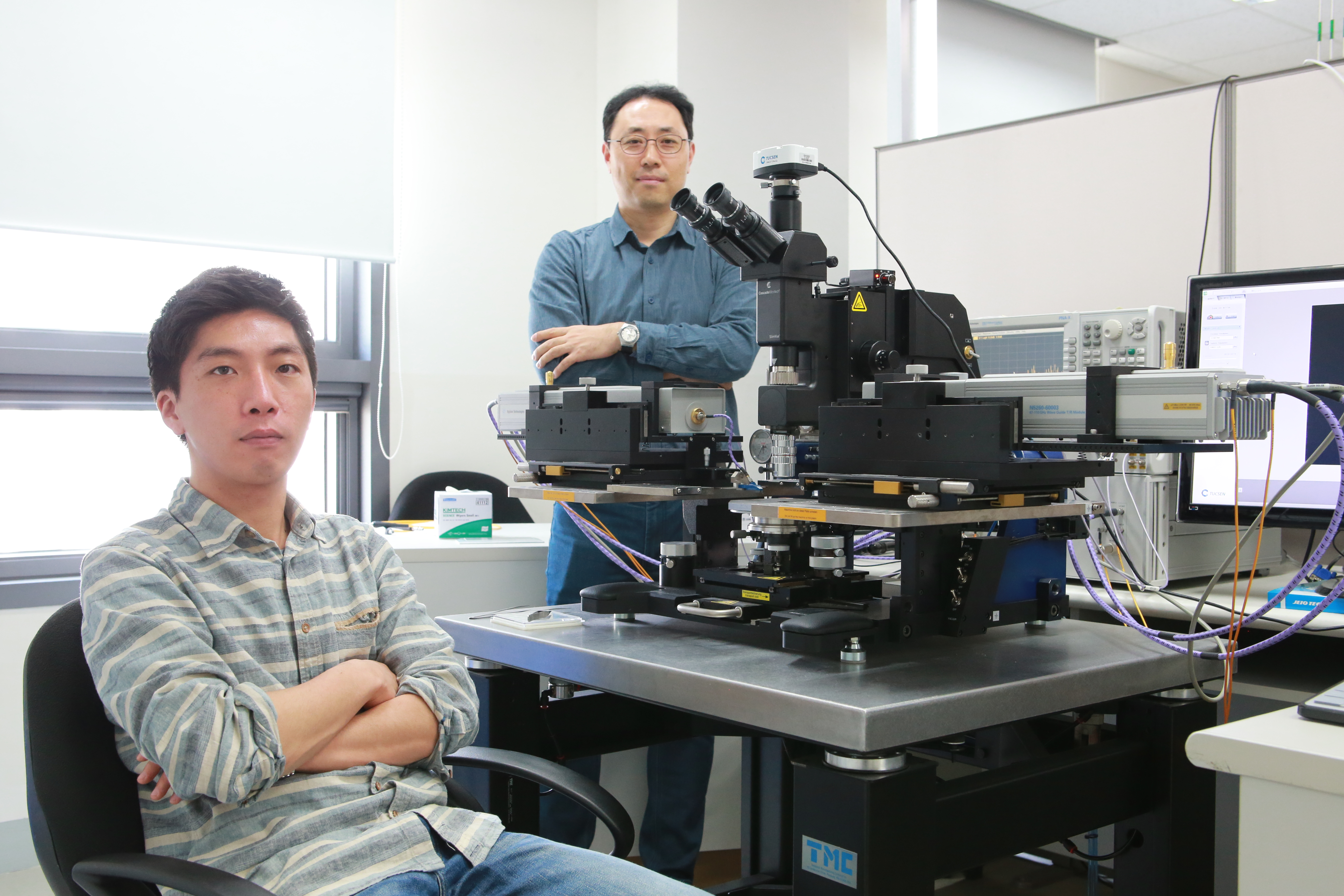 The DGIST (Daegu Gyeongbuk Institute of Science and Technology) Department of Information and Communication Engineering has developed a graphene-based high-performance transmission line with an improved operating speed of electrons than using the existing metal in high-frequency.

This is expected to contribute greatly to next generation’s high-speed semiconductor and communication device with much faster processing speed than the existing one.

DGIST announced Professor Jae Eun Jang’s team researched the high frequency transmission characteristics of single-layer graphene in the Department of Information and Communication Engineering, and developed a high-performance, high-frequency transmission line that induced an increase of device concentration inside graphene.

This result showed the characteristics of high frequency transmission with great improvement that can replace the metal used in the existing high-speed semiconductor processing, and its potential use as a transmission line of graphene is expected in the future.

Due to the high-integration and high speed of semiconductor devices, the resistance of metal wire in which signals among devices are transmitted has increased geometrically, reaching the limit of permissible current density. To resolve this issue, carbon-based nanostructures such as graphene and carbon nanotube, which are regarded as the substitutes of existing metals, have drawn attention as next generation new materials.

However, graphene has a hexagonal array of carbon, with very thin thickness of 0.3nm, electric conductivity that is 100 times greater than copper, and electron mobility that is 100 times faster than silicon. It has thus been mentioned as an electronic material that can replace the existing metal and semiconductor materials. However, pure graphene has too low device concentration of 1012 cm2 with thin structural characteristics of nanometer, which results in too high resistance of graphene.

In order to overcome such limitations, Jang’s team conducted a research to improve high frequency transmission characteristics of graphene by enhancing the device concentration inside graphene. By combining graphene and amorphous carbon, the team increased the device concentration of graphene and enhanced the electrical characteristics of graphene. The high frequency transmission of increased graphene was –8dB, which could be comparable to metal nano-lines with hundreds of nano-size.

The high frequency graphene transmission line developed by Professor Jang’s research team displayed high signal transmission efficiency and stable operating characteristics, which can be applied to the metal wiring processing of the existing semiconductor industry as well as next generation integrated circuit.

Professor Jae Eun Jang in the Department of Information and Communication Engineering said, “Along with device technology, transmission line is a very important technology in the semiconductor research field. We have developed a core base technology that can enhance the high frequency transmission of graphene that can be used as next generation transmission line. Thanks to the results of convergence research by experts in nano-engineering, electronic engineering and physics, we expect to use the graphene on high-frequency circuit such as MMIC  and RFIC .

This research was performed with the support of the Ministry of Science and ICT and basic research project of the National Research Foundation of Korea, and it has been selected to be published as a cover paper of Advanced Functional Materials.