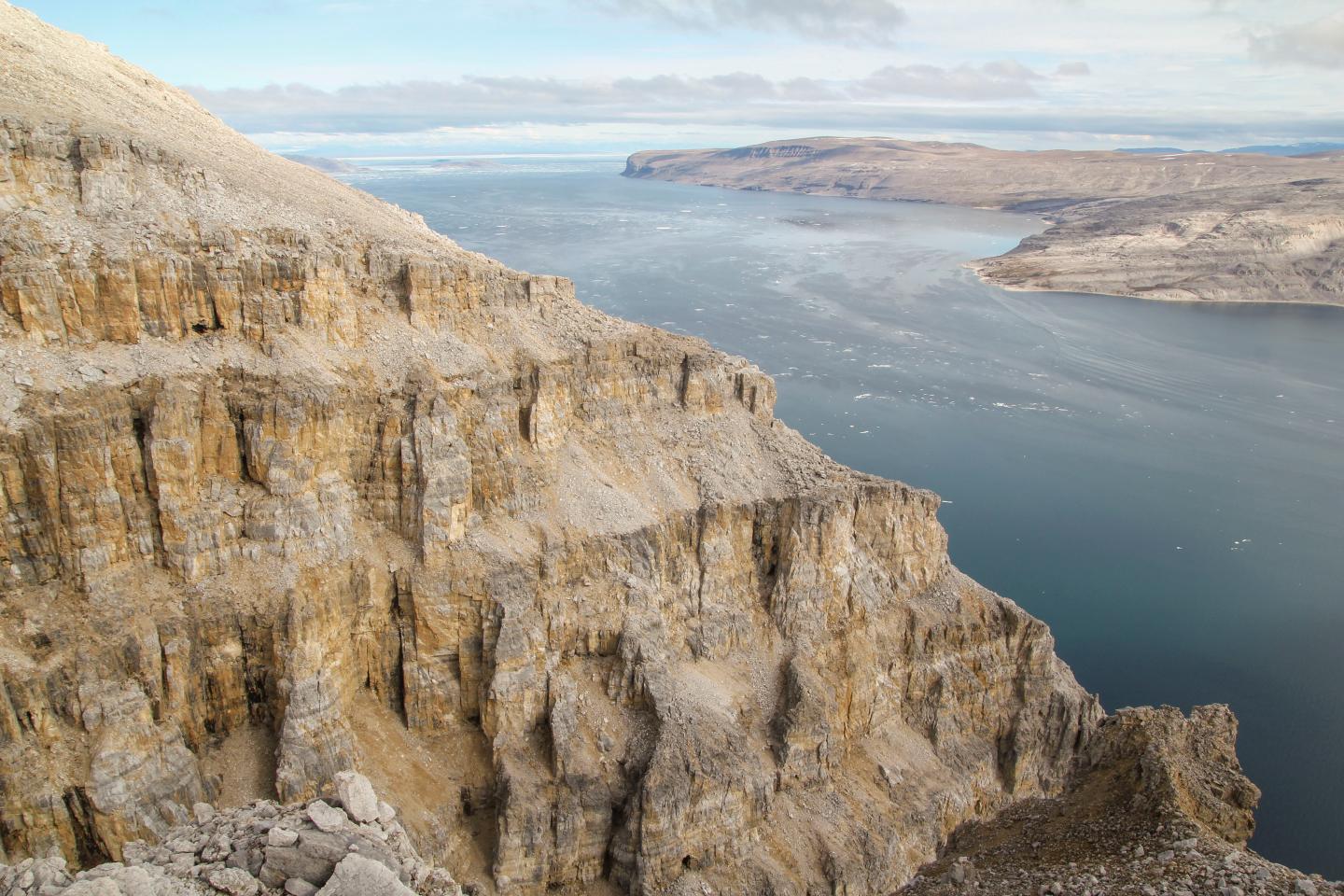 The world’s oldest algae fossils are a billion years old, according to a new analysis by earth scientists at McGill University. Based on this finding, the researchers also estimate that the basis for photosynthesis in today’s plants was set in place 1.25 billion years ago.

The study, published in the journal Geology, could resolve a long-standing mystery over the age of the fossilized algae, Bangiomorpha pubescens, which were first discovered in rocks in Arctic Canada in 1990. The microscopic organism is believed to be the oldest known direct ancestor of modern plants and animals, but its age was only poorly dated, with estimates placing it somewhere between 720 million and 1.2 billion years.

The new findings also add to recent evidence that an interval of Earth’s history often referred to as the Boring Billion may not have been so boring, after all. From 1.8 to 0.8 billion years ago, archaea, bacteria and a handful of complex organisms that have since gone extinct milled about the planet’s oceans, with little biological or environmental change to show for it. Or so it seemed. In fact, that era may have set the stage for the proliferation of more complex life forms that culminated 541 million years ago with the so-called Cambrian Explosion.

“Evidence is beginning to build to suggest that Earth’s biosphere and its environment in the latter portion of the ‘Boring Billion’ may actually have been more dynamic than previously thought,” says McGill PhD student Timothy Gibson, lead author of the new study.

To pinpoint the fossils’ age, the researchers pitched camp in a rugged area of remote Baffin Island, where Bangiomorpha pubescens fossils have been found There,despite the occasional August blizzard and tent-collapsing winds, they collected samples of black shale from rock layers that sandwiched the rock unit containing fossils of the alga. Using the Rhenium-Osmium (or Re-Os) dating technique, applied increasingly to sedimentary rocks in recent years, they determined that the rocks are 1.047 billion years old.

“That’s 150 million years younger than commonly held estimates, and confirms that this fossil is spectacular,” says Galen Halverson, senior author of the study and an associate professor in McGill’s Department of Earth and Planetary Sciences. “This will enable scientists to make more precise assessments of the early evolution of eukaryotes,” the celled organisms that include plants and animals.

Because Bangiomorpha pubescens is nearly identical to modern red algae, scientists have previously determined that the ancient alga, like green plants, used sunlight to synthesize nutrients from carbon dioxide and water. Scientists have also established that the chloroplast, the structure in plant cells that is the site of photosynthesis, was created when a eukaryote long ago engulfed a simple bacterium that was photosynthetic. The eukaryote then managed to pass that DNA along to its descendants, including the plants and trees that produce most of the world’s biomass today.

Origins of the chloroplast

Once the researchers had gauged the fossils’ age at 1.047 billion years, they plugged that figure into a “molecular clock,” a computer model used to calculate evolutionary events based on rates of genetic mutations. Their conclusion: the chloroplast must have been incorporated into eukaryotes roughly 1.25 billion years ago.

“We expect and hope that other scientists will plug this age for Bangiomorpha pubescens into their own molecular clocks to calculate the timing of important evolutionary events and test our results,” Gibson says. “If other scientists envision a better way to calculate when the chloroplast emerged, the scientific community will eventually decide which estimate seems more reasonable and find new ways to test it.”