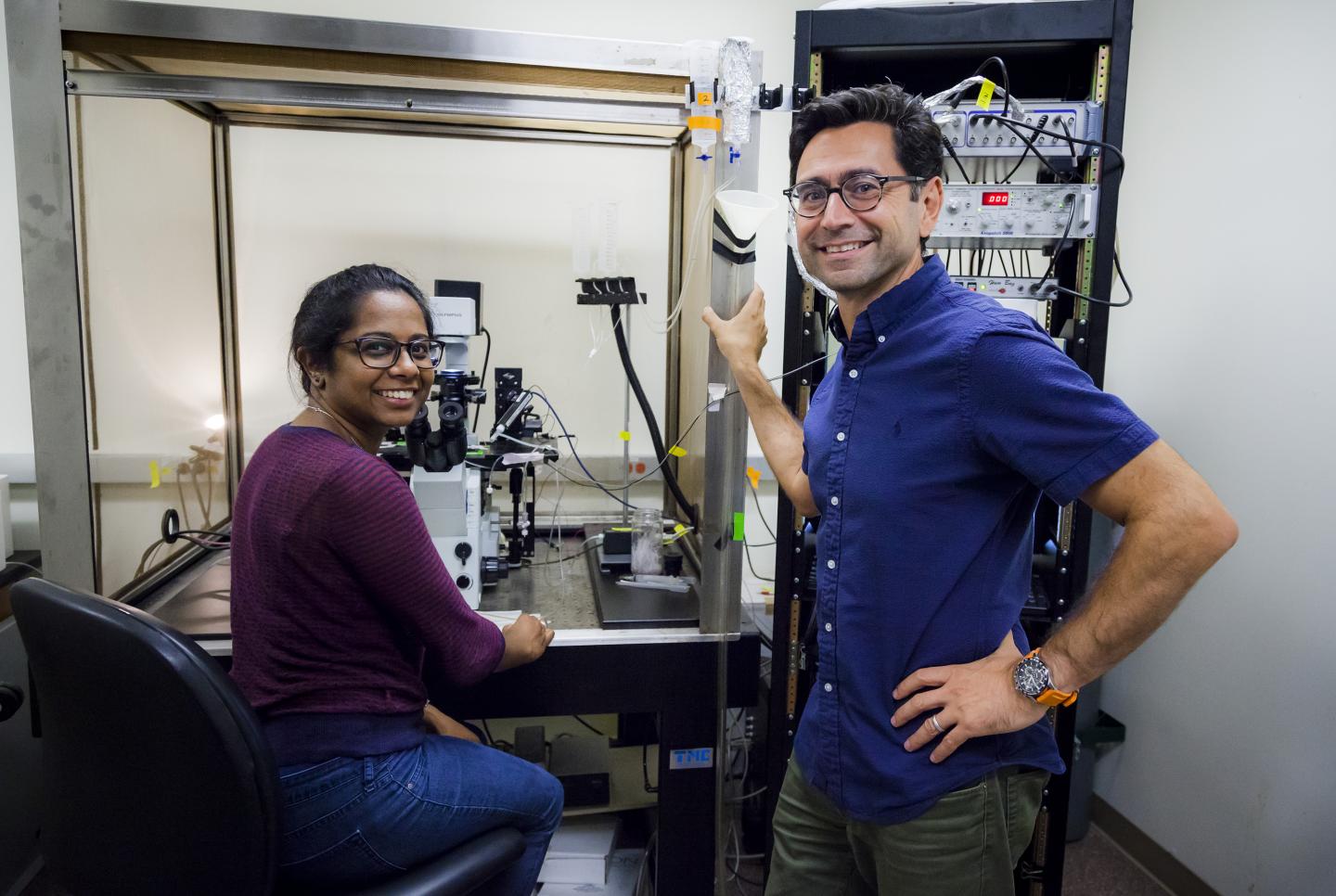 If you’ve ever been sunburned, you’ve experienced the dreaded pain of putting on a shirt the next day. Fabric that should feel soft turns into a layer of painful pressure. That kind of pain-from what should feel like a gentle touch-is called allodynia, and it’s a fact of life for many people who suffer from chronic conditions, such as fibromyalgia or nerve damage from chemotherapy. There are limited options to help these patients.

Now scientists at Scripps Research have identified the molecule in neurons responsible for tactile allodynia, a protein called PIEZO2. It was originally discovered in the lab of Ardem Patapoutian, PhD, who led the work to determine its role in allodynia in mice.

The new Scripps Research study was published this week in the journal Science Translational Medicine alongside a study led by the National Institutes of Health that showed Piezo2 is also responsible for allodynia in humans.

“These two studies provide validation that targeting PIEZO2 could be beneficial in the clinic,” says Patapoutian, professor at Scripps Research and investigator with the Howard Hughes Medical Institute.

“We hope that these results will help researchers develop better treatments for managing this common form of pain,” says Alexander T. Chesler, PhD, a Stadtman Investigator at the NIH’s National Center for Complementary and Integrative Health (NCCIH) and study author of the study in humans.

For both studies, the researchers induced allodynia using various methods including application of capsaicin, the irritating molecule active in chili peppers, to areas of the skin. Capsaicin is known to sensitize neurons, causing inflammation similar to a sunburn.

Swetha Murthy, PhD, first author of the Scripps Research study, looked at how mice reacted to gentle touch after they were exposed to capsaicin. While normal mice experienced allodynia, the mice with PIEZO2 “knocked out” did not react. The same held true when Chesler tested humans with mutations that inactivated their PIEZO2.

“It was very gratifying to see this in both studies,” says Murthy. “It usually takes years to confirm if results observed in mice hold true in humans, so I think it was mutually exciting for both groups.”

Going forward, the researchers want to understand exactly how inflammation interferes with normal touch signals. They are also interested in identifying small molecules that block PIEZO2. Topical application of such PIEZO2 blockers could be beneficial for patients suffering from neuropathic pain.