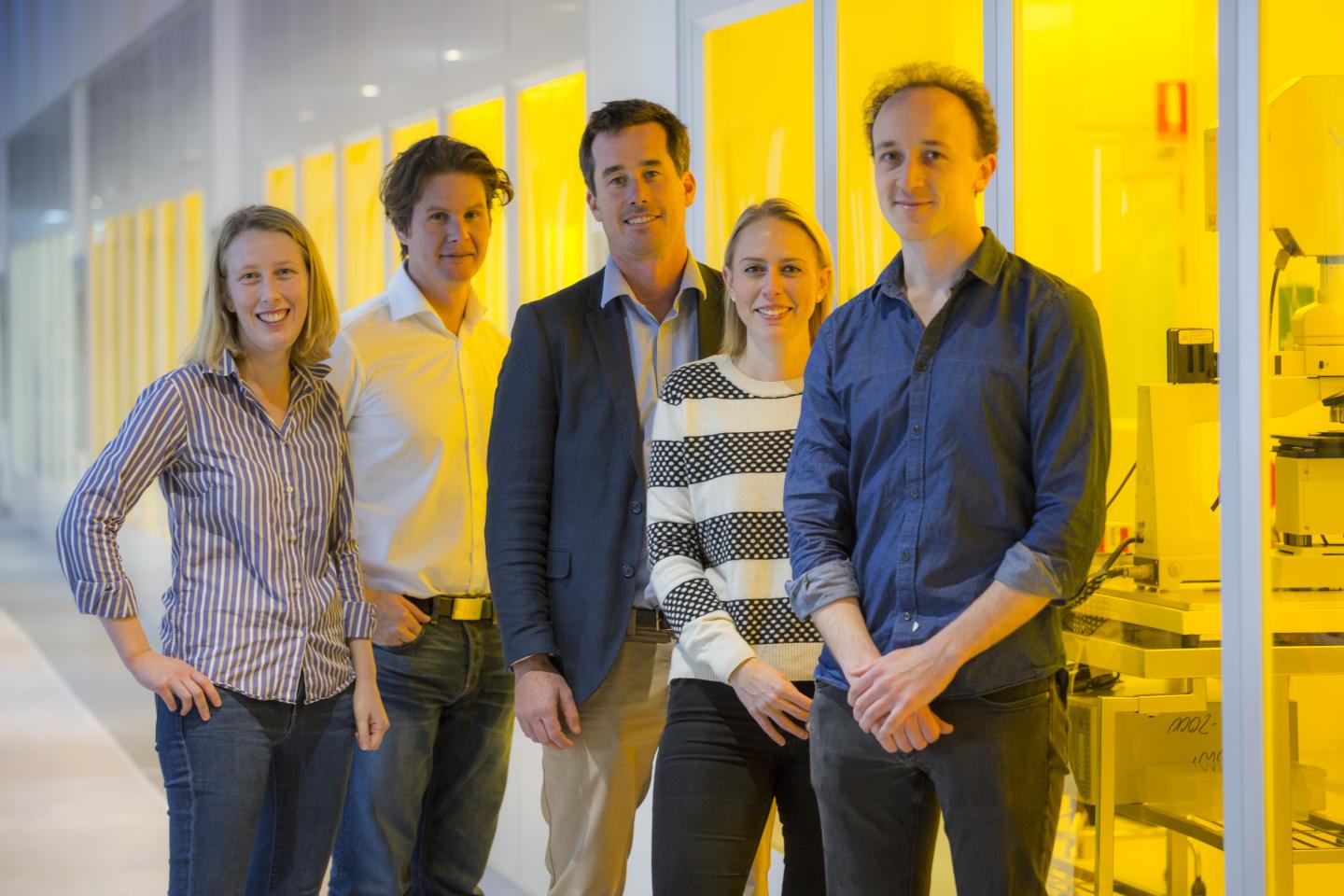 Scientists at the University of Sydney are entering a new phase of development to scale up the next generation of quantum-engineered devices.

These devices will form the heart of the first practical topological* quantum computers.

A study released today in Nature Communications confirms one of the prerequisites for building these devices.

An author of that paper, Dr Maja Cassidy, said: “Here at Station Q Sydney we are building the next generation of devices that will use quasiparticles known as Majorana fermions as the basis for quantum computers.”

Dr Cassidy said the $150 million Sydney Nanoscience Hub provides a world-class environment in which to build the next generation of devices.

Microsoft’s Station Q will move scientific equipment into the Nanoscience Hub’s clean rooms – controlled environments with low levels of pollutants and steady temperatures – over the next few months as it increases capacity to develop quantum machines.

Dr Cassidy said that building these quantum devices is a “bit like going on a detective hunt”.

“When Majorana fermions were first shown to exist in 2012, there were many who said there could be other explanations for the findings,” she said.

A challenge to show the findings were caused by Majoranas was put to the research team led by Professor Leo Kouwenhoven, who now leads Microsoft’s Station Q in the Netherlands.

The paper published today meets an essential part of that challenge.

In essence, it proves that electrons on a one-dimensional semiconducting nanowire will have a quantum spin opposite to its momentum in a finite magnetic field.

“This information is consistent with previous reports observing Majorana fermions in these nanowires,” Dr Cassidy said.

She said the findings are not just applicable to quantum computers but will be useful in spintronic systems, where the quantum spin and not the charge is used for information in classical systems.

Dr Cassidy conducted the research while at the Technical University Delft in the Netherlands, where she held a post-doctorate position. She has since returned to Australia and is based at the University of Sydney Station Q partnership with Microsoft.

University of Sydney Professor David Reilly is the director of Station Q Sydney.

“This is practical science at the cutting-edge,” Professor Reilly said. “We have hired Dr Cassidy because her ability to fabricate next-generation quantum devices is second to none.”

He said Dr Cassidy was one of many great minds attracted to work at Station Q Sydney already this year. “And there are more people joining us soon at Sydney as we build our capacity.”