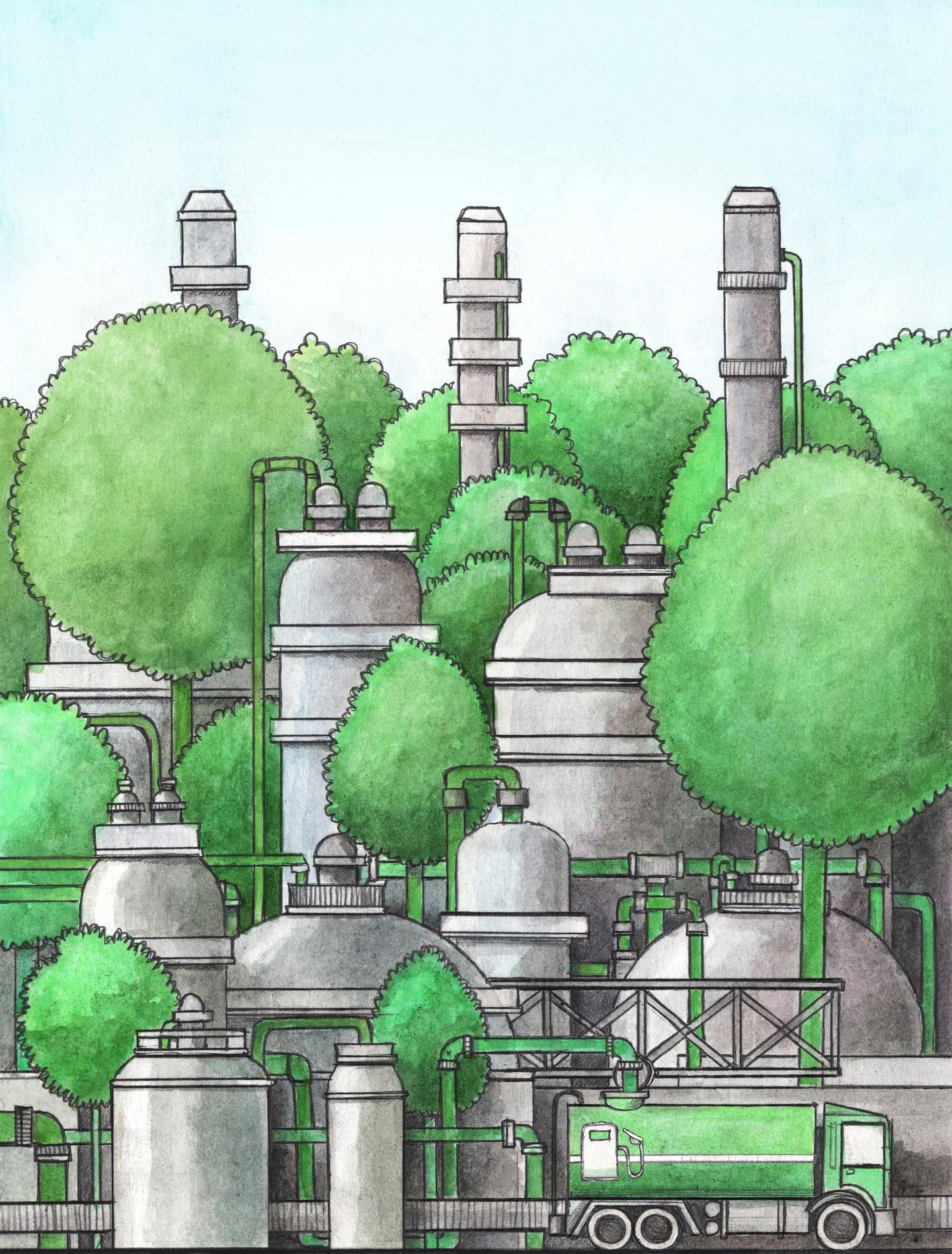 Bioscience engineers at KU Leuven, Belgium, already knew how to make gasoline in the laboratory from plant waste such as sawdust. Now the researchers have developed a roadmap, as it were, for industrial cellulose gasoline.

In 2014, at KU Leuven’s Centre for Surface Chemistry and Catalysis, researchers succeeded in converting sawdust into building blocks for gasoline. A chemical process made it possible to convert the cellulose – the main component of plant fibres – in the sawdust into hydrocarbon chains. These hydrocarbons can be used as an additive in gasoline. The resulting cellulose gasoline is a second generation biofuel, explains Professor Bert Sels. “We start with plant waste and use a chemical process to make a product that is a perfect replica of its petrochemical counterpart. In the end product, you can only tell the difference with fossil gasoline using carbon dating.”

For this type of bio-refining, the researchers built a chemical reactor in their lab, with which they can produce cellulose gasoline on a small scale. “But the question remained how the industry can integrate this and could produce it in large quantities. Our researcher, Aron Deneyer, has now investigated this. He examined in which section of the existing petroleum refining process the cellulose is best added to the petroleum to obtain a strongly bio-sourced gasoline. In other words, we now have a ready-to-use recipe for cellulose gasoline that the industry can apply directly: without loss of quality for the gasoline and making maximum use of existing installations.”

Cellulose gasoline must be seen as a transitional phase, Professor Sels emphasises. “The cellulose is still mixed with petroleum: this gasoline will never be sourced 100 percent from renewable raw materials. Current consumption is too high to produce all gasoline from plant waste. However, our product does already offer the possibility of using greener gasoline while a large proportion of the vehicles on our roads still run on liquid fuel. In the future, we will remain dependent on liquid fuels, albeit to a lesser extent, and then they may indeed be fully bio-based. We therefore suspect that the industry will show interest in this process.”