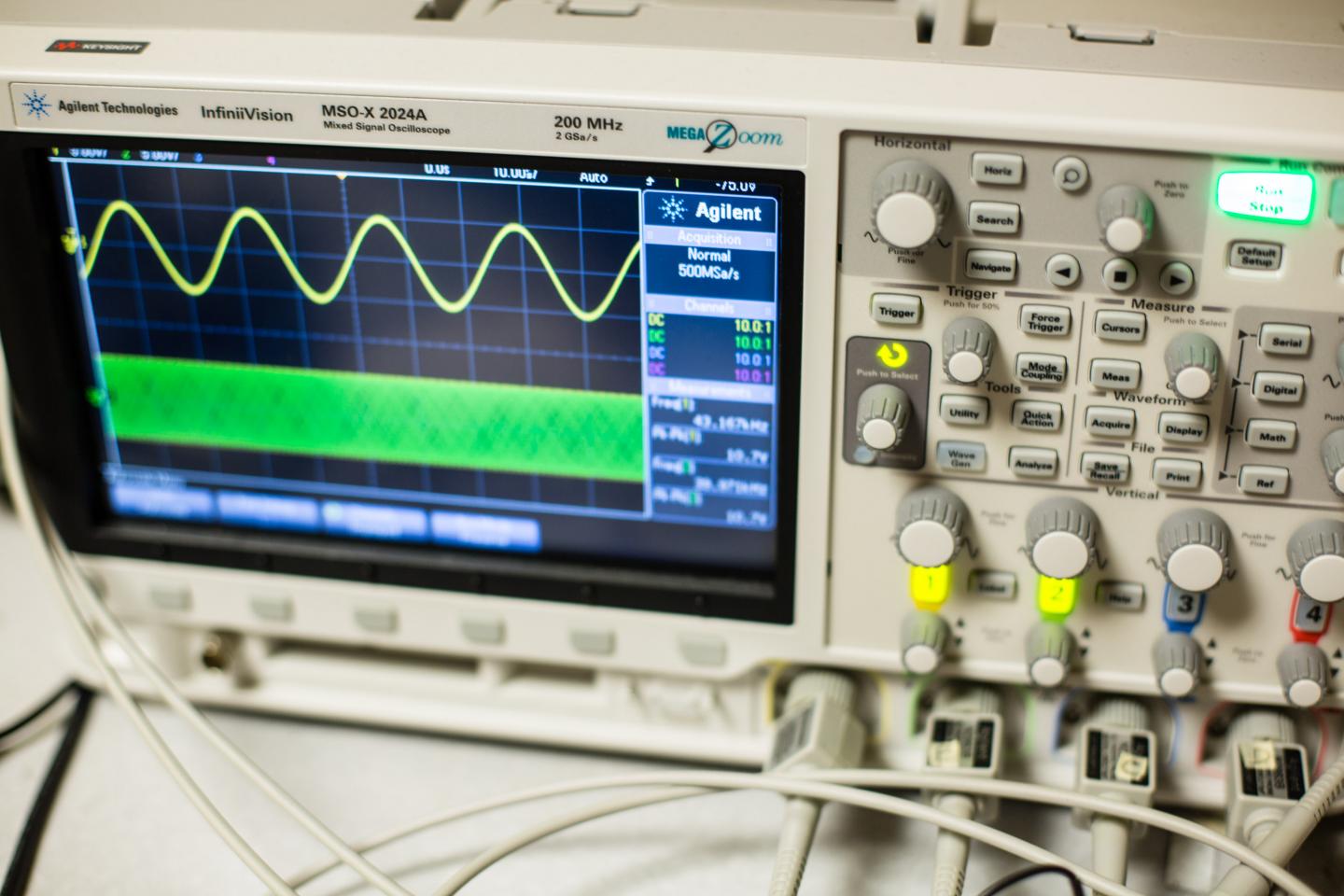 Microphones, from those in smartphones to hearing aids, are built specifically to hear the human voice — humans can’t hear at levels higher than 20 kHz, and microphones max out at around 24 kHz, meaning that microphones only capture the sound we can hear with our ears.

However, researchers at the Coordinated Science Laboratory at the University of Illinois have designed a sound that is completely inaudible to humans (40 kHz or above) yet is audible to any microphone. The sound combines multiple tones that, when interacting with the microphone’s mechanics, create what researchers call a “shadow,” which is a sound that the microphones can detect.

“Imagine having a private conversation with someone. You can broadcast this inaudible signal, which translates to a white noise in the microphone, to prevent any spy microphones from recording voices,” said Roy, a PhD student in electrical and computer engineering. “Because it’s inaudible, it wouldn’t interfere at all with the conversation.”

According to the researchers, military and government officials could secure private and confidential meetings from electronic eavesdropping or cinemas and concerts could prevent unauthorized recording of movies and live performances.

The signal can also be used to send communication between Internet of Things (IoT) devices, such as an Amazon Echo or Google Home, which would reduce the growing load on Bluetooth, since Bluetooth is primarily how IoT devices communicate. They also foresee that this signal could protect users from unauthorized recording when communicating with voice-activated systems.

“We thought, can we design an application so that when you are actually giving a message, like to an Amazon Echo, no one can record your voice to the Amazon Echo if we’re playing this sound?” said Roy. “Voice-activated systems are everywhere, so now it is important to build defenses against attacks that can be launched through your voice.”

The team acknowledges there may be ways to misuse this technology, though they hope that by knowing the problems that can arise, they can build measures to protect against it.

“Inaudible sound jammers, could, for example, affect someone wearing a hearing aid because the internal microphone would pick up that sound,” said Roy. “Or, for example, in a bank robbery, someone might be trying to make a phone call to 911, but this sound could jam all the phones trying to make calls.”

Like all techniques, inaudible sounds can be used in different ways, but “with this knowledge of how it can be used negatively, we can develop strategies to prevent it,” said Roy Choudhury, an associate professor of electrical and computer engineering.

The sound’s frequency is designed by the researchers and transmitted from ultrasonic speakers, but the microphone — the receiver of the signal — is not altered in anyway. Off-the-shelf microphones will react in the same way to the signal.

“Microphones are in millions of devices, including all of our smartphones,” said Hassanieh, an assistant professor of electrical and computer engineering. “And this signal can be received without modifying the microphone, making this technique readily available to interact with the devices around us.”