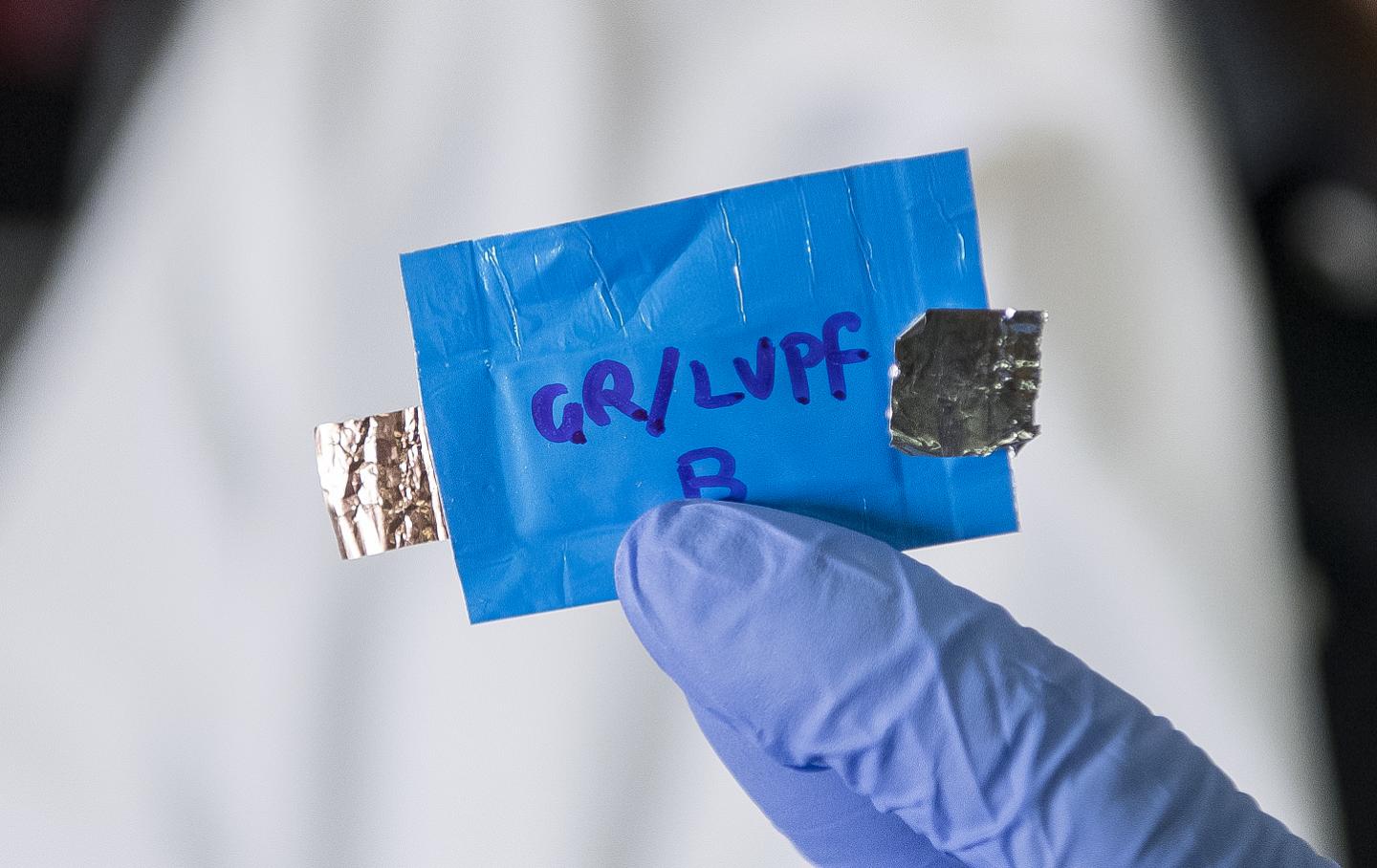 Researchers at the U.S. Army Research Laboratory and the University of Maryland have developed for the first time a lithium-ion battery that uses a water-salt solution as its electrolyte and reaches the 4.0 volt mark desired for household electronics, such as laptop computers, without the fire and explosive risks associated with some commercially available non-aqueous lithium-ion batteries.

This technology will bring the Soldiers a "completely safe and flexible Li-ion battery that provides identical energy density as the SOA Li-ion batteries. The batteries will remain safe - without fire and explosion - even under severe mechanical abuses," said co-senior author Dr. Kang Xu, ARL fellow who specializes in electrochemistry and materials science.

The research follows a 2015 study in Science (doi: 10.1126/science.aab1595) that produced a similar 3.0 volt battery with an aqueous electrolyte but was stymied from achieving higher voltages by the so-called "cathodic challenge," in which one end of the battery, made from either graphite or lithium metal, is degraded by the aqueous electrolyte. To solve this problem and make the leap from three volts to four, the first author, University of Maryland assistant research scientist Chongyin Yang, designed a new gel polymer electrolyte coating that can be applied to the graphite or lithium anode.

This hydrophobic coating expels water molecules from the vicinity of the electrode surface and then, upon charging for the first time, decomposes and forms a stable interphase--a thin mixture of breakdown products that separates the solid anode from the liquid electrolyte. This interphase, inspired by a layer generated within non-aqueous batteries, protects the anode from debilitating side reactions, allowing the battery to use desirable anode materials, such as graphite or lithium metal, and achieve better energy density and cycling ability.

"The key innovation here is making the right gel that can block water contact with the anode so that the water doesn't decompose and can also form the right interphase to support high battery performance," said co-senior author Chunsheng Wang, Professor of Chemical & Biomolecular Engineering at the University of Maryland's A. James Clark School of Engineering. The addition of the gel coating also boosts the safety advantages of the new battery when compared to standard non-aqueous lithium-ion batteries and boosts the energy density when compared to any other proposed aqueous lithium-ion batteries. All aqueous lithium-ion batteries benefit from the inflammability of water-based electrolytes as opposed to the highly flammable organic solvents used in their non-aqueous counterparts. Unique to this one, however, is that even when the interphase layer is damaged (if the battery casing were punctured, for instance), it reacts slowly with the lithium or lithiated graphite anode, preventing the smoking, fire, or explosion that could otherwise occur if a damaged battery brought the metal into direct contact with the electrolyte.

Though the power and energy density of the new battery are suitable for commercial applications currently served by more hazardous non-aqueous batteries, certain improvements would make it even more competitive. In particular, the researchers would like to increase the number of full-performance cycles that the battery can complete and to reduce material expenses where possible. "Right now, we are talking about 50-100 cycles, but to compare with organic electrolyte batteries, we want to get to 500 or more," Wang said.

The researchers also note that the electrochemical manipulations behind the jump to four volts have importance within battery technology and beyond. "This is the first time that we are able to stabilize really reactive anodes like graphite and lithium in aqueous media," says Xu. "This opens a broad window into many different topics in electrochemistry, including sodium-ion batteries, lithium-sulfur batteries, multiple ion chemistries involving zinc and magnesium, or even electroplating and electrochemical synthesis; we just have not fully explored them yet."

Xu said the interphase chemistry needs to be perfected before it can be commercialized. He also said more work needs to be done on scaling up the technology in big cells for testing. With enough funding, the 4-volt chemistry could be ready for commercializing in about five years, he said.