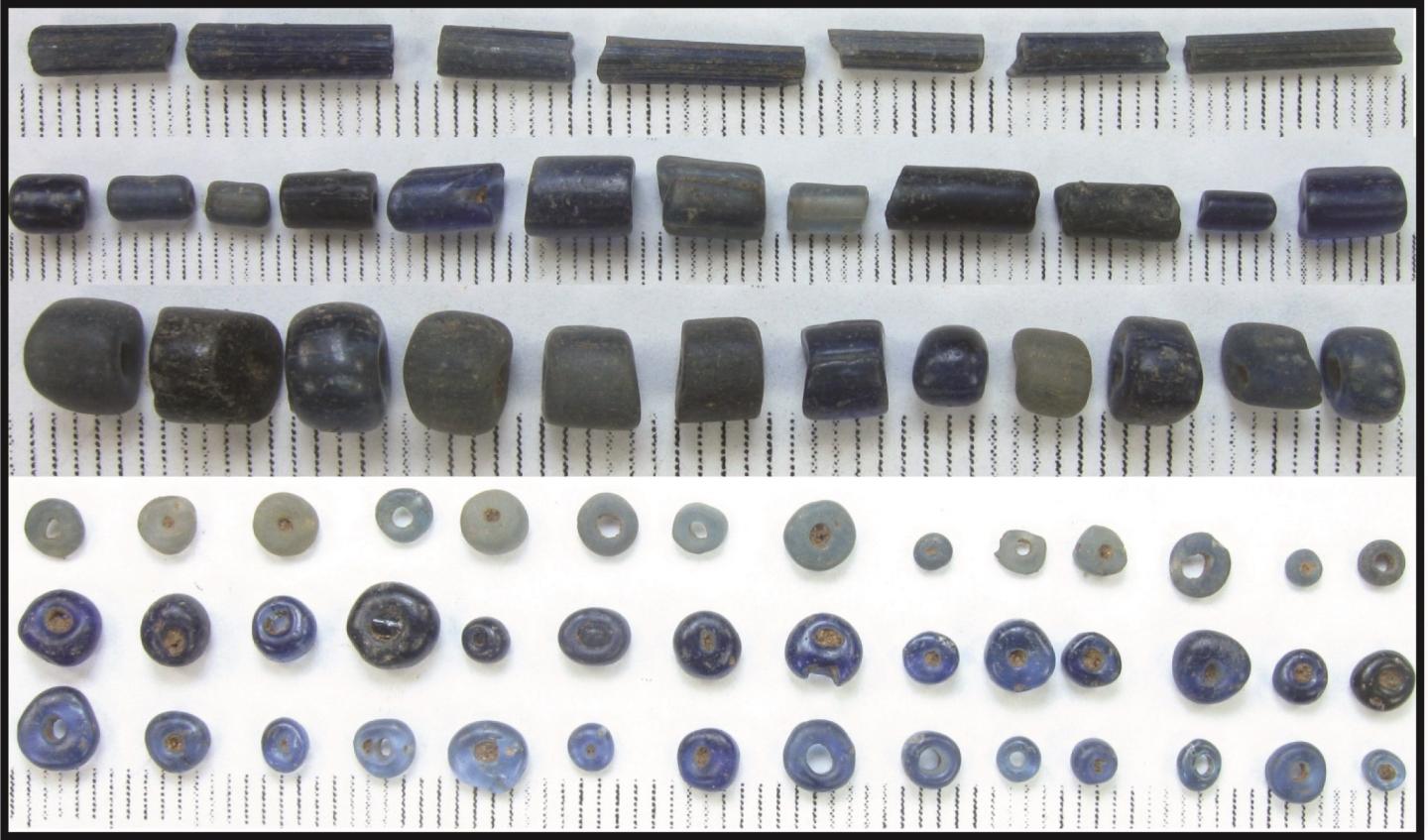 Scholars from Rice University, University College London and the Field Museum have found the first direct evidence that glass was produced in sub-Saharan Africa centuries before the arrival of Europeans, a finding that the researchers said represents a “new chapter in the history of glass technology.”

The discovery is discussed in “Chemical Analysis of Glass Beads from Igbo Olokun, Ile-Ife (SW Nigeria): New Light on Raw Materials, Production and Interregional Interactions,” which will appear in an upcoming volume of the Journal of Archaeological Science.

Lead author Abidemi Babatunde Babalola, a recent graduate of Rice with a Ph.D. in anthropology and a visiting fellow at Harvard University, came across evidence of early glassmaking during archaeological excavations at Igbo Olokun, located on the northern periphery of Ile-Ife in southwestern Nigeria. He recovered more than 12,000 glass beads and several kilograms of glass-working debris.

“This area has been recognized as a glass-working workshop for more than a century,” Babalola said. “The glass-encrusted containers and beads that have been uncovered there were viewed for many years as evidence that imported glass was remelted and reworked.”

However, 10 years ago this idea was challenged when analyses of glass beads attributed to Ile-Ife showed that some had a chemical composition very different from that of known glass production areas. Researchers raised the possibility of local production in Ife, although direct evidence for glassmaking and its chronology was lacking.

“The Igbo Olokun excavations have provided that evidence,” Babalola said.

The researchers’ analysis of 52 glass beads from the excavated assemblage revealed that none matched the chemical composition of any other known glass-production area in the Old World, including Egypt, the eastern Mediterranean, the Middle East and Asia. Rather, the beads have a high-lime, high-alumina (HLHA) composition that reflects local geology and raw materials, the researchers said. The excavations provided evidence that glass production at Igbo Olokun dates to the 11th through 15th centuries A.D., well before the arrival of Europeans along the coast of West Africa.

Babalola said the presence of the HLHA glass at other important early West African sites suggests that it was widely traded. He hopes the research will cast more light on the innovation and development of glass in early sub-Saharan Africa and how the regional dynamics in glass production connect with the global phenomenon of glass invention and exchange. He also hopes his work will help researchers understand its impact on the social, political and economic fabrics of the African societies.