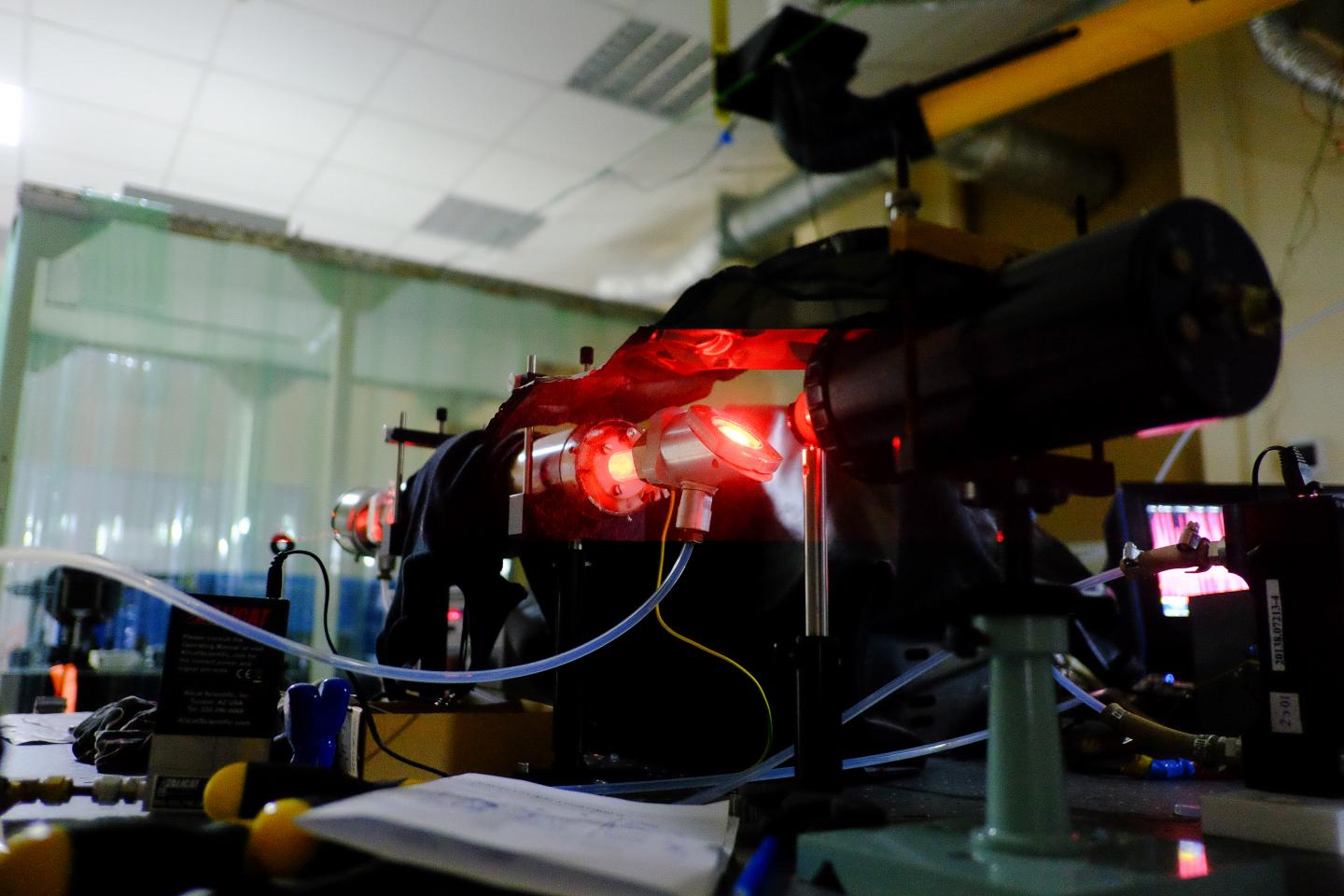 The described processes make it possible to understand how complex molecules that are related to the origin of life in the Universe are formed.

Until now, in the scientific community there has been the prevailing view that thermal processes associated exclusively with the combustion and high-temperature processing of organic raw materials such as oil, coal, wood, garbage, food, tobacco underpin the formation of PAHs. However, the scientists from Samara University, together with their colleagues from the University of Hawaii, Florida International University, and Lawrence Berkeley National Laboratory proved that the chemical synthesis of PAHs can occur at very low temperatures, namely -183 C.

Their attention to this topic was attracted, among other things, by the results of the NASA and the European Space Agency mission “Cassini-Huygens” to Saturn’s largest moon, Titan. During the space mission of an automatic interplanetary station the benzene molecule was discovered in the atmosphere of Titan. This, in turn, led scientists to believe that the emergence and growth of the orange-brownish haze layers that surround this moon is exactly the responsibility of PAHs. However, the fundamental chemical mechanisms leading to the chemical synthesis of PAHs in the atmosphere of Titan at very low temperatures were not disclosed.

Within the framework of the megagrant “Development of Physically Grounded Combustion Models” under the guidance of Professor of Florida International University Alexander Mebel, the scientists from Samara University searched for the mechanisms of PAH formation using modern high-precision quantum chemical calculation methods. Based on these data, their colleagues from the University of Hawaii and Lawrence Berkeley National Laboratory conducted laboratory experiments that confirmed that prototypes of PAH molecules (anthracene and phenanthrene) are synthesized in barrier-free reactions that take place at low temperatures typical of Titan atmosphere. Anthracene and phenanthrene, in turn, are the original “bricks” for larger PAH molecules, as well as precursors of more complex chemical compounds that were found in the orange-brownish organic haze layers surrounding the moon of Saturn.

“Experimental detection and theoretical description of these elementary chemical reactions change the well-established notion that PAHs can be formed and are able to grow only at very high temperatures, for example, in flames of organic fuels under terrestrial conditions, – concluded Alexander Mebel. – And this means that our discovery leads to the changing of existing scientific views on how PAHs can be formed and grow.”

“Traditionally, models of PAH synthesis in hydrocarbon-rich atmospheres of the planets and their moons, such as Titan, assumed the presence of high temperatures, – emphasizes Professor at the University of Hawaii Ralf Kaiser. We provide evidence for a low-temperature reaction pathway”.

Understanding the mechanism of PAH growth at low temperatures will allow scientists to understand how complex organic molecules that are related to the origin of life can be formed in the Universe. “Molecules similar to small PAHs, but containing nitrogen atoms, are key components of ribonucleic acids (RNA, DNA) and some amino acids, that is, components of proteins, – notes Alexander Mebel. – Therefore, the growth mechanism of PAHs can be associated with chemical evolution in the Universe, leading to the origin of life”.

Moreover, the study of the atmosphere of Titan helps to understand the complex chemical processes occurring not only on the Earth, but also on other moons and planets. “Using new data, scientists can better understand the origin of life on the Earth at the time when nitrogen was more common in its atmosphere, as it is now on Titan”, – said Musahid Ahmed, a scientist at Lawrence Berkeley National Laboratory.

As for the application of the presented work it should be mentioned that the understanding the mechanism of PAH growth in flames will allow the scientists of Samara University to offer engineers the mechanisms to reduce the release of these carcinogenic substances in the exhaust of various types of engines. And this is one of the main goals of the megagrant implemented by the University.